Good news all round as Goodwood reflects on a long, hot week 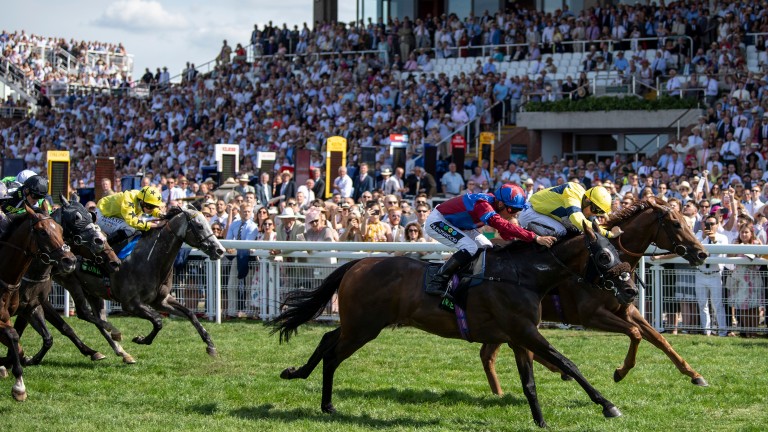 Crowd figures for the Qatar Goodwood Festival were marginally down from last year, but general manager Alex Eade was in a positive mood as he reflected on a long, hot week of excellent racing.

"It was pretty successful and I was especially pleased with how the changes we made to the public areas worked," he said.

"We've done a lot of work on how people flow around the racecourse, the food outlets, the betting concessions and so on, and even when we were sold out on Saturday it was still comfortable.

"We're always very conscious of how it looks and it was the best we've ever had it. The bar in the champagne lawn used to be a temporary structure, but that's been replaced by a new building that completes the work that was begun about 20 years ago. It's by the same architect, Sir Michael Hopkins, and as well as being a great new bar it joins the whole place together and makes it greater than the sum of its parts."

According to Eade, the crowd total for the five days was 98,833, around two or three per cent lower than last year. 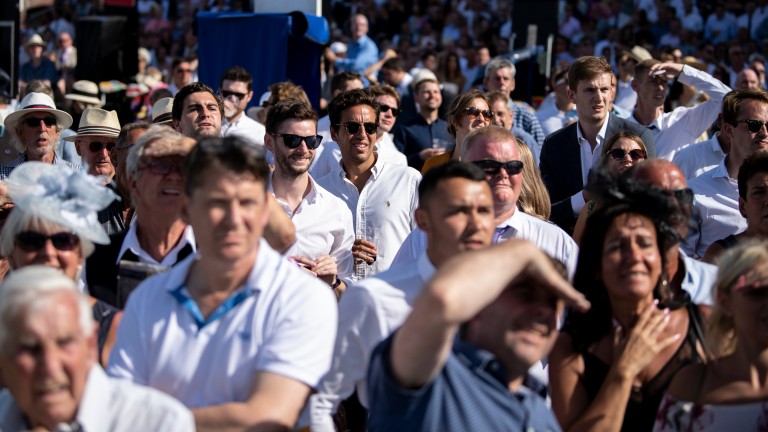 Racegoers watching on the final day at Goodwood
Edward Whitaker

Breaking it down, he said: "Tuesday and Wednesday were a bit slow, Wednesday in particular. I think last year's experience might have been a factor, as the Wednesday was the wettest day anyone could remember at Goodwood. People are creatures of habit and if Wednesday is the day they like to go they might have thought twice about it after last year.

"It picked up for ladies' day on Thursday, Friday was practically sold out and Saturday definitely was. Overall, it was better than we expected, even though we were down on last year, because it's been a long summer already and people have been out a lot spending their money on other things. The meeting was also a bit later than usual and a lot of people are away on holiday."

'I like the balance to the first three days'

The racing programme was identical to last year when the Nassau Stakes was switched from Saturday to Friday.

Eade, in his fourth year managing the festival, said: "I really like the balance to the first three days, with a Group 1 each day. The Friday and Saturday seem to work nicely too, but we may have another look at the balance, as Friday is quite Pattern-heavy, and Saturday less so.

"It wasn't the best renewal of the Gordon, but I think the Stewards' Cup and consolation race will remain on the same day, as they have been since way before my time."

Upgrading the Lennox Stakes to Group 1 remains an ambition, but not one likely to be achieved any time soon. 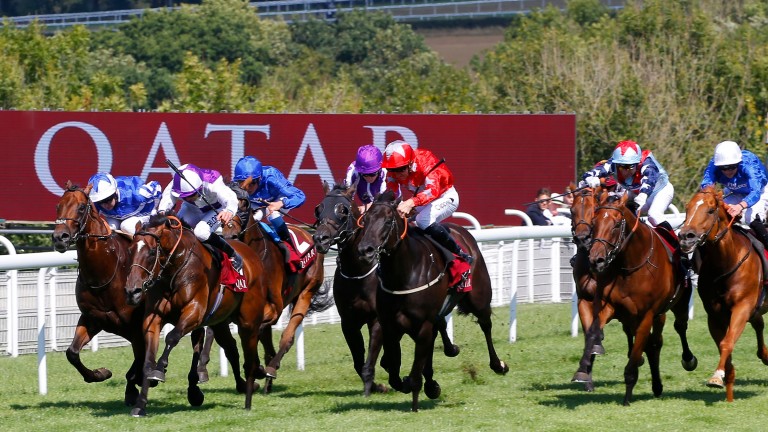 Eade explained: "We're still keen, but we need a couple of years of good renewals where the averages make the case for us. I think the threshold to get it to Group 1 is for end-of-season ratings of the first three to average 115 for three years running.

"I think we also still need to change some perceptions. We first have to get through the British Pattern Committee and there are some people on that who still don't think seven furlongs is a specialist distance. Then there's the clash with the Prix Maurice de Gheest, which the European committee would have to clear.

"Every time we knock down one hurdle another pops up, but our week shows it doesn't all have to be about Group 1s. There are cracking Group 2 and Group 3 races too."