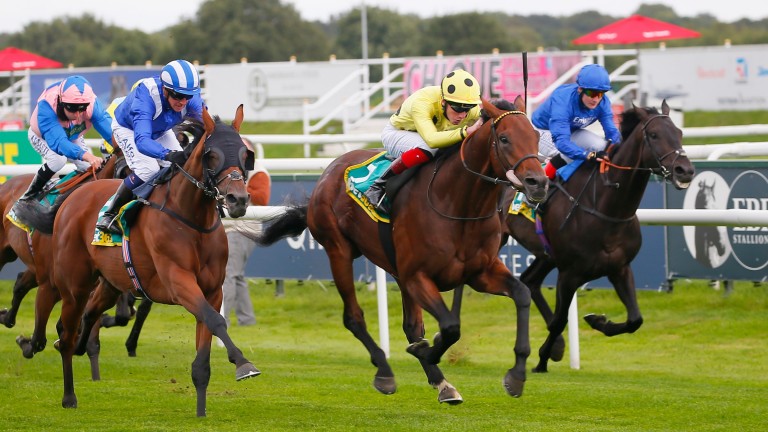 Apparate (yellow) lands the Mallard Stakes, one of the major handicaps at Doncaster's St Leger festival in line for an increase in prize-money
Mark Cranham
1 of 1
By Racing Post staff UPDATED 2:16PM, APR 23 2021

Arena Racing has announced prize-money increases originally scheduled for 2020 at two of its flagship meetings will be introduced this autumn.

The St Leger festival at Doncaster in September and the two-day fixture at Chepstow in October, which for many signals the start of the jumps season proper, are in line for six-figure raises.

Arc director of racing Mark Spincer said: "The impact of the pandemic meant we were not in a position to implement the changes that we had been planned for 2020, but we are pleased to be able to strengthen the investment, particularly in the handicap programme, across the four days at Doncaster from this year.

"Chepstow's two-day Jumps Season Opener in October has thrived since moving to a Friday and Saturday meeting. We hope that by further strengthening some of the key races at the meeting, we can really help establish it among the premier fixtures in the British jumping calendar."

Interest in horseracing is on the rise in Ireland, according to a poll conducted by the Red C research company, with almost two fifths of the population (39 per cent) showing an interest in the sport – up from 23 per cent a year earlier.

The results come from a survey of 1,006 people undertaken between February 8-15, meaning the strong Irish showing at the Cheltenham Festival and Rachael Blackmore's Grand National triumph would not have been influencing factors.

The survey revealed 85 per cent of racing fans are missing attending meetings and once Covid-19 restrictions are lifted, almost one in five (19 per cent) plan to attend more fixtures than they did previously. The figure rises to 27 per cent for those aged between 18 and 34. 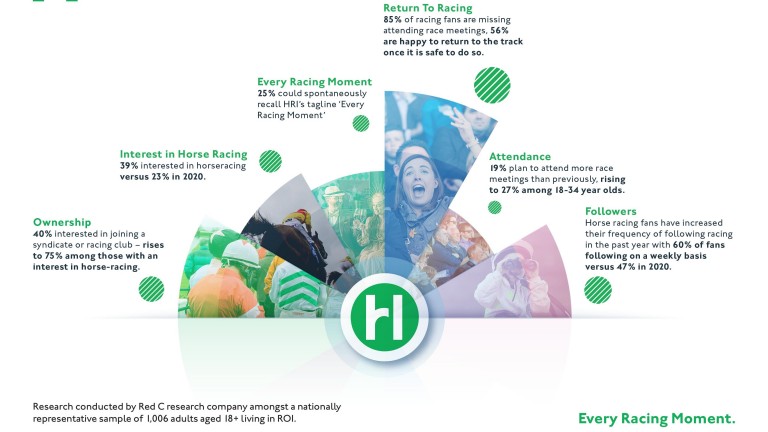 Three out of four followers of the sport are vinterested in becoming involved in ownership, while two in five of the general population (40 per cent) would be interested in joining a syndicate or racing club.

"The results of the poll demonstrate that interest in horseracing has increased through the pandemic," said HRI chief executive Brian Kavanagh. "While racing has been held behind closed doors since March of last year, it is heartening that such a large percentage of racing fans are eager for a return to the racecourse."

HRI Racecourses chief executive Paul Dermody, who also serves as HRI director of commercial and marketing, added: "The figure of 60 per cent for people who follow the sport on a weekly basis is well up on the 2020 equivalent of 47 per cent."

A strategy dedicated to the welfare of racing's workforce in Britain will be informed by a survey launched on Wednesday.

The survey, which runs until May 16, is open to everyone working across the thoroughbred racing and breeding industry.

An eight-person Wellbeing Committee has also been created by the sport, which includes the BHA's chief medical advisor Dr Jerry Hill, Lisa Hancock, the chief executive of the Injured Jockeys Fund, and  broadcaster Rishi Persad.

Its chair, Simon Jones, who has board level executive experience within the NHS, said: "The industry's Wellbeing Committee will oversee the delivery of excellence in wellbeing, development and pastoral support of our people, and contribute to the continued improvement in the health of our sport."

Global insurance company Markel will sponsor the popular women's charity race at the Qatar Goodwood Festival for the next three years, it has been announced.

The Magnolia Cup is contested by 12 female jockeys who are not regular riders and are taught by trainers in the run-up to the contest. It has raised more than £1.6 million for multiple charities since its inception and this year will be its tenth running. 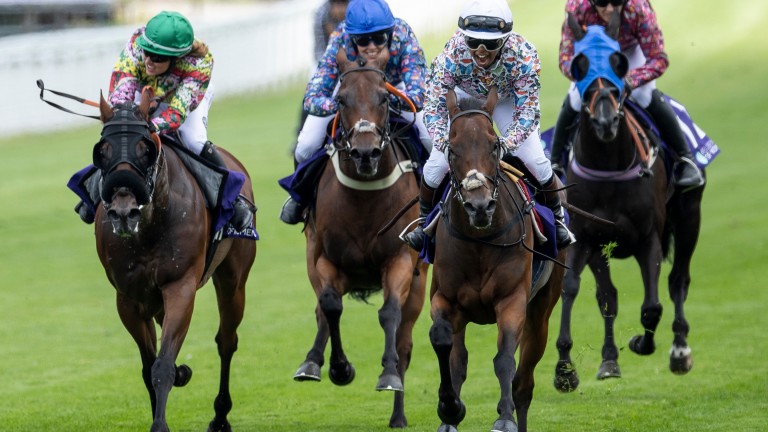 Markel has agreed a three-year sponsorship of the Magnolia Cup at the Qatar Goodwood Festival
Edward Whitaker / racingpost.com/photos

Khadijah Mellah claimed a famous victory in 2019 after becoming the first hijab-wearing jockey to ride in a competitive race in Britain.

Markel International president William Stovin said: "Markel has enjoyed a longstanding relationship with Goodwood and the values the Magnolia Cup are built upon mirror the values we hold as an organisation.

"We hope that across the next three years we can raise awareness of the importance of diversity and inclusion across all industries and the opportunities that it presents, along with being able to support some very worthy causes."

John Sexton has stood down after completing his third three-year term as chairman of Go Racing In Yorkshire.

He has been at the helm of the organisation that promotes racing at the county's nine courses since March 2012.

"It has been an honour and a privilege to be chairman of this amazing organisation, which has survived for more than 40 years because all the nine brilliant Yorkshire courses have worked together for the common good," he said. 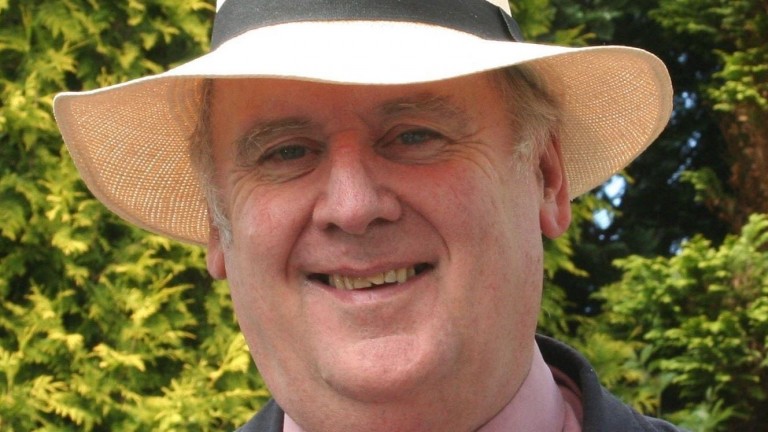 "There are so many areas of the racing game that could learn a big lesson from Go Racing In Yorkshire. So often what would be best for racing as a whole is wrecked by factional interests. If they looked to Yorkshire, they would see how things could be."

Sexton will continue to serve as chairman of the British Thoroughbred Retraining Centre.

FIRST PUBLISHED 3:15PM, APR 19 2021
As we get more certainty on the much needed return of spectators, we hope to make further positive announcements in due course