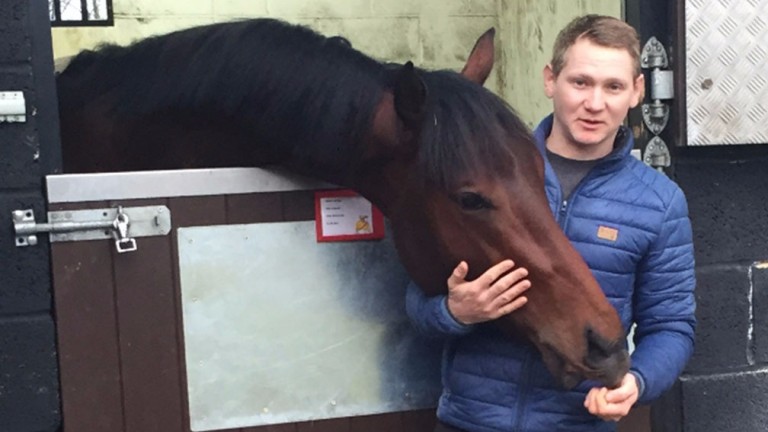 Luke McJannet: “I told the stewards straight after the inquiry that I was appealing this decision. It was shocking"
1 of 1
By Peter Scargill UPDATED 6:19PM, OCT 8 2019

Newmarket trainer Luke McJannet has decried the standard of British stewarding after successfully appealing the demotion of his horse at Chelmsford last month, a decision he said had left him feeling angry and disgusted with the rule enforcers.

Wild Flower, a seven-year-old mare trained by McJannet, 30, was first past the post in a 7f amateur riders' handicap at Chelmsford on September 26, only to be stripped of the race and placed second behind Islay Mist.

The stewards at the course deemed 7-1 shot Wild Flower had intimidated 9-1 chance Islay Mist when winning by a neck, having caused interference by edging right in the straight and taking the original runner-up off her line. Rider Becky Smith was banned for three days, a ruling that was not appealed.

However, the disciplinary panel, while agreeing there had been interference, overturned the decision on appeal last week and in its written reasons released on Monday stated there was no contact between the horses, that Islay Mist had not been impeded to a significant level and that she was “unable or unwilling” to go past Wild Flower anyway.

McJannet said: “On the night I was very angry and I was shocked. I was disgusted they were able to come up with that decision. I must have spoken to 40 people on the course that night and to a person they said to appeal it.

“I do understand that [Wild Flower] hangs but when you watch the race back from the camera behind you can see that six horses drifted to the right. I just couldn’t believe it. I told the stewards straight after the inquiry that I was appealing this decision. It was shocking.”

Raceday stewarding in Britain is in the midst of a revolution with the previous model of honorary voluntary stewards assisted by a stipendiary steward being replaced, with greater emphasis being placed on professional stewards employed directly by the BHA.

Last month the BHA completed its drawn-out search for a new head of stewarding with South African Shaun Parker appointed to the role. He is set to leave his position at the National Horseracing Authority in Durban on October 31 but no date has been announced for his start in Britain.

McJannet, who has trained six winners this year, believes there needs to be greater consistency in the application of the rules by stewards, and pointed to the speed at which the disciplinary panel overturned the decision as a sign of how much room there is for improvement.

“For me there is no consistency in these rules,” he said. “I appealed and didn’t take a solicitor because I was that sure we would get the race back. How could we not?

“Within four or five minutes [of making our case] we were back in and the judges agreed with us and were not able to see why the race had been taken off of us.

“Watching the video and listening to the audio it was the only conclusion you could come to. There has to be a consistency in the rules.”

The BHA highlighted the pressures stewards were under to reach a decision on the night. A spokesman said: “Stewards have to make immediate decisions in the midst of a sporting event. That is why an independent appeals process exists which offers a fair process for challenging stewarding decisions.

“It’s noted that the independent panel stated in their reasons that there was ‘an element of speculation involved in deciding what would have happened if there had been no interference’ and we accept their finding.”

FIRST PUBLISHED 5:55PM, OCT 8 2019
On the night I was very angry and I was shocked. I was disgusted they were able to come up with that decision

Who will be the new BHA chief exec? Here's the name on everyone's lips Yarmouth's Friday fixture switched to Wolverhampton amid concerns over track No regrets? Sheikh Fahad tweets and panel verdicts make for fascinating reading BHA confirms apprentice jockey tested positive for coronavirus Leading trainer Gary Moore given racecourse ban for breaching Covid-19 protocols Disappointing for Goodwood but talks will continue to get crowds back on course