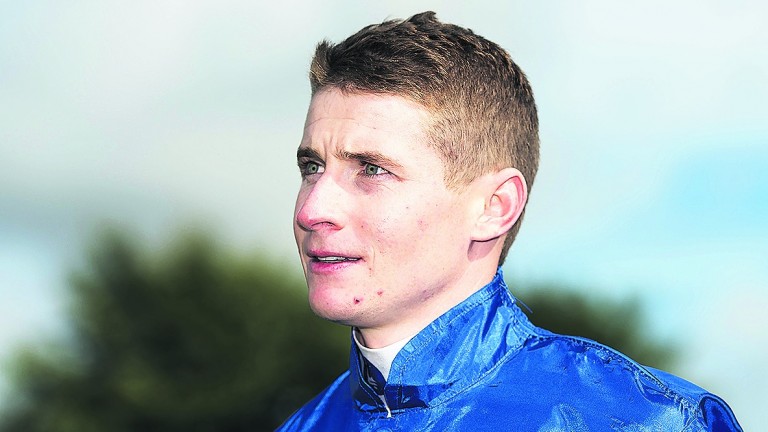 James McDonald: the leading rider will make his return from an 18-month ban in May
Edward Whitaker
1 of 1
By Tony McFadden UPDATED 8:06AM, MAR 8 2018

James McDonald, who was Godolphin's principal jockey in Australia prior to being hit with a betting ban, will return to race-riding in May after serving an 18-month suspension.

Racing New South Wales will issue McDonald with a licence to ride from May 15. He will be permitted to resume riding trackwork and in barrier trials from April 3 in order to aid his transition back to race-riding.

McDonald, who created such a big impression in Britain during the 2016 Flat season, had his contract with Godolphin terminated in December 2016 after he was suspended for the betting breach.

The rider was found to have profited from the win of the Godolphin-owned Astern when the subsequent Group 1 winner made a successful debut at Randwick on December 5, 2015.

Punter Anthony Gardiner placed the A$1,000 bet on McDonald's behalf, which returned A$4,000.

In a statement released after the sentence was passed, Godolphin said: "Godolphin agrees that there must be zero tolerance of any breaches of the prohibition on betting by a jockey.

"Godolphin has advised James McDonald that, as he is disqualified, he will be released from his current contract with immediate effect. This decision has been accepted by James."

The statement continued: "We will continue to support him throughout his suspension. His long-term future with Godolphin will be reviewed in due course by His Highness Sheikh Mohammed."

McDonald, who acknowledged breaking a rule of racing, appealed against the severity of the suspension but the original penalty was upheld.

FIRST PUBLISHED 7:55AM, MAR 8 2018
James McDonald will return to race-riding in May after serving an 18-month suspension