Latest RETIREMENT OF A WARRIOR 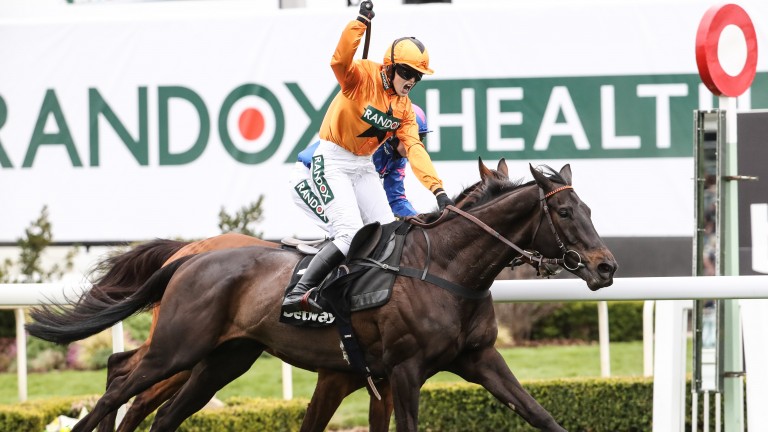 Connections of Tea For Two have called time on the dual Grade 1 hero's career after the popular ten-year-old finished eighth in the Glenfarclas Cross Country Handicap Chase at Cheltenham on Friday.

Tea For Two leaves a lasting legacy after becoming the first horse partnered by a woman rider to capture a Grade 1 prize when Lizzie Kelly steered him to a four-length victory in the 2015 Kauto Star Novices' Chase.

Kelly was also aboard for Tea For Two's finest hour when he dug in bravely to repel the challenge of Cue Card in a memorable finish to the 2017 Betway Bowl at Aintree.

"I feel like our careers were very aligned", said Kelly. "He won a bumper when I was a 7lb claimer and every step of the way he produced a big run to boost my career.

"He was the reason I decided to turn conditional as riding a staying chaser as talented as he was was a massive incentive for me.

"I was riding a horse way too good for a 7lb claimer at the time. You'd have probably expected a Richard Johnson or a Barry Geraghty to ride him instead.

"I'll never sit on a horse as good as him again. He took me to all the big days and it's the end of an era. He's helped create memories that will stay with me for a lifetime."

Reflecting on her personal highlight, Kelly added: "The Grade 1 victory at Aintree was brilliant. We only ran him to give him a spin round at the end of the season after falling in the Gold Cup and the last jump he produced when beating Cue Card, to clean up the mess I created at Cheltenham, was the bravest thing I've seen a horse do.

"Even in the Cross-Country race today he was loving it but the engine just cut out. To be able to draw stumps and retire him while he's still enjoying it is great. He's completely irreplaceable."

FIRST PUBLISHED 7:42PM, DEC 13 2019
To be able to draw stumps and retire him while he's still enjoying it is great. He's completely irreplaceable