Boost for punters with investors set to agree Tote deal 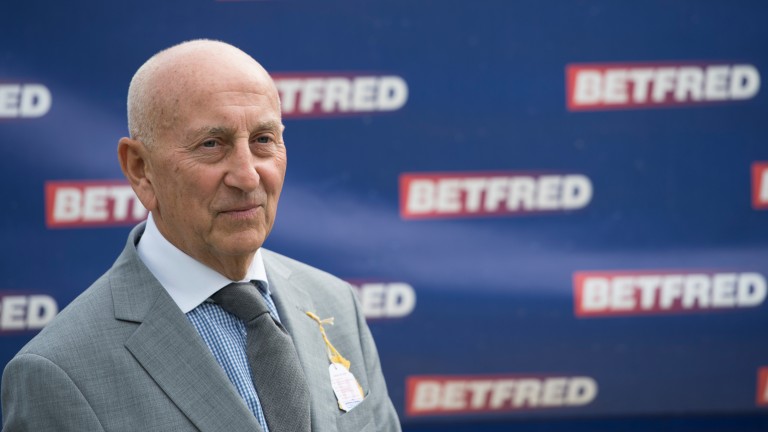 Deductions from Tote pools are likely to be reduced significantly under the terms of a multi-million-pound partnership that is set to be agreed between Fred Done and a new consortium of investors.

The investors, headed by former investment banker Alex Frost, are understood to have reached an agreement in principle to take a stake in the Tote as part of an investment in the pool betting operation which could total up to £150 million over the next five years.

Done previously revealed discussions had taken place over the sale of a 25 per cent stake and it is thought the consortium will increase that stake over time.

The consortium is backed by a number of racehorse owners and breeders. It is promising to significantly reduce deductions from pools with the intention to return to the Tote's previous levels to encourage greater volumes.

Furthermore it plans to contribute enough in sponsorship and boosts to prize-money to effectively double the normal levy payable to the sport.

A core aim of what will initially be a joint venture with Betfred will be to have regular £1 million pools for the Scoop6, Jackpot and Placepot – to which the bookmaker holds the brand rights.

If it is confirmed, the new deal will throw into question the future of the Britbet operation, which is backed by most of Britain's racecourses.

Frost, who is heading up the Alizeti consortium, said: "We are delighted to be close to an agreement with Fred Done and his team. There will be plenty more to say in due course but for now we want to concentrate on completing what we believe will be a very exciting deal for British racing."

Phil Siers, Betfred's chief commercial officer, said: "We are expecting a partnership agreement to be concluded shortly and look forward to working with Alizeti and our racecourse partners to deliver a vibrant Tote for the future."

Joining Frost, a member of the board at Epsom and former Merrill Lynch trader, in leading the consortium is former BHA board member Eamonn Wilmott in the role of chairman.

One of the consortium's key objectives is to reduce pool takeouts to previous levels. In June last year, the Tote raised deductions for their win and place pools to 19.25 per cent and 20 per cent respectively.

It was the second time the Tote had increased win pool deductions since Betfred took over ownership of the operation as in October 2012 they rose to 16.5 per cent from 13.5 per cent, which was the first change since the then Tote chairman Peter Jones reduced the rate from 16 per cent in March 2003.

The development throws into question the future of racecourse project Britbet, which has a total of 54 tracks signed up including those under the Jockey Club, Arena Racing Company and Scottish Racing banners as well as Goodwood, Newbury and York.

Alizeti is understood to have offered to guarantee racecourses the same payments they currently enjoy from the Tote, plus additional benefits and sponsorship including the proposed payment of a double levy to racing.

With Betfred having tied their partners in Tote Direct to a long-term deal, Britbet faces a challenge getting their product into high-street betting shops.

Racecourses will now have to decide whether to persist with Britbet or remove the risks associated with that fledgling venture by agreeing deals with a revamped Tote operation.

FIRST PUBLISHED 7:15PM, MAR 11 2018
For now we want to concentrate on completing what we believe will be a very exciting deal for British racing