Doha trip on cards for Dunlop flagbearer Robin Of Navan 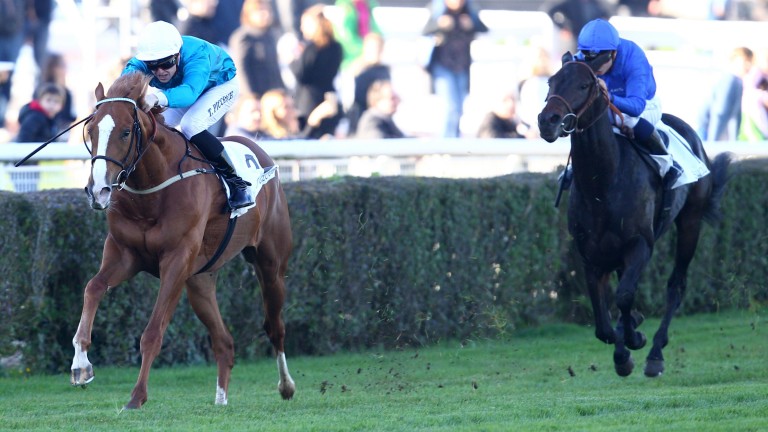 Robin Of Navan, a regular in France who has also raced in Italy and Hong Kong, is set to head to Qatar for his next appearance.

The flagbearer of Harry Dunlop's Lambourn stable is among 78 overseas entries for Qatar's two-day Emir's Sword meeting at Al Rayyan racecourse in Doha on February 23 and 24.

His target is the mile Irish Thoroughbred Marketing Cup, which offers prize-money of £148,148.

Mr Scaramanga, a winner at the meeting 12 months ago, is also entered in that along with Irish globetrotter Gordon Lord Byron.

Dunlop, whose five-year-old finished eighth in the Hong Kong Cup on his last appearance, said: "I think we're strongly considering it. We'll have a look at the entries, but he's in good form, so hopefully we'll go.

"He took his Hong Kong trip really well and on the back of that he enjoyed travelling, so we thought we'd give it a go, especially as it's really nice money."

Dunlop could be joined in Qatar by nearby counterpart Roger Teal, who was successful with Tip Two Win in Qatar last month.

Teal has engaged his leading light in the Al Biddah Mile, which Archie Watson hopes to run Ghost Serge in.

Ralph Beckett is also due to be represented by Group 3 winner Chemical Charge, who is being aimed at the $1 million H H The Emir's Trophy.

Andrew Balding (Elbereth), Jim Bolger (Qatari Hunter and Glamorous Approach) and Chad Brown (Money Multiplier) are among the international trainers who could provide opposition in that.

"He is in good shape and the race could have been written for him as he wants fast ground and a right-handed track, so it should suit him ideally," Beckett said.

"He will be my first runner out there. I was delighted with his fourth place in Hong Kong last month – it was a career-best run and he was beaten less than three lengths by Highland Reel.

“We have kept him on the go since then as he is not the kind of horse that you can really back off – he has to be kept moving."