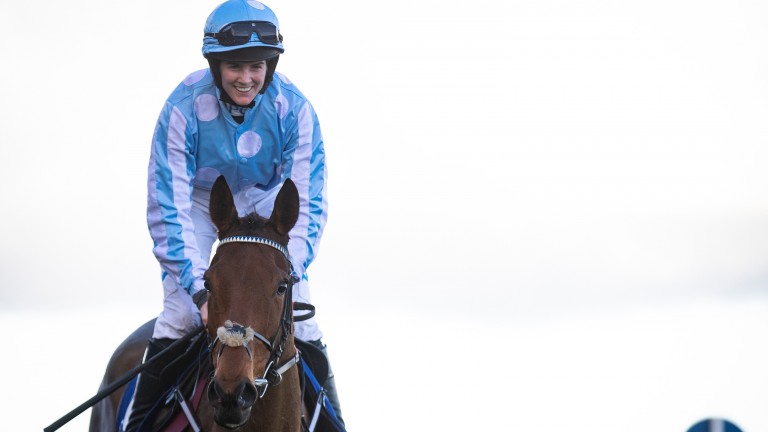 Honeysuckle's owner Kenny Alexander is counting down the days for his star mare's Unibet Champion Hurdle bid and stresses the yard are "pretty confident" ahead of her mouthwatering clash with Epatante and Goshen.

The unbeaten Honeysuckle is one of 14 left in the feature on day one of the Cheltenham Festival next Tuesday, and she remains a general 9-4 shot to extend her winning run under rules to 11.

The Henry de Bromhead-trained mare won the Mares' Hurdle at Cheltenham last season, and her owner Kenny Alexander, who was chief executive to Ladbrokes and Coral's parent company GVC Holdings for 13 years, is relishing taking on the very best this time.

He compares the Champion Hurdle to European football's greatest prize, the Champions League.

Alexander said: "That [Mares' Hurdle] was like the Europa League last year, this is the Champions League this time. This is the real deal. I'm excited. A little bit nervous, I guess, but more excited than anything else.

He added: "If she was to win, I suspect it would be in a similar fashion to how she won last year, ie it's going to be a mighty, mighty struggle going up that hill. I have a suspicion it's going to be a proper battle, but c'est la vie."

Cheltenham is anticipating "some wonderful horses" being in action at next week's festival despite Brexit, Covid-19 and the lack of owners or spectators contributing to day one confirmations being down by a quarter on last year.

While the 131 six-day entries for the opening day are 27 per cent fewer than the 180 at the same stage last year, two of the most eagerly awaited clashes of the week moved a step closer after Epatante and Honeysuckle were confirmed for the Unibet Champion Hurdle, while Allmankind, Energumene and Shishkin stood their ground for the Sporting Life Arkle.

This year's confirmations are the lowest for any of the races on day one for the last four years, barring the 2018 Arkle, with the drop primarily put down to the obstacles faced by horses travelling to Britain from Ireland following Brexit.

Ian Renton, regional managing director for Cheltenham's owner the Jockey Club, said: "We've not done an analysis of [the entries] yet, but I strongly suspect when we do that a lot of it will be down to Irish handicap entries, and that was something we were anticipating.

"Irish entries have held up very well for the championship races, but with the extra costs and administration difficulties of bringing horses over post-Brexit, this was going to have an impact and it's going to cause a reduction."

Along with the unbeaten Honeysuckle and last year's winner Epatante, the 14 still left in the Champion Hurdle still features the likes of Goshen, Silver Streak, Sharjah and Song For Someone.

Abacadabras and Petit Mouchoir also remain in the race for Denise Foster, who took over training the pair after Gordon Elliott’s six-month suspension for bringing racing into disrepute came into effect earlier this week. 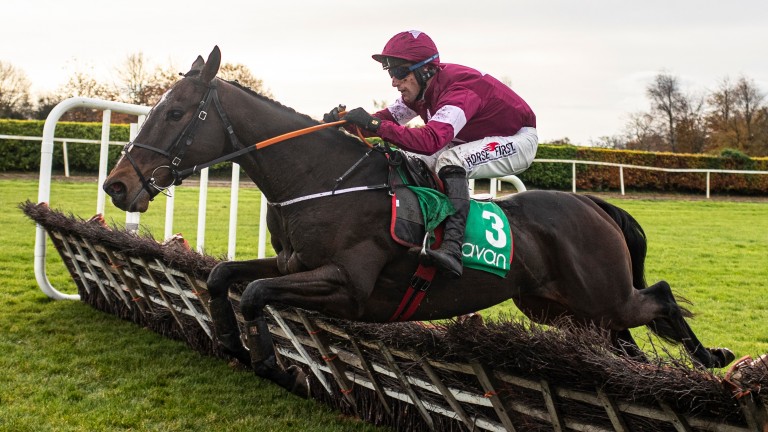 Abacadabras: one of two in Champion Hurdle for Denise Foster
Patrick McCann

In total, Foster has 14 entries for the first day of the festival.

Simon Claisse, director of racing and clerk of the course at Cheltenham, said: "There will be issues with Brexit, Covid and there'll be some owners who want to hold on to when they might be able to see their horses run, which is all understandable.

"The stage is set and it's down to the players now, and we're excited to see some wonderful horses are set to run even next week."

Longhouse Poet was one of the most high-profile absentees from Tuesday's confirmations with trainer Martin Brassil opting to keep his exciting novice chaser on home soil for a tilt at the BoyleSports Irish Grand National.

The former Grade 1-placed novice hurdler had been as big as 25-1 for the Sam Vestey National Hunt Chase in the last week of February but had shortened to as low as 6-1 before he failed to appear at the latest confirmation stage. 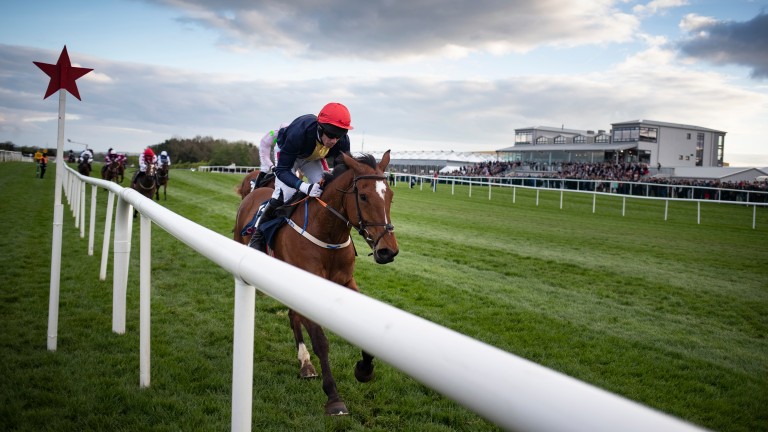 Longhouse Poet: to be aimed at the Irish Grand National rather than the festival
Patrick McCann (racingpost.com/photos)

"He's been taken out of the National Hunt Chase," Brassil told the Racing Post.

"He's a soft-to-heavy ground horse and they might have to water the track in the end, and we felt if we'd brought him over we might have been tempted not to run. He's entered for the Irish Grand National and we'll wait for that."

Brassil also confirmed Paddy Power Stayers' Hurdle entry City Island would not line up at the festival and will instead go chasing after the Punchestown festival. The trainer could still be represented at the meeting by handicap dark horse You Raised Me Up in the McCoy Construction County Hurdle.

While Longhouse Poet did not feature in the entries, connections of Escaria Ten are leaning towards the long-distance contest over the Ultima Handicap Chase.

Owner Max McNeill said: "We're favouring the National Hunt Chase as we think the extra distance will benefit him as would soft ground. Nothing is set in stone, but that's the way we're thinking.

"With amateurs not riding for us it's worked out okay as Adrian [Heskin] can ride the horse and that's one of the reasons we're leaning that way."

FIRST PUBLISHED 1:23PM, MAR 10 2021
This is the real deal. I'm excited. A little bit nervous, I guess, but more excited than anything else