Bookmakers take quite a beating in BBC betting experiment show

David Carr marks your card as comedian Lloyd Griffith tries to uncover the secrets of gambling success in Can You Beat The Bookies?, a powerful documentary shown on BBC1 at 10.35pm on Wednesday night.

Forget the familiar 'let's see if an amateur can make a profit on the BBC's money' format. Bargain Hunt this isn't.

Nor is it any sort of cheery daytime fluff. Soccer AM co-host Lloyd Griffith may be a comedian but his attempt to double a £7,500 bank through betting raises many a serious issue.

"Are the bookies playing fair?", "Can you win in the long term?" and "Are the odds stacked against the average punter?" are questions he tries to answer.

The programme, broadcast on BBC 1 on Wednesday night having previously been available online on BBC3, features his four-week experiment, inspired by the claimed £14,000,000,000 that the UK population loses to betting companies each year.

Griffith already has a professional connection to the betting industry, having appeared as the 'Gut Truster' in a Ladbrokes advertising campaign that drew criticism from an academic who studies gambling for promoting "stupidity" and "gambling without thinking". 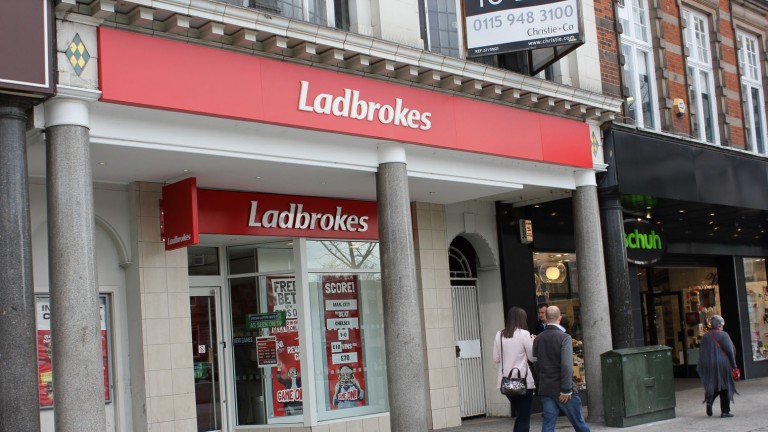 Griffith appeared in an advertising campaign by a major bookmaker

Having started by following the advice of an aunt with a £50-a-week scratchcard habit to back horses in pink – and losing – Griffith bets sensibly, avoids accumulators – and loses less.

It's only when he stops being an 'average punter' and turns to the professionals that his fortunes really start to change.

Ed is a full-time gambler who spends 40 hours a week on research and his homework allows Griffith to make a killing on a St Johnstone reserve match.

Joe is a former roulette machine addict who now 'courtsides', travelling the world to bet in running on tennis with his long hair disguising a bluetooth connection to his partner in an operation he describes himself as "basically cheating".

He reckons to make £300,000-£350,000 a year despite "humongous expenses" and he phones in from Florida to help turn £800 into £3,331 as Griffith's fingers moved quicker than the hapless umpires registering each point online.

Almost as quick were the bookmakers, restricting the accounts on which both sets of bets were placed in a move many a punter will recognise.

But it is the human cost of betting that will register more with this programme's non-specialist audience, who will quickly see this is something deeper than the middle-aged couple trying to turn a profit on a dusty antique before the gavel comes down.

Griffith admits to getting "too much into" it, becoming "tetchy", betting on football while backstage at a gig and backing horses while working at Sky – and finding himself lying to cover it up, saying he was just messaging a friend.

In an age when gambling is becoming more and more of a political issue, with FOBT stakes slashed and Labour deputy leader Tom Watson threatening a crackdown should his party come to power, it is the presenter's chats with other punters that may prove most resonant.

Talking to drinkers outside a pub near Brentford FC, he finds a woman who won £3,800 on a £1 accumulator but another whose son lost all his wages in a machine in a betting shop; one man ended up at Gamblers Anonymous after getting into "a spiral of losing control" while another got into such debt he had to quit university.

No laughs in comic's tale

And Griffith's encounter with fellow comedian John Robins, who plumbed the depths of depression and self-harm due to a gambling addiction that started with fruit machines, is likely to last much longer in viewers' memories than whether or not the £15,000 target was reached.

"If I had the same problem now as an 18-year-old as I did then, with access to the internet and apps on my phone, I would probably be dead because I would have killed myself," he says.

"What's quite scary is that in all the progress we've made in understanding problem gambling, it's actually easier to become one now than it was 20 years ago." 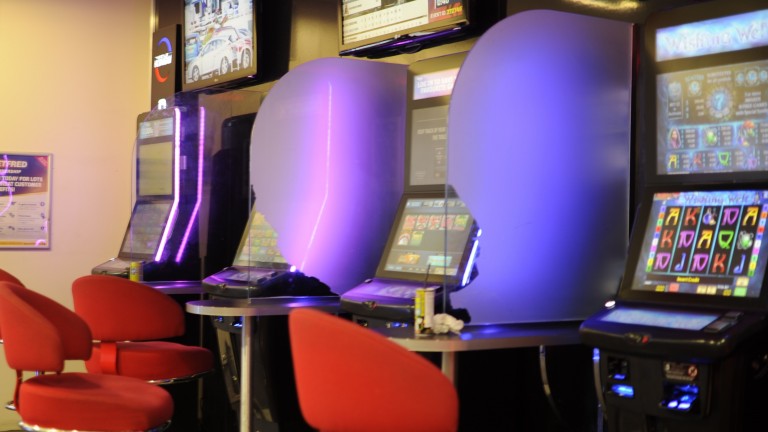 Nor is Griffith likely to be invited to take part in many more bookmakers' advertising campaigns after concluding: "I hope this opens people's eyes to the fact this is a one-way street. It works only in their favour."

No bookmaker was interviewed, although their promotions and practices were often criticised, but the programme ended with a statement from the Gambling Commission which said: "We expect licensees to be just as focused on how they manage risks and protect consumers as they are on achieving their commercial objectives. Operators must step in if any customer shows signs of problem gambling."

FIRST PUBLISHED 2:42PM, AUG 7 2019
If I had the same problem now as an 18-year-old as I did then, with access to the internet and apps on my phone I would probably be dead