Grand National Weights IN THE LINE OF FIRE 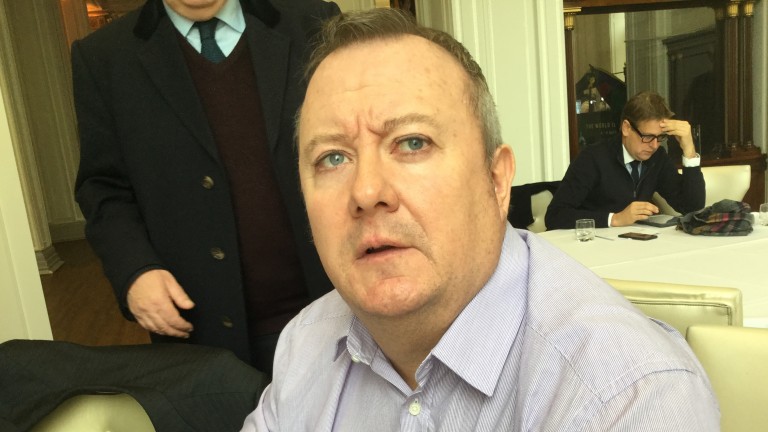 As the Yorkshire village of Mytholmroyd stood firm against Storm Ciara, one of its most steadfast residents refused to be swept away by a similarly fierce blast from the west.

While 100mm of rain caused raging torrents of floodwater to ravage his Calder Valley home town last weekend, Martin Greenwood was soaking up the latest of a river of warnings ahead of the most high-profile task of the BHA chase handicapper's year.

A high-pressure hose of words from Michael and Eddie O'Leary was not going to cause him to treat Tiger Roll any different to any of the other 102 entries for the Randox Health Grand National.

"I have absolutely no reaction," Greenwood said when asked about their vocal campaign.

"As a handicapper whether you are doing a race at Sedgefield or a race at Aintree you can't take any notice of outside noise.

"You've just got to get your head down and concentrate on the evidence in front of you. Other people's opinions don't count. I'm not being callous or cold. You've got to do what you think is right for the race."

Nor was there any leaning on him from above, and no attempt by his employers to ensure the huge publicity boost of a bid to emulate Red Rum actually took place.

"The BHA have been very supportive," he said. "They let me make the decisions. We chat about things but there's been no outside pressure from anyone."

Thus the decision to ask Tiger Roll to run off a mark of 170 on April 4, dropped 1lb as last year's race has not worked out as well as it might have done and just 1lb to compress the weights, was all his.

Greenwood explained: "He's won two Nationals, one off 150 and one off 159 – he was very impressive but he was actually rated 167 at the time and was 8lb well in.

"He was 172 in the Anglo-Irish classifications but I decided that 170 to match Suny Bay in 1998 was a fair question to ask. I still think he'll be very fancied in the market at 170. Let's see how he gets on.

"I hope his preparation goes well and he runs, though he has to run in a steeplechase before March 16 to be qualified to run. If he wins the National he's going to be one of the best chasers in the UK and Ireland."

Grand National weights: this is what the handicapper should do with Tiger Roll

FIRST PUBLISHED 6:53PM, FEB 11 2020
As a handicapper whether you are doing a race at Sedgefield or a race at Aintree you can't take any notice of outside noise