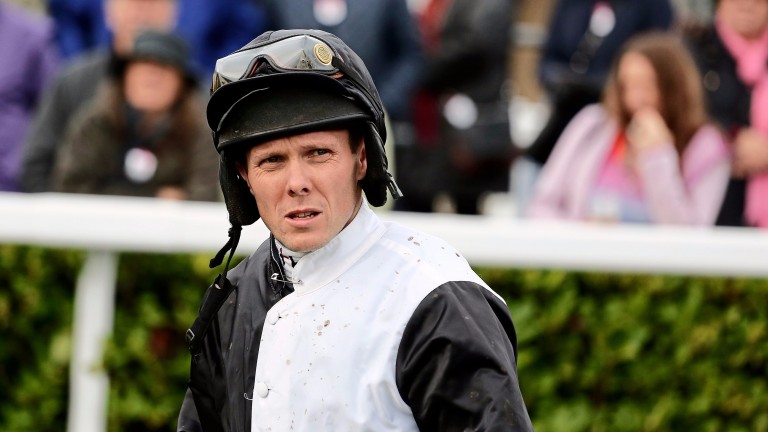 There was not the level of fanfare that greeted Sir Anthony McCoy when he made it 4,000 winners on that memorable Towcester day in 2013, but Mattie Batchelor, the cheeky chappy of the jumps weighing room, was still proud as punch to have registered the 300th success of his career at Les Landes racecourse in Jersey on Friday night.

Batchelor has been busy entertaining racegoers at Royal Ascot this week, but took a break from his corporate duties to steer the Alyson Malzard-trained Flutterbee to victory in a 1m4f Flat handicap.

He was on his way back to Ascot on Saturday morning for more hospitality work and, while he enjoys doing various things on the side, which includes a part-time sales rep role for McCoy's wife Chanelle's pharmaceutical company, nothing matches the thrill of a winner.

The 41-year-old, therefore, has no immediate plans to quit the saddle.

"I think with all my escapades abroad it's come up to 300," he said. "Over the years – the last ten or 12 – I've gone to Norway and Jersey and it's combined Flat and jumps. If you compared it to others it's nothing, but for myself it's an achievement.

"I'm lucky; I do a bit of talking, I've started riding out for George Baker, I'll be back on the yearlings at Hesmonds Stud later in the year, and I've been working for Tony McCoy's wife Chanelle, but I rode a winner a few weeks back at Worcester and still love it.

"It would be easier if I didn't enjoy it anymore because you could walk away and do something else, but I still get a buzz wherever it is – it doesn't matter to me."

The Cheltenham Festival-winning rider, whose finest hour came on Carruthers in the 2011 Hennessy Gold Cup, added: "I still ride a few horses, but it's not enough to make a living. I've got a mortgage to pay and I've got a family, so I'll go out and do whatever I have to do, but I'm quite lucky I can still have the occasional ride and it's great."