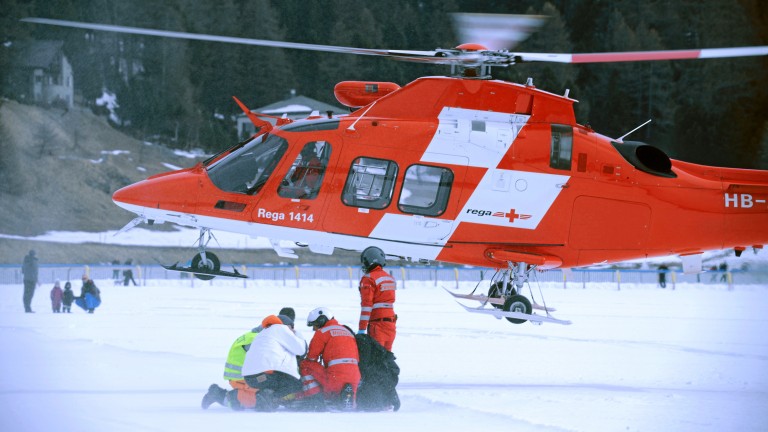 Medics prepare George Baker for airlifting from the frozen lake at St Moritz following his fall from Boomerang Bob
Andy Mettler
1 of 1
6:24PM, MAY 13 2017

George Baker regards it as a blessing that he cannot remember anything about the pile-up on the ice at St Moritz in February that left him in a critical condition with bleeding on the brain.

"They call it PTA, or post-traumatic amnesia," he explains, "and it's almost like your brain's looking after you and protecting you from all the bad stuff.

"I've not seen it since, and I'm not sure I want to, but I've seen photos of me being loaded into the helicopter and I think that's enough. I'm very lucky to be alive and having this conversation. It didn't look good, but my body has dealt with it unbelievably well." 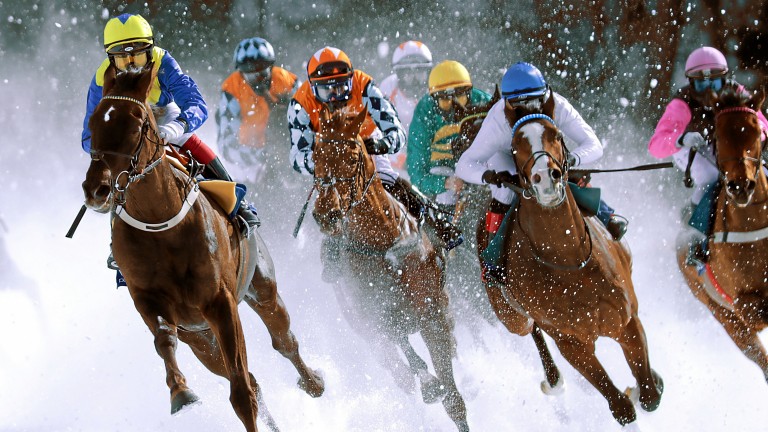 Baker does not know what the future holds for him, and he cannot be sure he will ride again, but for the time being he is simply grateful for what he has, and for being back home months ahead of schedule with wife Nicola and seven-month old daughter Isabella.

He will be eternally grateful to the medics both in Switzerland, where he stayed for eight days before being flown home, and at the Wellington Hospital in London.

He says: "I don't remember Switzerland, but the Wellington is a wonderful hospital and they were brilliant. It's thanks to the guys there and all of my family that I'm home so quickly. I'm humbled by the support I've had. It's been amazing."

Along with fatigue, balance is Baker's main issue and he has had to teach himself to walk again.

He explains: "It's because of where the bleed was. They tell you that bit of the brain dies and so you have to teach another part of your brain to adapt in order to walk again."

Baker is now at Oaksey House four or five days a week, and getting better all the time.

He continues: "It's a weird thing. I feel like it's slow progress but everyone I'm dealing with tells me I'm making lots of quick progress.

"They thought I'd be in London for four to six months, but I'm already at home, which is amazing, although it means Nicola is now dealing with a big baby as well as a little one.

"She's been amazing, and so have all my family and friends and the many people who have sent cards and messages.

"Dominic Elsworth, who had a brain injury at Ffos Las and doesn't ride any more, has been brilliant, and so have many others. I've been humbled by them all."

He adds: "When I was in the Wellington they told me my level of fitness had been a big help in my recovery. I still struggle with fatigue quite a bit, but I'm ploughing into my rehab at Oaksey House and they say I'm doing well. I do occupational therapy – dealing with everyday tasks safely – plenty of physio, and some gym work."

Baker believes he will not be allowed to drive for at least a year, and the issue with his balance means that riding again is not a foregone conclusion, although he is optimistic.

"I don't know where I stand at the moment with regards to riding," he admits. "It will be great if it happens, but I'm aware I've had a very bad accident and I still don't know what's possible. My balance will need to improve, which it is, but brain injuries are all different and nobody knows quite how long it will take." 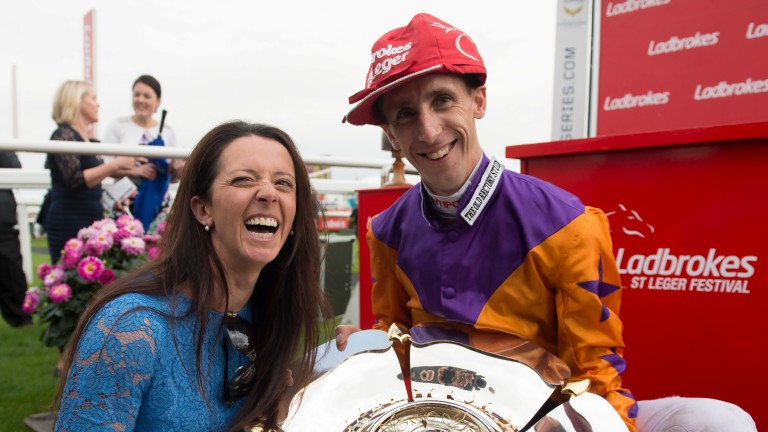 In the meantime Baker is in a very positive frame of mind and keeping up to speed with day-to-day racing by watching the sport's dedicated channels, reading the Racing Post and receiving regular visits from his weighing room pals.

If – let's hope when – he does come back, his weight is unlikely to be an issue, as his lean and lanky frame was rendered even leaner by the accident.

He reveals: "When I got back to London I was told that in such accidents you can lose a lot of weight, and I was 8st 9lb when they weighed me. I haven't been that weight for a long time, and my everyday weight would be 9st 4lb or 9st 5lb.

"I was telling this to Gary Moore, who I've ridden for loads and is a good friend, and he said, 'Do you know what that tells me – you've been taking the proverbial for years!'"

FIRST PUBLISHED 6:00PM, MAY 13 2017
I've not seen it, and I'm not sure I want to, but I've seen photos of me being loaded into the helicopter and that's enough. I'm lucky to be alive