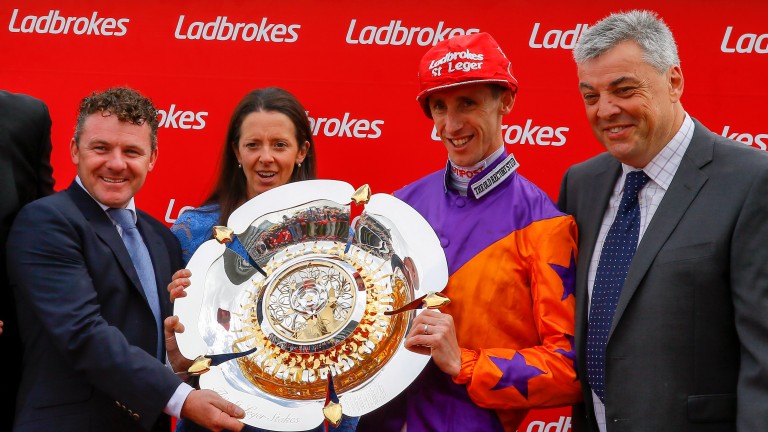 George Baker, who suffered severe head injuries in a fall while racing on the frozen lake at St Moritz in February, has announced that he will not ride again.

The 35-year-old, who won last year's St Leger on Harbour Law, defied the experts with the speed at which he was able to return home and get back on his feet, but while he continues to make good progress he has been told that another fall could have dire consequences. He nevertheless hopes to stay involved in racing.

Baker, who had to learn to walk again but is now playing golf and tennis, said: "I have kind of known for some time that I would not race-ride again and the confirmation came a couple of weeks ago. Another bang on the head would not be good and, in all honesty, I think I would have struggled to pass the medical.

"It was great to have it as a goal to aim at, but as time went on and I became more aware of what had happened to me I knew it probably wasn't going to happen, and so I've had plenty of time to deal with it." 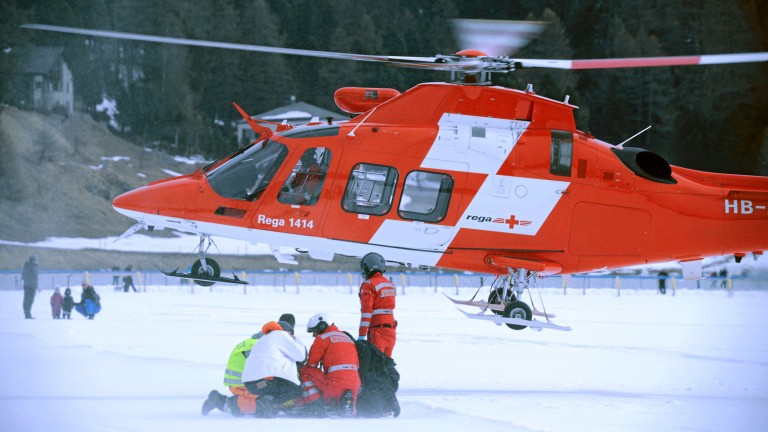 Paramedics attend a stricken George Baker on the frozen lake at St Moritz while a helicopter stands by to airlift him to hospital
Andy Mettler
Baker has no firm plans but hopes jockey coaching might feature in the short term.

He said: "When I said at Oaksey House the other day that I was thinking of becoming a male model they just laughed, so I guess that's not happening.

"It will be a lot easier to make a plan when I get my driving licence back, and I'm on the case, although it's not an easy process.

"In the meantime I can do the jockey coaching course. The specialists say I shouldn't jump head first into a full-time job anyway, and so that would be a good thing to get on with while still having therapy."

He added: "In the grand scheme of things I've got no regrets. I've been very lucky and I just have to move on."

Baker made the announcement when a guest of Luke Harvey and Jason Weaver on Friday evening's Get In show on At The Races.

However, it will not have come as a surprise to many, notwithstanding the remarkable progress he has made, as he still has some problems with his balance and the standards set by the medical advisers to the BHA's licensing department are necessarily rigorous in the extreme.

While it is not how Baker would want to end his time as a rider, he can look back upon a career that yielded well over 1,300 winners, an extraordinary total considering he is exceptionally tall for a Flat jockey and his opportunities were restricted considerably by his constant battle with the scales.

His first winner was in 1999 and he rode more than 100 in a year on six occasions, but while he enjoyed a reputation for being a consummate judge of pace and an especially effective rider of hold-up horses, he did not make his Group 1 breakthrough until 2013, in Ascot's British Champions Fillies & Mares Stakes on Seal Of Approval. 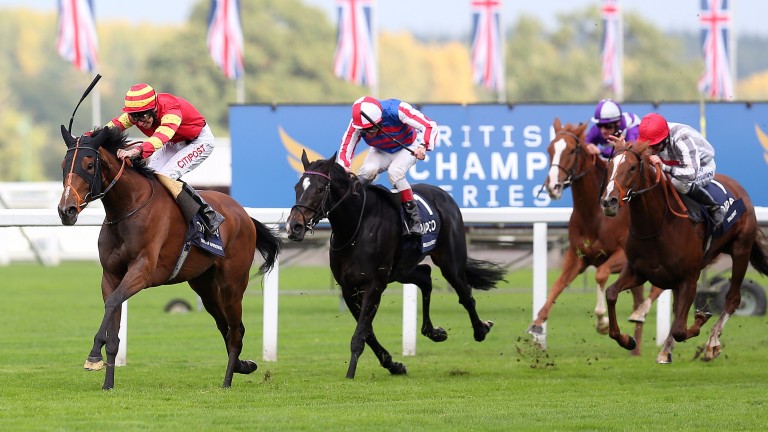 There were further top-level wins on Thistle Bird and Quest For More before last September's career highlight on outsider Harbour Law at Doncaster, and his reputation was never higher than at the time of his accident, which came on Boomerang Bob in the closing stages of a six and a half furlong event.

Baker spent eight days in intensive care in Switzerland with bleeding on the brain before being transferred to the Wellington Hospital in London, and then returning home to his wife Nicola and baby Isabella well ahead of schedule.

His own hard work and that of the experts at Oaksey House and his local gym have brought him a very long way in a relatively short space of time, and he acknowledges that his situation could have been vastly worse.

Nicola Baker said: "There were times when I thought he would never get anywhere near the place he has reached.

"We have been so lucky. He is playing golf and tennis, his long-term memory is perfect and he can lead a normal life with just some fractional restrictions."

FIRST PUBLISHED 5:40PM, NOV 3 2017
It was great to have riding again as a goal to aim at but as time went on I knew it probably wasn't going to happen