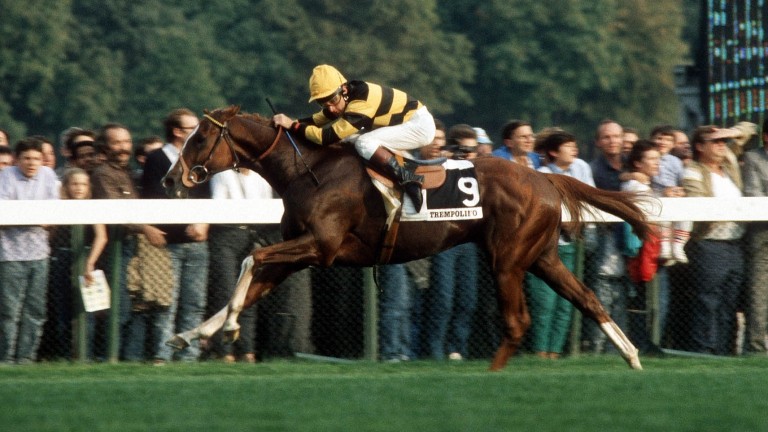 Andre Fabre has paid glowing tribute to Trempolino, who broke Dancing Brave's track record by well over a second with a blistering performance in the 1987 Prix de l'Arc de Triomphe and has died at the grand old age of 34.

Fabre, who has gone on to win another six Arcs, said on Tuesday: "Trempolino was a really lovely horse and of course my first Arc winner. I'm sad he has died but happy he enjoyed such a long life.

"His great strength was his acceleration, and he loved fast ground. And of course he had an exceptional jockey in Pat Eddery. I miss Trempolino and I miss Pat Eddery."

Trempolino was beaten a head by Natroun in the Prix du Jockey Club, yet despite a subsequent success in the Prix Niel he was something of a surprise winner of the Arc, starting at 20-1 in a market dominated by the Derby, King George and St Leger winner Reference Point.

Although the field of 11 was the smallest since prize-money was increased in 1949 it was a strong Arc, as it also featured brilliant mare Triptych, Prince of Wales's and Eclipse winner Mtoto and the following year's Arc winner Tony Bin. 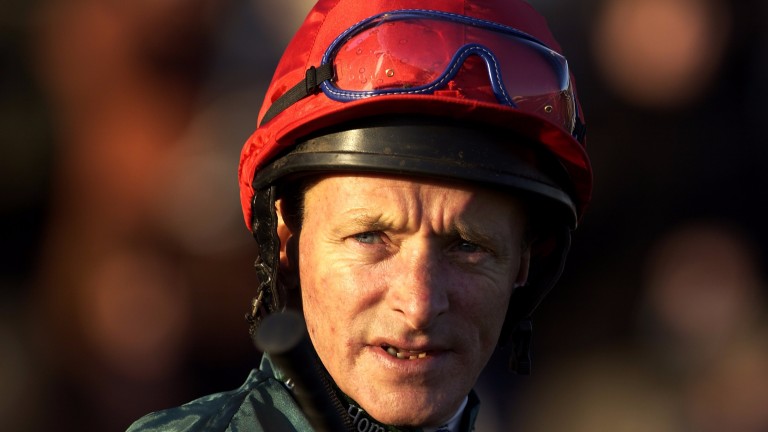 Pat Eddery: excelled with a patient ride on Trempolino
Edward Whitaker (racingpost.com/photos)
Eddery, who was on an Arc hat-trick having won on Dancing Brave the year before and Rainbow Quest in 1985, was at his most patient on Trempolino as Reference Point set a fast pace on ground that was unusually quick for Longchamp in October, and turning in the striking chestnut, who carried Paul de Moussac's yellow and black hoops, had only one behind him.

However, he sliced through the field with remarkable ease approaching the two-furlong marker and burst clear to beat Tony Bin in great style by two lengths, with Triptych a further three lengths away in third, Mtoto fourth and Reference Point only eighth.

Fabre recalled: "The strong pace helped him. It's easier to come through a small field like that, but it was a great performance, and he ran another great race afterwards at the Breeders' Cup."

The Breeders' Cup Turf, staged that year at Hollywood Park, was Trempolino's final start before he retired to stud, and in a memorable finish he failed by only half a length to repel North America's rallying champion grass horse Theatrical after being produced from well off the pace and looking the winner when briefly hitting the front.

As a stallion he is best known as the sire of Queen Anne and Prix d'Ispahan Stakes winner Valixir, also trained by Fabre, and Grosser Preis Von Baden winner Germany, sire of Faugheen and Samcro.

The death of another French Group 1 winner of yesteryear, Poliglote, was also announced this week. Poliglote landed the 1994 Criterium de Saint-Cloud, trained by Criquette Head-Maarek and ridden by her brother Freddy, and was narrowly beaten by Celtic Swing in the Prix du Jockey Club a year later.

He went on to become a high-class dual-purpose stallion, siring 2012 Arc heroine Solemia, plus talented jumpers like Don Poli, Top Notch and Politologue.

FIRST PUBLISHED 5:12PM, MAR 20 2018
His great strength was his acceleration, and he loved fast ground. And of course he had an exceptional jockey in Pat Eddery

Andre Fabre: 'Soft ground brings out the strength and courage in the winners'