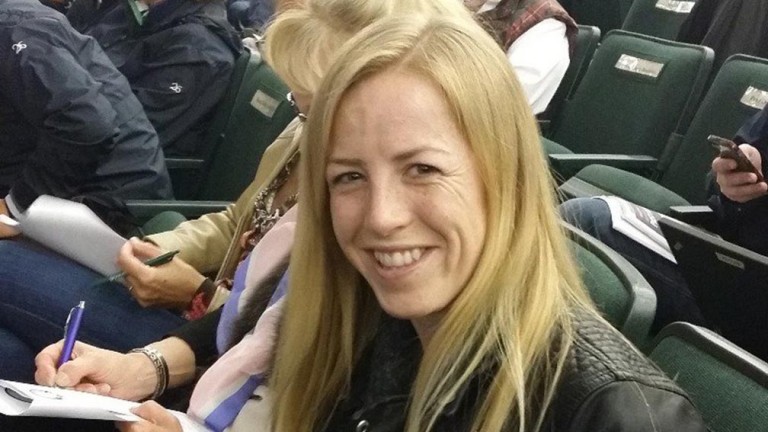 Sophie Doyle: flying high after a summer move to Arlington
Jon Lees
1 of 1
By Lewis Porteous UPDATED 9:44AM, AUG 8 2018

It has been a dream summer for top jockey James Doyle in Britain, but it is another member of his family making headlines on the track in the United States, where older sister Sophie continues to climb the ranks.

With limited opportunities to follow in her brother’s footsteps on home soil, Doyle made the bold move to start from scratch in the US in 2013 and, having worked hard to establish herself in the five years since, she achieved the notable landmark of riding her 200th winner in North America when On Probation scored at Arlington Park on Sunday.

“It’s been a huge achievement,” said Doyle on Tuesday, speaking from her apartment overlooking Arlington Park racecourse. “It’s fantastic and great to achieve a number that big, especially when you’ve changed countries, started again and had to work hard for everything.

Having got the ball rolling at Oaklawn Park in Arkansas, Doyle reaped the benefits of a move to Kentucky in 2015, but relocating to her current base at Arlington for the summer has propelled her even higher and she is looking forward to riding on Saturday’s prestigious Arlington Million card.

“I’m in Chicago full-time for the summer,” said Doyle. “It’s tough in Kentucky with so much travelling to do. It’s still like England with lots of driving between tracks and I felt I’d rather be somewhere where I can fully concentrate, focus and make good contacts.

“I wanted to be one of the top five leading riders at the meeting and I spoke to my agent Penny Ffitch-Heyes, a fellow English lady who used to ride over jumps, who said she thought I could be in the top three here and so far we’re achieving that.

"We’ve won 34 here for the meet and I’ve two jockeys right on my tail who have ridden 3,000 winners. The hard work is paying off.”

Fioretti was the horse to put Doyle on the map in America, winning a Grade 2 at Keeneland in 2015 before taking her to the Breeders’ Cup, where she hopes to return this year with a horse she rides on Saturday.

“I’ve a ride in the Beverly D Stakes, which is another Grade 1 ‘win and you're in’ to the Breeders’ Cup, on Oh So Terrible, so you never know,” she said.

“I worked her on the turf yesterday and she worked really nicely. She’ll probably be a longshot but might have a good shot.”

Doyle, 32, says she regularly speaks to her younger brother, whose big-race winners this year include Poet’s Word and Sea Of Class, and there is much admiration between the pair.

She said: “Every opportunity James has had he’s made the most of – his mind is right and he’s riding great. I just wish he was coming out for the Million this weekend but I guess I’ll have to wait and maybe see him at the Breeders’ Cup this year when we’re back in Kentucky.”

Doyle has also been impressed with the impact female riders are having on British racing and believes their professionalism has been key.

She added: “I’m seriously impressed and think the last two years there’s been a change in the way the girls are riding. They’re performing like athletes and finally getting the support group around them. They’re doing great.”