War Front: how the Danzig lookalike became a sire in global demand 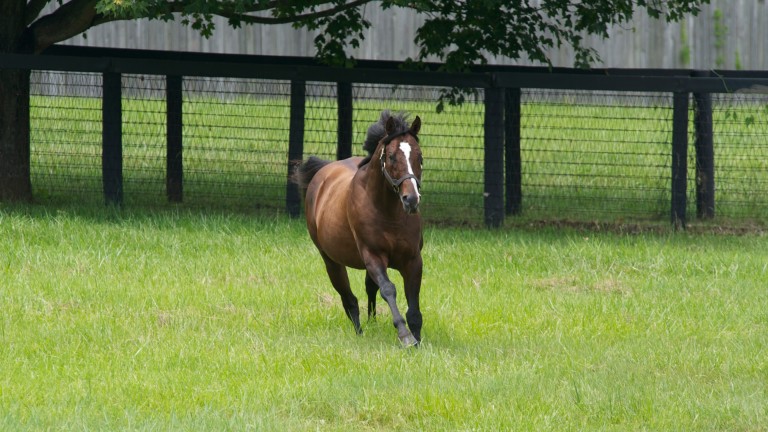 Standing in a corner at the back of the buzzing Keeneland sale pavilion, Claiborne Farm's Seth Hancock may not have been noticed by buyers and sellers busy plying their trade during Monday's opening session of the Keeneland November breeding stock auction.

But Hancock had a clear view of the mares going into the sale ring. He keenly watched as one after another of those that drew the top prices were carrying foals sired by War Front, the horse Hancock believed would be the successor to Danzig and who, in large measure because of that faith, has risen to be a global superstar.

"Give credit to [Claiborne bloodstock manager] Bernie Sams for getting all those good mares to him and to War Front for being an attractive enough stallion to get those mares," Hancock said, deflecting attention with soft spoken words barely audible above the auction din.

But when asked about War Front as an individual and why he believed the horse should stand at Claiborne, Hancock smiled.

"He's been something else, he really has been," he said simply. "Hopefully his sons will come through and his daughters will be good producers. We hope for the best."

War Front has certainly attained status as one of the best when it comes to sire and sale results. After Keeneland's single-session Book 1, he ranked as leading covering sire with three of the top four mares sold carrying his foals, including $4.2 million topper Lady Eli, the US's champion turf female of 2017, and $4m My Miss Sophia, a Grade 2 winner and runner-up in the 2014 Kentucky Oaks.

Another mare in foal to War Front offered at Keeneland, multiple Grade 1-placed Stays In Vegas, a five-year-old by City Zip from the family of champion Heavenly Prize, was purchased by Claiborne for $1.5m on a behalf of a new client that was not disclosed. 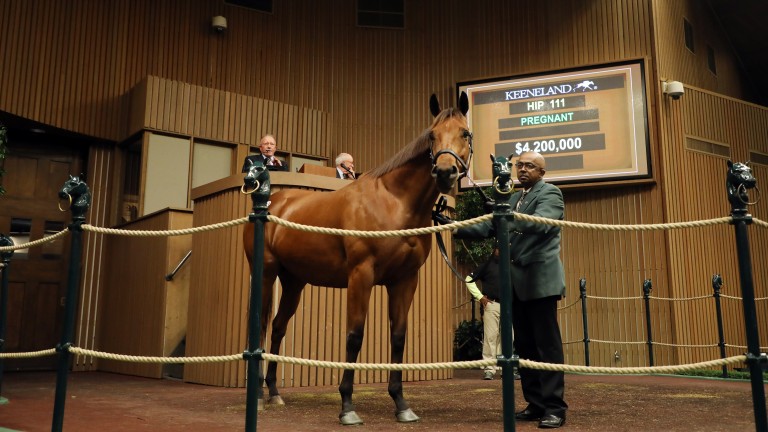 Lady Eli: the daughter of Divine Park sold in foal to War Front for $4.2 million
Keeneland photo
At Fasig-Tipton, the only mare sold in foal to War Front, Song Of Bernadette, drew a $2.3m winning bid from John and Leslie Malone's Bridlewood Farm. The foal will be a half-sibling to Catholic Boy, a versatile winner of Grade 1 races on dirt and turf this year.

Over the course of two days of trade at Fasig-Tipton and Keeneland, seven mares had been sold while in foal to War Front for a total of $15.325m and an average price of $2,189,285.

Those figures underline how much breeders respect the horse and provide him with outstanding mates.

It probably was difficult, if not impossible, for most farm owners to imagine this kind of success when War Front was retired from racing in 2006 after having won four of 13 starts with his major score in a Grade 2 race over six furlongs.

Yet Hancock noticed what he felt was a strong resemblance to War Front's sire Danzig, and he brought the colt home to Claiborne, where the bay had been raised for owner and breeder Joseph Allen, to stand for a modest fee of $12,500.

"He had speed and that's important," Hancock noted while recalling the details of why he felt War Front was good enough to stand at Claiborne.

"I have a friend named Ted McClain who watches a lot of races on TV. He called me one day and said, 'Seth, I’ve been watching War Front run and doesn’t he look like Danzig?' I thought yes, he does.

"So I told Bernie, 'Bernie you'd better go try to get that horse.' Ted McClain had as much to do with that as anybody. He used to be a trainer; he's a general insurance agent now and he's a fan who watches a lot of races. So, when we bought [War Front], I said, 'Alright, Ted, your mouth got you in trouble here and you're going to have to buy a share in him'.

"He did, and boy it's worked out well for him," Hancock added, chuckling. War Front now stands for a fee of $250,000, one of the highest worldwide.

McClain and Hancock's ties throughout racing and breeding run deep. McClain once worked for Lucien Laurin at the time champions Riva Ridge and Secretariat were in that trainer's barn and both later stood at Claiborne, with Hancock negotiating the record-breaking $6.08m stud deal for eventual Triple Crown winner Secretariat in early 1973 when he was only 23 years old.

Hancock played an influential role in the development of so many other globally important sires. While he was at the helm, Claiborne bred the dam of Sadler's Wells, Fairy Bridge, and also bred French champion Nureyev. Hancock brought both Mr Prospector and Danzig to stand at Claiborne even though neither would have qualified for Kentucky stud duty in the views of many at the time.

"[Danzig] hardly fit the usual mould, however, of a potential Claiborne stallion, for he was not a stakes winner,” the Claiborne website states. But he was conditioned by longtime Claiborne trainer Woody Stephens, who developed Kentucky Derby and Belmont Stakes winner Swale for the farm as well as champion Forty Niner, and Stephens advocated the horse's talent even though he was troubled by knee problems.

Hancock syndicated Danzig, a son of Northern Dancer, for $2.8m and the horse became a dominant global force. 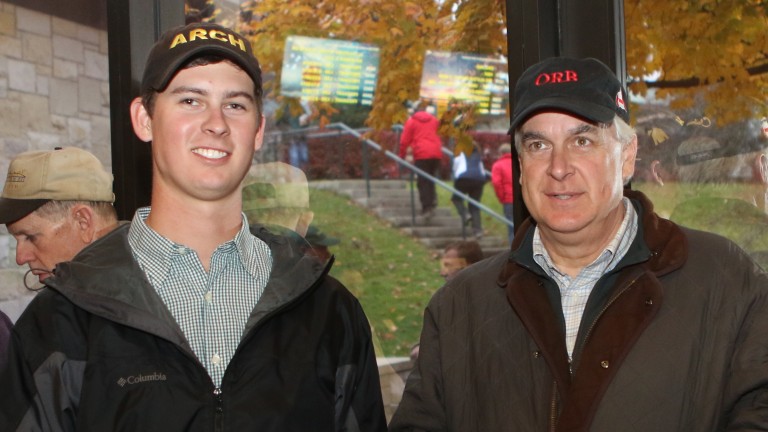 Claiborne's Walker Hancock and Bernie Sams
Keeneland
With War Front, Claiborne has shielded the stallion from trends followed by other farms, limiting his book to around 110 mares a year and keeping the now 16-year-old at the farm rather than shuttling him. Coolmore has been a major supporter of the horse, campaigning the likes of his Group 1-winning offspring Declaration Of War, Air Force Blue, Roly Poly and US Navy Flag.

Since his annual books are relatively small and some breeders opt to keep their War Front offspring or their mares in foal to the horse, buying opportunities are limited. There are no other mares in foal to War Front in the remaining 11 sessions of the Keeneland November sale.

Meanwhile, Hancock, who turned over the task of running Claiborne to his son, Seth Walker Hancock Jr, in 2015, prefers to defer to him or to Sams.

"I don't have anything to do with it anymore," he said modestly. But the still-growing prowess of War Front is a subject he will always appreciate, as do breeders worldwide.

"I've had a lot of days to think back on that have been good," Hancock said when asked about his memories of launching the stallion's career. "This game has been awful good to me."

FIRST PUBLISHED 3:21PM, NOV 6 2018
He called me one day and said, 'Seth, I?ve been watching War Front run and doesn?t he look like Danzig?' I thought yes, he does