The son of Starspangledbanner earned a career-high RPR of 116 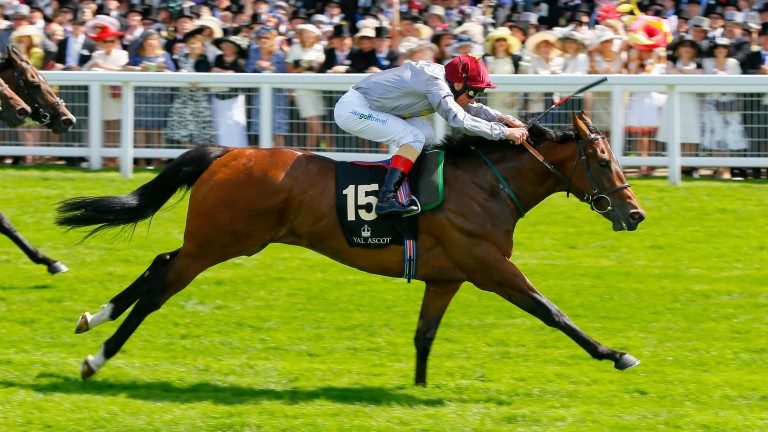 The Wow Signal, the 2014 Prix Morny winner who was retired to stud at owner Al Shaqab's Haras de Bouquetot, has died at the age of six following a battle with laminitis.

The son of Starspangledbanner stood in France in 2016 and 2017 at a fee of €8,000 and, despite being subfertile like his sire, has eight yearlings according to France-Galop. He also sired 12 foals during his time at Swettenham Stud in Australia in 2015.

Trained by John Quinn, The Wow Signal won three times in four starts as a juvenile, including the Coventry Stakes at Royal Ascot, and was named champion two-year-old in France following his win in the Prix Morny.

Bred by retired Classic-winning trainer Tommy Stack, The Wow Signal was pinhooked for €13,000 as a breeze-up prospect by Lynn Lodge Stud at the Tattersalls Ireland September Yearling Sale, before being reoffered at the same company's Ascot Breeze-Up Sale, where Sean Quinn made the winning £50,000 bid.

The Wow Signal was the second highest rated performer for Starspangledbanner after Home Of The Brave, winner of the Group 3 Criterion Stakes at Newmarket last July.

Crack jockeys, a comedian and the crown - the curious festival breeders

Hootenanny out to build on breakout year for sire Quality Road