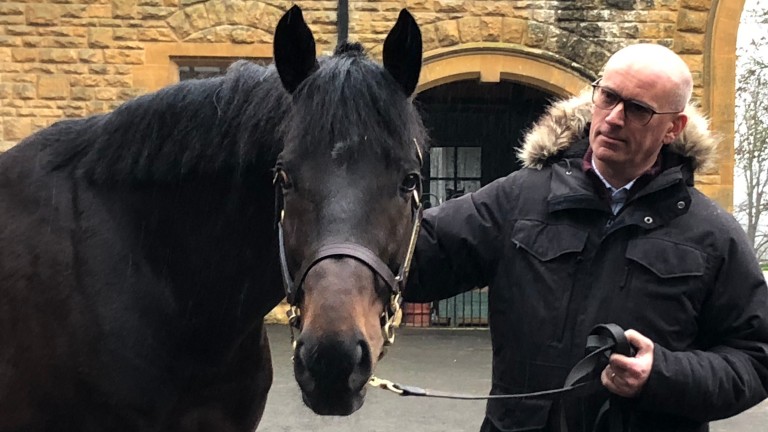 Many inexpensive stallions will benefit from the support of their owners and various connections but Batsford Stud newcomer Harbour Law is surely the only one who has the backing of a bona fide world champion.

Peter Ebdon, who won snooker's highest accolade by beating Stephen Hendry in a nail-biting final at the Crucible theatre in Sheffield in 2002, is advising the Classic winner's owners Nick and Jackie Cornwell as they launch his stallion career.

Primarily, Ebdon – who now combines pedigree consultancy with continuing on the world snooker tour – is deploying his in-depth study of thoroughbred families to help source mares for Harbour Law, who has retired to the photogenic Batsford Stud in Gloucestershire after a career in which he ran second in the Queen's Vase and landed the St Leger at three and finished third to Big Orange in the Gold Cup at four.

“I've known Nick and Jackie a long time – our children went to the same school – but it wasn't until many years later that I realised what big breeders they were,” Ebdon says, explaining how his association with the Cornwells began.

“I got in touch with them a few years ago to say I was thinking of setting up a professional pedigree consultancy business and asked would they like me to have a look at their mares. They're lovely people, so enthusiastic about their horses and putting such a big investment into racing, so it has been a pleasure to help them.”

Incredibly, Ebdon finds the time to research pedigrees along with maintaining snooker practice and travelling around the world to play, as well as being a professional healer in alternative therapies.

“I'd been understudy to one of the world's leading professional pedigree consultants in Australia for four or five years and thought I'd like to set up my own business and pass on the knowledge,” he says. “It's been my main passion for the last 30 years.

"I've spent literally thousands and thousands of hours on research, I find it fascinating, not least because pedigrees are forever changing and developing – there's always a new crop of two-year-olds and stallions going to stud.”

HARBOUR LAW – THE FACTS AND FIGURES

Ebdon's analysis is nothing if not thorough and from it he has acquired some vehement opinions on the best way to breed talented horses.

“I've gone back to the beginning of the breed and studied the most successful horses to see which ancestors were reinforced in their pedigrees, to notice consistent patterns again and again, which is why I'd encourage breeders to think more carefully about their mating selections,” he says.

“I remember reading a few years ago that only one in approximately 300 horses become stakes horses. The reason behind that is because of the incompatibility of so many matings – most have very little chance even before the mare is covered because there is just no compatibility there.

“There's a lot of mating software out there – most studs have an online facility where you can test your mare – but most of those are very limited and basic as they completely dismiss the dam's side of the pedigree. If they don't, they only look at the damsires, so immediately 25 per cent of the pedigree is completely dismissed and I think that's a mistake.

“Those tools are very useful and are fine as a guide, but you only have to look at the results other professional pedigree consultants have been getting on a consistent basis for a long time to realise you have to go deeper. Breeders definitely put the percentages massively in their favour by using pedigree consultants.”

There is plenty in Harbour Law's family for a pedigree pundit to get their teeth stuck into, as he is by Lawman out of the winning mare Abunai from the fruitful Hascombe and Valiant Studs family of Beckford, Inchinor and Poet's Word.

Unsurprisingly perhaps, considering the six-year-old's grandsires Invincible Spirit and Pivotal were out-and-out sprinters, Ebdon feels there is scope to breed faster horses from him.

“I think it's entirely possible that by getting those genetically compatible mares to Harbour Law we can bring out those speed influences and breed faster horses despite him being a stayer and a St Leger winner. We'll be looking to double up on ancestors like the top milers Warning and Kris.

“That said, I think he could be a very successful jumps sire too. I've gone through the National Hunt stallion book and picked out 50 broodmare sires who I know who will suit him straight away.”

Ebdon's belief in his pedigree research has led to him holding some lofty ambitions.

“I don't see why with those targeted mares Harbour Law couldn't have a minimum 70 per cent winners to runners,” he says. “I'd love to think there's a possibility – with the genetically compatible mares – that he could perhaps have ten per cent stakes horses to runners, which would put him in the major league.

“It's important to reach for the stars and my goal for Nick and Jackie and for Batsford Stud is for him to become the number one dual-purpose stallion in Europe.”

To that end, Ebdon has been helping source mares for Harbour Law.

“I bought some yearlings and other mares for Nick and Jackie and selected some from their existing broodmare band,” he says. “I'd say that between those who have been bought and those already owned, Harbour Law will see 20 to 30 what I consider to be very genetically compatible mares.

“I've really enjoyed going to Tattersalls, being there incognito and people wondering what I'm doing there. But it's important I'm there. Any pedigree consultant will tell you that they're able to see things you can't see just on a catalogue page; we're looking at eight or nine-generation pedigrees, for superior reinforcements, full-brothers, full-sisters, paying close attention to damlines.”

Batsford Stud's Alan Varey cast an expert horseman's eye over Ebdon's selections “to make sure I wasn't making any clangers” and the snooker maestro is confident that with repeated matings to Harbour Law his purchases will produce the goods.

“One of the things I say to all my clients is that it's important to try a mating at least twice,” he says. “Mendelian genetics tell us that around one in every four matings will result in a horse inheriting recessive genes and so have little or no ability – but the brother or sister could be a champion.”

An awful lot of thought has gone into Harbour Law's stallion career. For other breeders to join in with such a carefully considered project, the cost is just £4,000 a cover.

Click here to read our Breeding on a Budget supplement, your essential guide to finding value in the stallion ranks 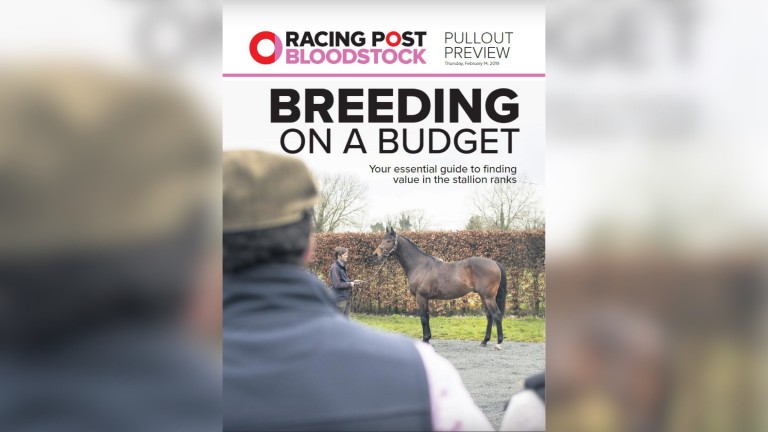 FIRST PUBLISHED 10:27AM, FEB 16 2019
I've gone back to the beginning of the breed and studied the most successful horses to see which ancestors were reinforced in their pedigrees