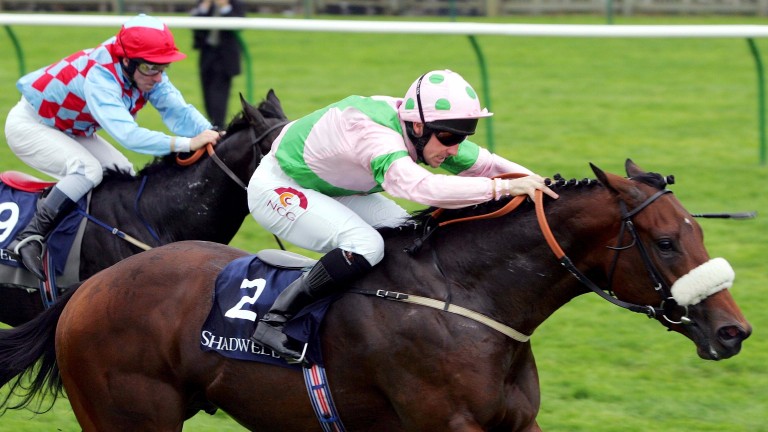 High-class sprinter and Haras des Faunes sire Amadeus Wolf has died after suffering a stroke at the age of 14.

The son of Mozart, a €87,000 yearling purchase by Anthony Stroud, was trained in North Yorkshire by Kevin Ryan throughout his 17-race career, winning four times and amassing over £385,000 in prize-money.

Having made a winning two-year-old debut, Amadeus Wolf added to his juvenile haul with convincing victories in the Gimcrack Stakes and the Group 1 Middle Park Stakes, defeating Red Clubs on both occasions.

He was unable to add to his tally at three, although he did hit the frame in the Prix Maurice de Gheest, the Nunthorpe Stakes and the Haydock Sprint Cup. His fourth and final victory came when landing the Group 2 Duke of York Stakes on the first start of his four-year-old campaign, beating his old adversary Red Clubs by one and a quarter lengths.

Amadeus Wolf took up stallion duties at the Irish National Stud in 2008 at a fee of €10,000. He spent five years at the County Kildare operation, from where he sired his highest-rated performer by Racing Post Ratings, the Group 3-winning sprinter Hamza, whose Abernant Stakes victory earned him a mark of 114. His other notable progeny include Listed winners Caledonian Spring and Avabin.

In 2013 Amadeus Wolf transferred to the French stallion ranks, standing at Haras de Saint Vincent for two years before moving to Haras des Faunes, where he stood alongside the likes of Kheleyf, Panis and Vale Of York.

FIRST PUBLISHED 7:11PM, JUL 19 2017
Having made a winning two-year-old debut, Amadeus Wolf added to his juvenile haul with convincing victories in the Gimcrack Stakes and the Middle Park