From Bahamian to Slightly Dangerous, Juddmonte Farms' most brilliant broodmares 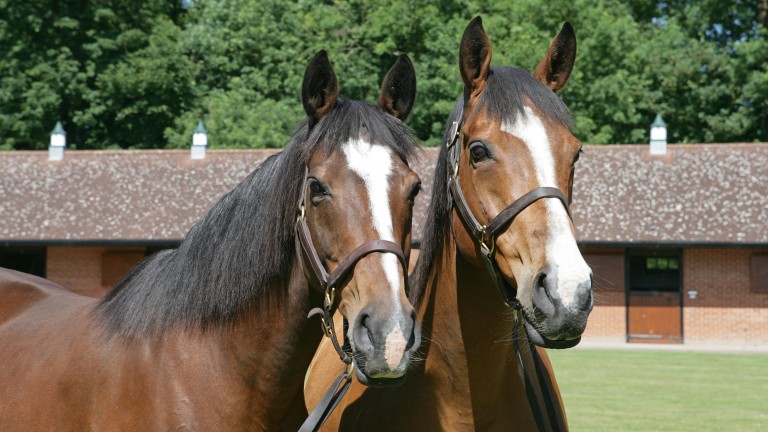 Bahamian hailed from the final full crop of Mill Reef and was out of Sorbus, a daughter of Busted who finished runner-up in the Irish 1,000 Guineas, Irish Oaks (demoted from first), Yorkshire Oaks and Irish St Leger. Khalid Abdullah, then advised by George Blackwell, went to 310,000gns to secure her at the Tattersalls Highflyer Yearling Sale of 1986.

She proved a shrewd purchase, first on the track by winning the Lingfield Oaks Trial and running second in the Prix de Pomone, and then at paddocks.

Her second foal Hope, another filly by Dancing Brave, showed little on her sole start but achieved even more than her older sister at stud, as dam of champion two-year-old and sprinter Oasis Dream, later an important sire for Juddmonte, as well as Poule d'Essai des Pouliches scorer Zenda.

Zenda in turn produced the brilliant miler Kingman, who now stands at Banstead Manor Stud alongside Oasis Dream and is developing into an important sire – getting his first Classic winner with Persian King.

Bahamian's 1994 foal by Sadler's Wells, Coraline, won one race before giving birth to three high-class middle-distance and staying performers in Coastal Path, Martaline and Reefscape, all of whom have, by the by, sired jumps Grade 1 winners.

There was more to come from Bahamian, whose first six offspring were female. Trellis Bay, her 1996 foal by Sadler's Wells, notched a Listed placing before producing the stakes winners Bellamy Cay and Cinnamon Bay, the last-named the dam of Prix du Jockey Club victor New Bay.

The modestly bred Mofida was bought for just 4,000gns as a yearling by Barry Hills, but turned out to be a particularly plucky runner, winning eight of her 41 starts over three seasons and placing another 19 times. She achieved three Group 3 placings and after her purchase by Robert Sangster ran an honourable fifth in the July Cup.

Sangster mated Mofida with The Minstrel three times before selling the mare in foal to his flashy chestnut Derby winner to Khalid Abdullah, and the resultant foal – the first for Juddmonte out of her – was Zaizafon.

Zaizafon won the Group 3 Seaton Delaval Stakes at Newcastle and took third in the Queen Elizabeth II Stakes before distinguishing herself at stud by producing the brilliant champion Zafonic and his Group 3-winning brother Zamindar, both colts later supplying important winners in their stallion careers at Juddmonte. 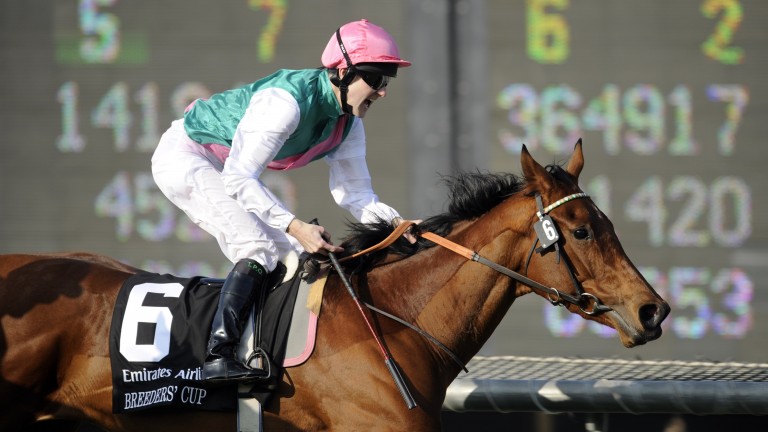 Mofida's next foal after Zaizafon was Modena, a daughter of Roberto who was unraced but became dam of Eclipse and Irish Champion Stakes victor Elmaamul and Fillies' Mile and Oaks heroine Reams Of Verse among no fewer than eight black-type winners. Mofida's Listed-placed daughter Midsummer produced Juddmonte's outstanding racemare Midday.

The Lingfield Oaks Trial runner-up formed part of a package of mares bought by Abdullah from Jock Whitney, a fellow owner with horses in training with Jeremy Tree. Her progeny record does not have quite the same depth of upper-case black type boasted by a Bahamian or a Mofida, but her inclusion in a list of Juddmonte's most influential foundation mares is essential because of one daughter.

That all-important produce was Rainbow Lake, her 1990 foal by Rainbow Quest who won the Lancashire Oaks for Sir Henry Cecil. Her first two foals to run, Brimming and Unaware, were smart but did not collect black type, but better was to come from her sixth foal Powerscourt, a son of Sadler's Wells bred in a foal sharing arrangement with Coolmore and raced by the Irish organisation to win the Tattersalls Gold Cup and Arlington Million.

Rainbow Lake's seventh foal Kind, a daughter of Danehill, must have inherited plenty of her father's speed as she was a dual Listed winner over five and six furlongs and she then played her part in another foal-sharing deal with Coolmore when sent to Galileo.

Juddmonte retained the colt this time and, named Frankel and sent to Cecil, he wrote his name into history books as one of the best racehorses of all time.

For her part, Rainbow Lake went on to produce the Group winners Last Train and Riposte to Juddmonte home stallions Rail Link and Dansili.

Rockfest, meanwhile, produced little else of consequence apart from Rainbow Lake and an offbeat footnote to her production record is that the final foal she produced before her death was a colt by Dracula, a champion two-year-old in Australia by Abdullah's Derby winner Quest For Fame whose shuttle trips to Plantation Stud in Newmarket are long forgotten.

Slightly Dangerous
1979 b Roberto-Where You Lead (Raise A Native)

Slightly Dangerous was bought by James Delahooke on behalf of Abdullah before she finished second to Time Charter in the 1982 Oaks. Months later, Delahooke would also buy the Blushing Groom colt out of the filly's half-sister I Will Follow, and he turned out to be Coronation Cup and Arc winner Rainbow Quest.

The daughter of Roberto must have brought Abdullah particular satisfaction as he mated her with his first Classic winner Known Fact to produce the outstanding champion Warning, and with his phenomenal colt Dancing Brave to produce the Derby hero Commander In Chief. 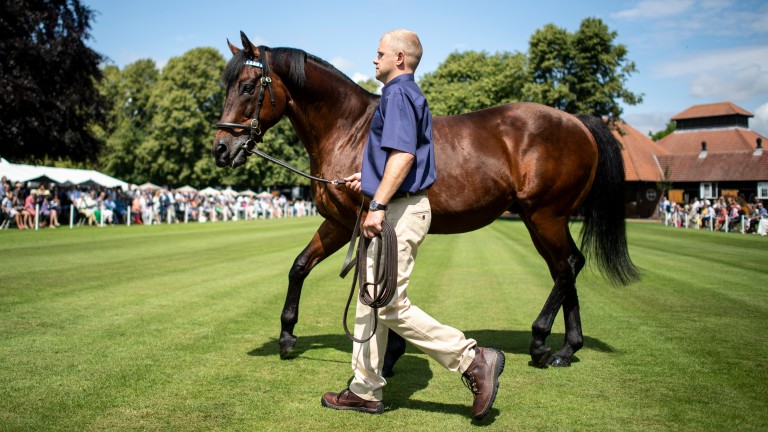 This was one of the foremost thoroughbred families in the 1990s and although it has perhaps diminished in relevance in recent years, it still produces notable performers – sometimes for other breeders – including Await The Dawn, Full Mast and Ollie Olga.

Furthermore, Slightly Dangerous frequently appears in pedigrees of big-race winners, primarily because the kingpin sire Dubawi is out of a daughter of Deploy, but also with Warning popping up in the families of prolific sires such as Dream Ahead and Showcasing.

Like Mofida, Sookera was acquired from the broodmare portfolio of Robert Sangster after the high-rolling bloodstock investor had bred a few foals from her.

Sookera was well-bred, by Roberto and from a maternal family of US champions, and she proved up to scratch on the track herself, winning the Cheveley Park Stakes and Chesham Stakes at two.

The first foal Juddmonte bred from her proved to be one of the most influential in the history of the stud: Kerali, a daughter of High Line who won once for Jeremy Tree.

Kerali was not done there, as she also produced Arrive, the Listed-winning dam of the high-class fillies Promising Lead and visit, and Skiable, the mother of Three Valleys, who gave a glimmer of hope he could be a new Juddmonte star of Dancing Brave or Zafonic magnitude when he won the Coventry Stakes in breathtaking style.

FIRST PUBLISHED 6:30PM, JAN 12 2021
Slightly Dangerous frequently appears in pedigrees of big-race winners, primarily because the kingpin sire Dubawi is out of a daughter of Deploy