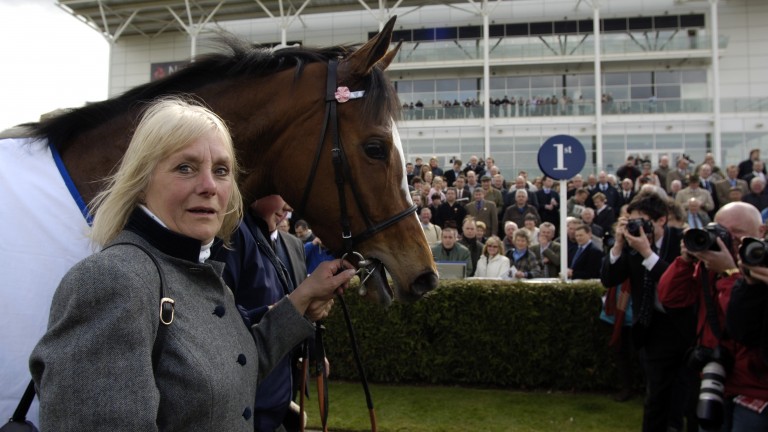 Pam Sly with star filly Speciosa after victory in the Nell Gwyn. 14 years on, a filly from the same line as Speciosa is making a big impression in bumpers
Edward Whitaker
1 of 1
By Jack Haynes UPDATED 9:20AM, DEC 10 2020

Her phone may have been red-hot but trainer Pam Sly knows when she has a smart filly and will not be selling the exciting Eileendover after two wide-margin bumper wins.

Owned and bred by the trainer and her son Michael, Eileendover is from the same dam line as Sly’s 2006 1,000 Guineas heroine Speciosa and has routed the fields in two bumpers by 29 and 16 lengths.

The three-year-old has twice recorded the highest Racing Post Rating (127) of any bumper horse in Britain this season and sits sixth in the British and Irish standings in the division.

Sly was expecting a positive showing on Eileendover’s debut last month but admits to being blown away by her Huntingdon demolition job. It was much the same at Wetherby last weekend.

Sly said: “She didn’t run on the Flat as a three-year-old because she was just so slow in maturing. She’s a fair size but still needs to fill out. We missed the turf season so I thought we’d run her in a bumper and see how we get on.

“I thought she’d finish in the first four or five at Huntingdon as she had worked all right at home with a horse that had won around there three weeks before. We’d never had her off the bridle or away from the farm so didn’t know she was as good as that!

“I still don’t know how good she is now. I was absolutely stunned watching the race and she was just as good at Wetherby. Gina [Andrews] let her go around two furlongs out and away she went again. Hopefully she’s going to be a bit special.

“We’ve had quite a few offers for her but she’s not for sale. We’ve waited almost 14 years to get a good one from the Speciosa line, so what’s the point in selling her now!” 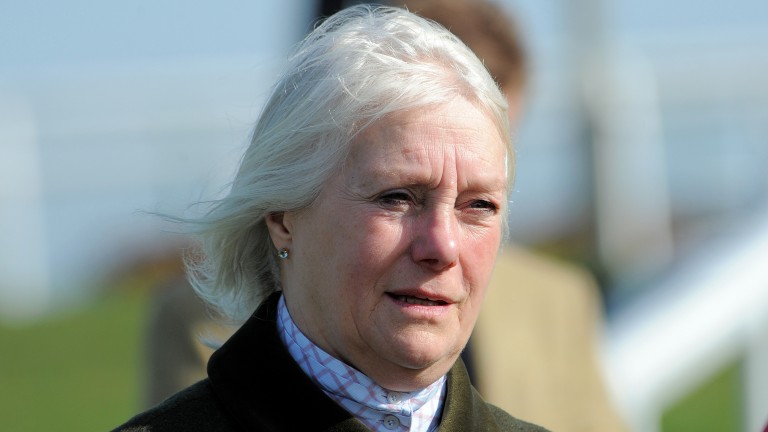 Pam Sly: "It's a great thrill for the yard"

A trip to Cheltenham on New Year’s Day is next on the agenda for Eileendover with Sly targeting the Listed four-year-old bumper that closes the card. A Flat campaign could well beckon later next year.

Sly, who is operating at a 26 per cent strike-rate this jumps campaign with six winners from 23 runners, said: “She’s dead easy to train and anyone can ride her – she’s just so nice and has a wonderful temperament.

“We’re looking at the four-year-old Listed bumper at Cheltenham on New Year’s Day. We’d like to get some black type for her and will take it one step at a time, but we will look at running her on the Flat next year. She won’t be going jumping and she could be really nice on the Flat.

“It’s a great thrill for the yard. I hope our staff feel the same excitement as me about her.”

FIRST PUBLISHED 8:18AM, DEC 10 2020
Gina [Andrews] let her go around two furlongs out and away she went again. Hopefully she’s going to be a bit special