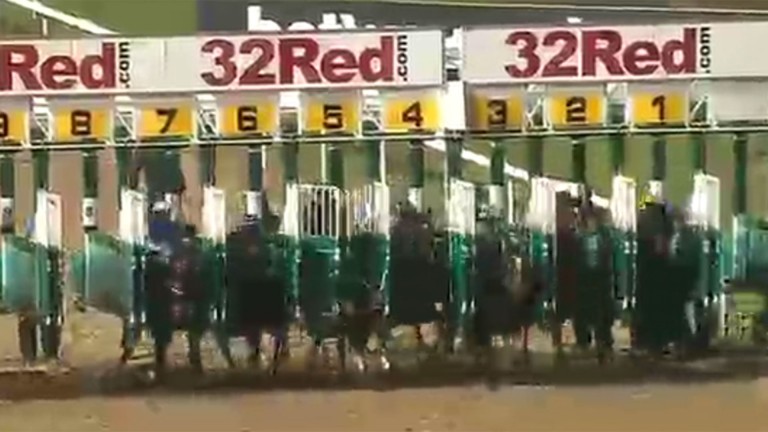 Carp Kid is left in stall five, much to the displeasure of owner-trainer John Flint
1 of 1
By Bruce Jackson UPDATED 4:24PM, FEB 25 2018

Trainer John Flint, who believes his runner lost a race at Wolverhampton on Saturday because the stall opened late, has given vent to his frustration as he claimed it happened despite a known problem with the machinery.

Carp Kid finished a length-and-three-quarters third in the 1m½f handicap after being left on the back foot and having to push his way out of the stalls with the other six runners having set off.

"It's unbelievable," said Flint, who also owns the horse, on Sunday. "At the stewards' inquiry they said they had issues with the stalls – they tested them twice and as the gates opened okay they continued.

"They didn't get to the root cause of it. You don't put something back into service if it's broke."

Flint and punters were left to count the cost of the incident, which the trainer is convinced cost his recent purchase an immediate win.

Carp Kid had been claimed out of Jamie Osborne's stable for £10,000 last month and Flint was hoping to find new owners for the three-year-old.

The Bridgend trainer added: "We timed it and he was left in the stalls for over a second behind every other horse. Not only did he have to catch them up but he also faced their kickback.

"He's been beaten only a length and three-quarters. It definitely cost us the race and cost his punters, and it was through no fault of the horse or jockey."

Some bookmakers, though, returned stakes on Carp Kid, with Paul Binfield, representing Paddy Power, saying: “We certainly couldn’t allow punters to be shortchanged in this situation, especially as the horse ran so well when he was finally released from captivity!” 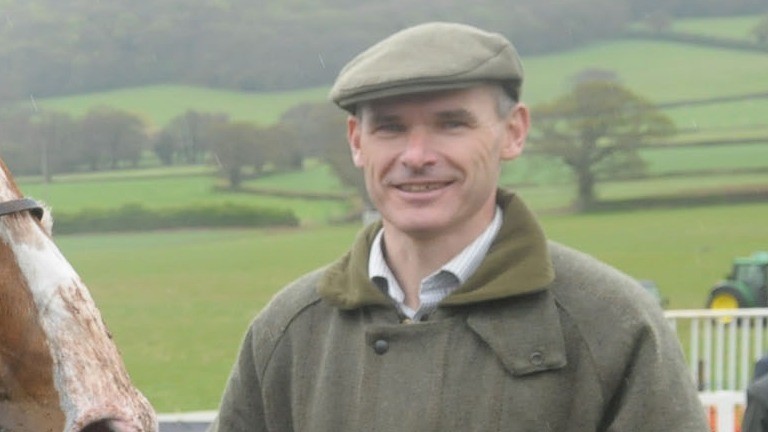 John Flint: "He's been beaten only a length and three-quarters. It definitely cost us the race"
The stewards' report into the incident read: "It was found that there had been a fault with stall five resulting in it opening fractionally after the other stalls. Being satisfied that the malfunction had not materially prejudiced a sufficient number of runners and that the starting procedures had been properly carried out, no further action was taken but a report was forwarded to the head office of the British Horseracing Authority."

Flint added: "I was told the rule is that 33 per cent of the horses have to be inconvenienced to have voided the race. But this needs to be looked at.

"It's an accident waiting to happen in a big race. Can you imagine what would happen if the Derby favourite had this happen to him with all the millions of pounds involved?"

As to the cost to Flint on Saturday, Carp Kid picked up £822 for finishing third with the winner walking away with £5,530.

He said: "It's cost me personally £4,700 and getting my money back, as well as probably getting new owners for the horse, which was the plan."

Arena Racing Company, which owns Wolverhampton and its starting stalls, confirmed the set is used exclusively at the track.

Susannah Gill, Arc's director of external affairs, said on Sunday: "We haven't had that problem with the stalls before. The team are very familiar with the stalls and maintain them to the manufacturer's specifications and they were retested last night."

The BHA confirmed on Sunday that the stalls had been tested three times before each subsequent race, and there were no further issues.

The official guidance on such incidents also states that the BHA advises stewards that the chances of at least 33 per cent of the runners should be ‘materially prejudiced’ for the race to be declared void.

There was an incident in August 2014 when a runner burst out of the stalls early at Epsom with a false start called but the eight runners finished the race, with Humidor first past the post. The race was declared void at the stewards inquiry.

FIRST PUBLISHED 1:27PM, FEB 25 2018
They didn't get to the root cause of it. You don't put something back into service if it's broke