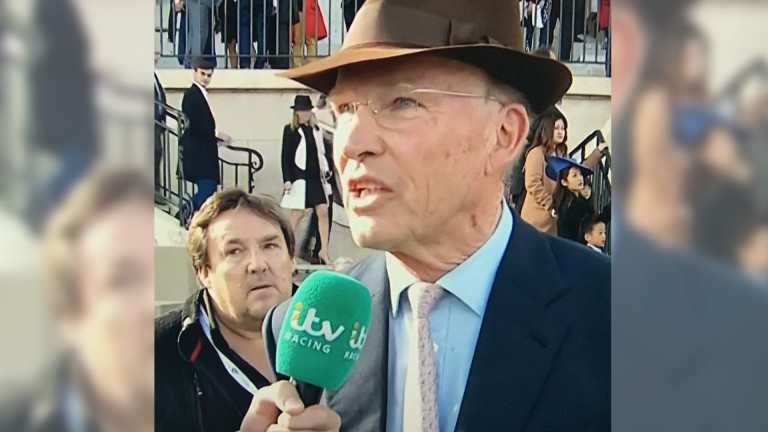 Richard Melia appeared in the background behind John Gosden at Longchamp on ITV
ITV
1 of 1
By Tom Ward UPDATED 10:36AM, OCT 9 2019

Melia was given an indefinite exclusion order from all British racecourses in 2017 following a litany of unsolicited high-profile appearances, and gained notoriety when leading Sizing John into the winners' enclosure after the chaser's victory in the 2017 Cheltenham Gold Cup.

Following his Festival infiltration, Melia was ejected from Yarmouth at a meeting in September 2017 when he was again caught leading in a winner, while he was also spotted during victory celebrations for Frankel, Camelot and at the Grand National in 2013 following the victory of Auroras Encore. 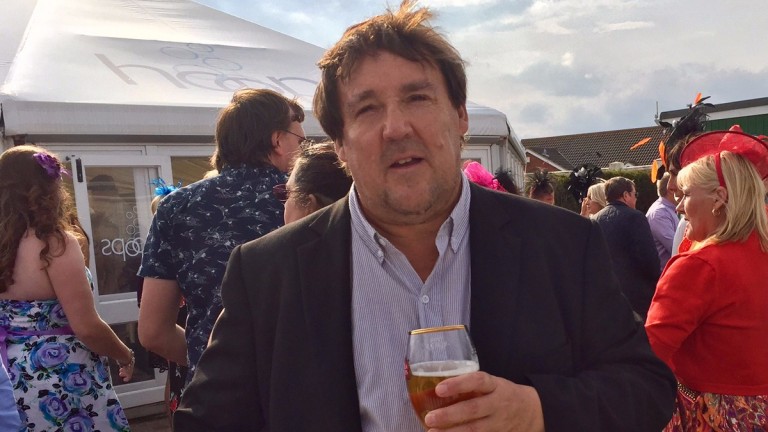 Richard Melia: up to his old tricks at Longchamp

The interloper claims to have also accessed high-profile sporting events beyond racing, including the British F1 Grand Prix and one of Floyd Mayweather's boxing fights in Las Vegas.

Melia was initially banned from all tracks operated by Arena Racing Company, before his exclusion was extended to all domestic courses after his name was added to the BHA's excluded persons list in October 2017.

Bell's interview with Gosden on Sunday, in which Melia was seen peering over the champion trainer's right shoulder, was conducted in an enclosure at Longchamp that is open to the general public and close to the walkway back to the paddock. 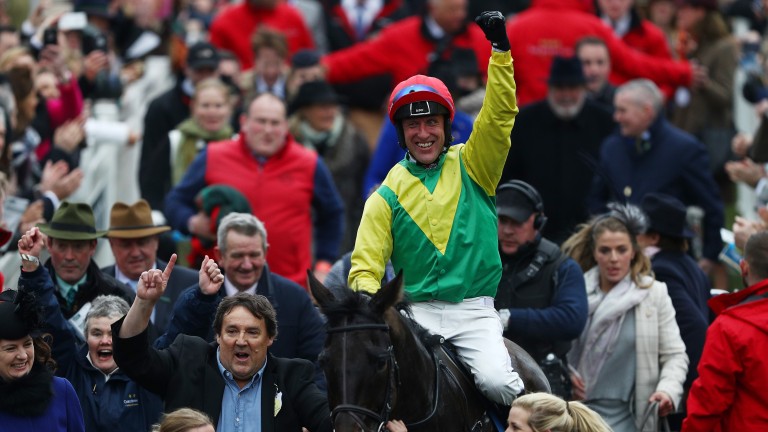 Melia, a keen gambler and racing fan, was interviewed by the Racing Post in 2017 following his Gold Cup appearance, and revealed his gatecrashing exploits began in the 1990s "for a laugh".

"I've done it at loads of places," said the Colchester-based driver. "I've been on the grid at Silverstone, I was in the ring at the Dubai World Cup the year Animal Kingdom won. I've been in the ring after a Floyd Mayweather fight in Vegas and shook hands with him.

"It's just become a bit of a tradition really because I get so many people talking about it. The trouble is people expect me to do it now.

"It's only for a laugh – it's nothing serious. I'm not trying to hurt anyone or cause any trouble and I always keep out the way once the owners and trainers are all together."

FIRST PUBLISHED 1:48PM, OCT 7 2019
It's just become a bit of a tradition really because I get so many people talking about it