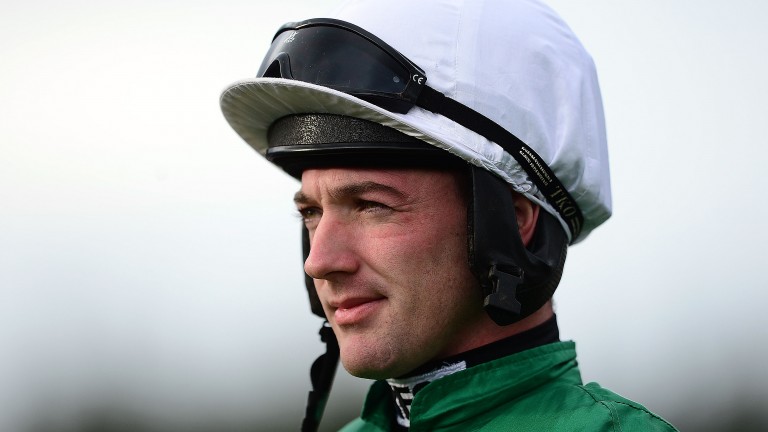 Richie McLernon, who came heartbreakingly close to winning the Grand National when Sunnyhillboy went down by a nose to Neptune Collonges in 2012, outlined on Wednesday how he never dwelt on that defeat, which he intends to put right on Regal Encore at Aintree next week.

A general 33-1 shot for the Randox Health-supported marathon, Regal Encore was last seen winning a valuable Listed handicap chase at Ascot in February and was put through his paces for Aintree under McLernon during an awayday in Lambourn on Wednesday.

The pair jumped the two mock National fences on the schooling grounds under the watchful eye of trainer Anthony Honeyball and his wife Rachael.

"He felt very good and the idea of coming here was to get his eye in and see how he felt, and he felt lovely," said McLernon.

"I was happy with what he did. It was good to get him away as well and he did exactly what I wanted him to.

"I've had a couple of good spins on him this season. He was very good at Ascot and excellent in the Ladbrokes Trophy at Newbury and that day I thought, 'Yeah, this will suit'. I'm very happy with how he feels and Rachael and Anthony are happy, so that's good."

Regal Encore was eighth in the National last year and McLernon is hoping he and his partner have unfinished business in the £1 million event.

"He's had course experience and been round there before," added the jockey. "When you're a kid it's what you dream of and I'm very privileged to be in a position to be riding in the race.

"It was great thrill [finishing second]. Any race you ride in that you don't win is a disappointment, but it was just one of those things and you don't really dwell on it; you just look forward to the next one."

He said: "You'd have to think he'd have a better chance this time round. We've just got to hope he uses his brain as well as he did last year and keeps out of trouble."

FIRST PUBLISHED 5:13PM, APR 4 2018
He felt very good and the idea of coming here today was to get his eye in