Hughie Morrison inquiry hears of threat to 'get at' filly 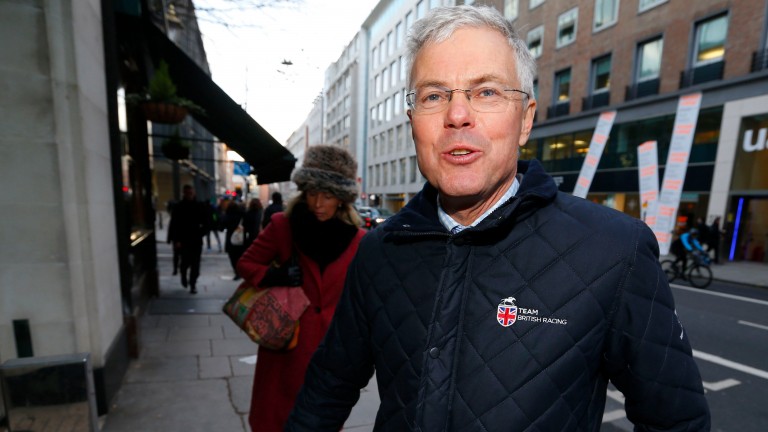 Hughie Morrison arriving at the BHA for the start of the Our Little Sister inquiry
Dan Abraham
1 of 1
By Graham Dench 8:20PM, DEC 19 2017

The long-awaited Hughie Morrison anabolic steroid inquiry got under way on Tuesday with a dramatic claim that another trainer threatened to “get at” the filly at the centre of the case.

The hearing at BHA headquarters in London concerns a positive test for nandrolone taken from the Morrison-trained Our Little Sister after she had finished last in a two-mile handicap at Wolverhampton on January 14.

The names of the other trainer and her partner were put forward by Morrison’s barrister as “people who might be of interest” to the inquiry.

In response to Morrison’s offer of a £10,000 reward for information that would shed light on the matter, QC Graeme McPherson said a whistleblower had claimed to have heard the trainer threaten to “get at” the filly.

The whistleblower also offered a possible motive, albeit a tenuous and not entirely plausible one.

However, McPherson did not suggest that either the trainer or her partner "pressed the plunger", or indeed instructed anybody else to do so, and the BHA dismissed their relevance to the case, having conducted interviews.

Multiple Group 1-winning trainer Morrison is one of his profession's most vocal advocates of clean racing but could face disqualification if found guilty.

He does not contest the positive urine test taken from the moderate Our Little Sister, or the manner in which it was administered, which it was accepted by both sides could have been only via intramuscular injection.

However, he claims the steroid was administered "maliciously", and has raised questions over "the inadequacies of the investigation". He has also identified three ex-employees whom he suspects might hold a grudge.

The disciplinary panel agreed that if it were proven to be a malicious act it would provide "considerable mitigation", but no firm evidence to link any of the three was offered.

The first of three witnesses called during the morning session was Greg Pearson, a stipendiary steward on duty at Wolverhampton, who gave evidence regarding the reasons for testing Our Little Sister and the manner in which that reason was documented.

He said it was a random test generated by a computer programme rather than intelligence-led – there is at least one random test at every meeting among around 10,000 tests a year – and it was recorded as "random" via a drop-down menu.

Witness number two was Andrew Streeter, co-ordinator for the BHA's stables inspection team, who confirmed that Morrison's yard had been inspected at least once every three years and met all of the authority's criteria, including those regarding security and maintaining medical records. 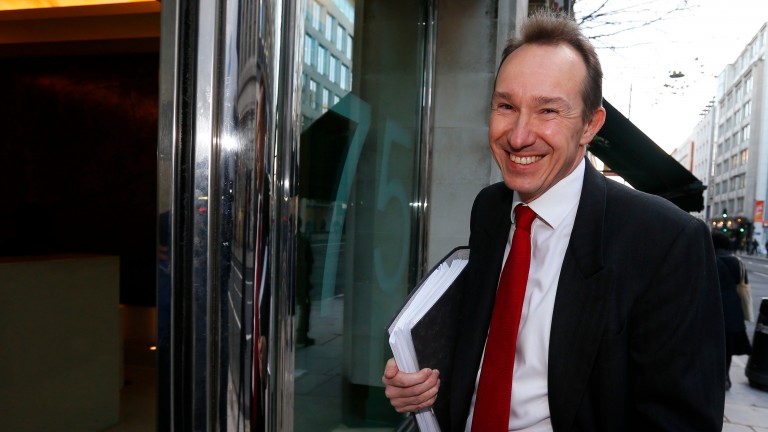 Graeme McPherson QC: put forward the name of the trainer and her partner
Dan Abraham

The third morning witness was Tim Miller, the leader of the BHA's investigating officers, who conducted an unannounced dawn visit to Morrison's Summerdown stables in East Ilsley, on February 3 at which all 75 horses were tested, including Our Little Sister. None tested positive to any prohibited substances.

Under cross-examination Miller confirmed that Morrison, while "extremely agitated" on his arrival, made no attempt to stop the procedure and agreed that in the subsequent ten months he had been "wholly co-operative" and indeed had also at times prompted the BHA in its investigations.

The afternoon session revolved around disputed scientific evidence regarding Our Little Sister's positive test and how much could be accurately gleaned from examination of the original urine sample and of hair samples later taken from the filly's mane – specifically regarding the quantity of the steroid administered and, most pertinently, the so-called "window of opportunity" during which it might have been administered.

Dr Mark Dunnett gave evidence for McPherson concerning hair analysis, commissioned by the Morrison team, which he initially said pointed to that window being from "mid-December to mid-January". On further examination he conceded it could have been as early as December 8, on top of which there was a "ten per cent margin for error".

Assistant professor Stuart Paine provided evidence on behalf of the BHA from a pharmacokinetics standpoint – understanding what a body does with a drug after it has been administered and what timelines can be drawn from its study.

Paine, who admitted his research department at Nottingham is in part funded by the BHA on a rolling contract, had first been briefed only early this month, while on holiday.

Finally, Professor Thomas Tobin, who described himself as "a veterinarian and horseman of 40 years' experience", gave evidence from Kentucky on behalf of the Morrison team via a one-way video link.

He sought to cast doubt upon Paine's testimony, but proceedings deteriorated quickly owing to his failure initially to have the relevant reports to hand for reference, and increasing technical issues that made his evidence impossible to hear clearly.

Those issues became so detrimental that panel chairman Brian Barker had to put a stop to his giving evidence and dismiss him, with the panel's thanks.

The case continues on Wednesday.

FIRST PUBLISHED 8:20PM, DEC 19 2017
Morrison is one of his profession's most vocal advocates of clean racing but could face disqualification if found guilty

Getting racing back on is a critical first step - but it's just a short-term fix Bet365 axe telephone betting after long-term decline in use Racing's return is a big opportunity - but it needs sensitive handling When does racing return? Updated schedule including Royal Ascot and the Guineas Peter Scargill: we've got our sport back but we can't rest on our laurels BHA keen to allow owners back on racecourses as soon as possible