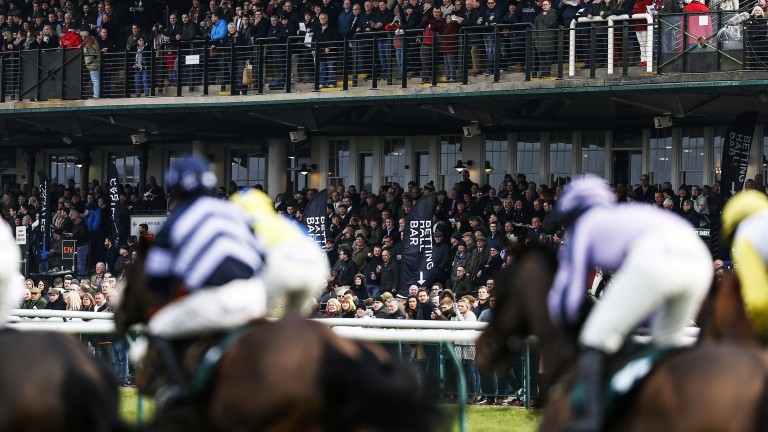 After the Beast from the East it is the rain that is the pain, and turf racing in Britain could be washed out until Friday, possibly even later, if Warwick does not escape showers on Wednesday afternoon.

Lingfield's all-weather meeting kept the show on the road in Britain and Ireland on Tuesday, when Fairyhouse pulled the plug on the third day of its Easter festival.

Catterick's card for Wednesday was also lost, leaving Lingfield, Southwell and Kempton in the spotlight, while Leopardstown is scheduled to fly the flag in Ireland.

Musselburgh pulled the plug on Thursday's meeting too, while Warwick the same day is subject to an 8am inspection on Wednesday.

Warwick clerk of the course Jane Hedley said on Tuesday: "I'd be reasonably comfortable if we were forecast no more rain that the level of water we have would disperse sufficiently for us to be okay. However, our issue is we're forecast some chunky showers tomorrow afternoon.

"I expect it to be improved by tomorrow morning, but then it will a watching brief in the afternoon."

As for Friday, Wexford is subject to an inspection at 2pm on Wednesday, with the track partially waterlogged, while racing at Wetherby is also in doubt and an inspection will take place at 11am on Wednesday. Stratford's meeting on Saturday is already off.

In consultation with the BHA Inspectorate Saturdays meeting @stratfordraces has regrettably been ABANDONED. The track is waterlogged with no chance of recovery in time #anotheronedown pic.twitter.com/zJbaK5hnlG

In light of the prolonged spell of disruptive weather, the BHA could scheme an extra fixture on Saturday.

"Following any spate of abandonments we look very closely at the ability of the upcoming fixture list to satisfy the requirements of the horse population," said the regulator's chief operating officer Richard Wayman.

"If it looks as though horses may struggle to find suitable opportunities or face the prospect of being eliminated from races, we'll work with racecourses and the Levy Board to create replacement fixtures.

"So far this winter five replacement fixtures have been added to the fixture list and we're now developing plans for when things begin to dry up over the next few days, including adding an extra meeting on Saturday."

It is not just racecourses suffering as Ruth Carr's yard between Thirsk and York found itself partly under water following the downpours.

"It's been piling up because it's never really had much chance to dry up," said Carr.

"Luckily the gallops are fine and not a problem and we've still been exercising the horses. It's just the lunge pits and the paddock that are stood in water.

"It's been hard work for the staff in the last month or six weeks. The snow, the cold, the wind, the ice and now all this rain, but we've got our wellies on and are gritting our teeth.

"The horses probably don't mind the rain and water as much as we do as they're outside creatures by nature."

Carr has called on the services of her other half to help, adding: "My husband Roger has a plant hire business, so I asked him very nicely if he'd help me sort the lunge pit.

"We've drained most of the water and hopefully we'll be back in action in a couple of days, if it stays dry!" 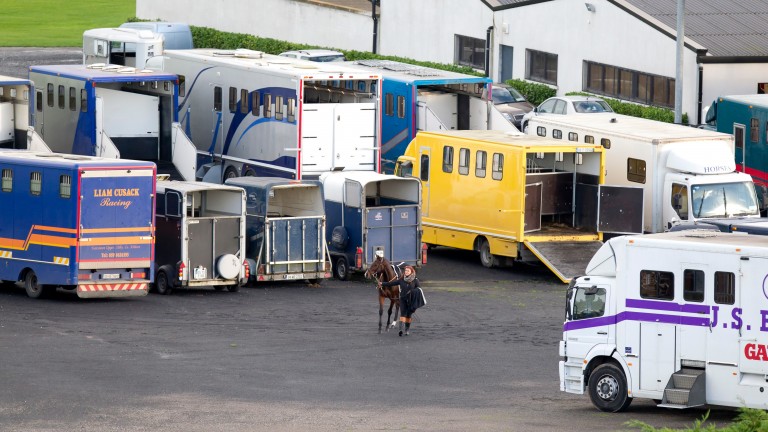 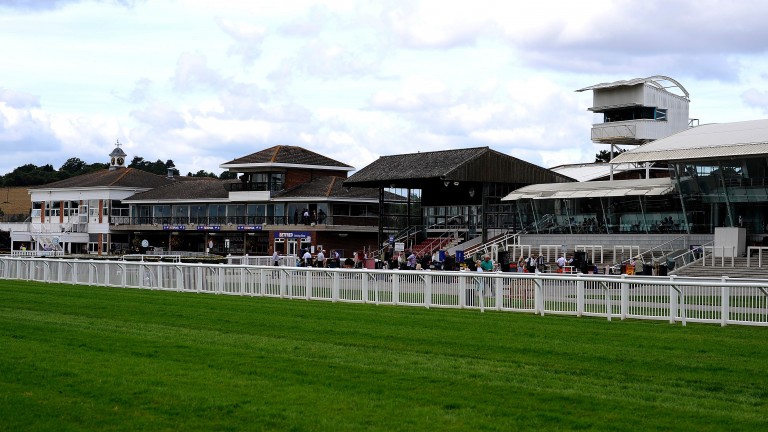 FIRST PUBLISHED 6:18PM, APR 3 2018
I expect it to be improved by tomorrow morning, but then it will a watching brief in the afternoon