Goodwood to review its security after complaints fight went on unabated 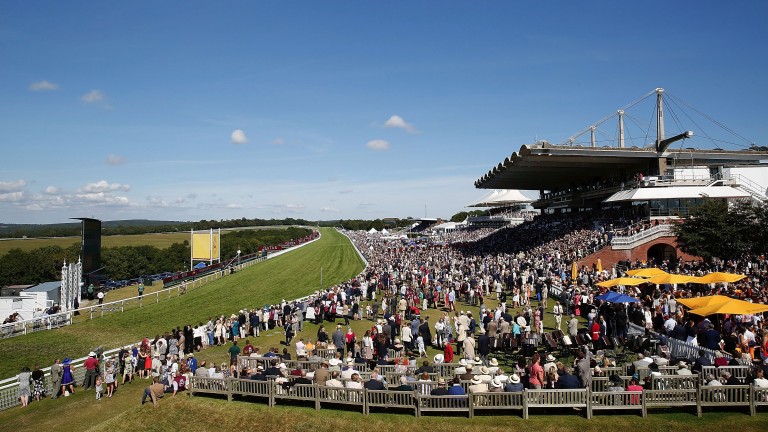 Conditions were glorious at Goodwood on Saturday, but events late in the day spoiled it for many
Tristan Fewings
1 of 1
By David Carr 4:34PM, MAY 6 2018

Goodwood has vowed to review its security arrangements in the wake of Saturday's brawl that left six people needing medical treatment.

General manager Alex Eade addressed criticism of the track's response to the incident by defending the size of the security team but suggesting it needed to be more visible.

In a letter to the Racing Post, annual member Paul Coleman-Carr, who was at Goodwood with his five-month-old grandchild and saw the incident, said: "There was one security guard observing the fight from a distance, with many people asking the obvious question, 'Where were the security or police?'"

But Eade said: "I was right there where the incident happened and there were many security guards but they wear suits, so they look like customers. That's something we're looking to review.

"Of the six people who received medical attention, two were members of my staff – one was a security guard and one was a member of the catering team – so to suggest that we didn't do anything to stop it is completely false.

"They did contain the incident and dealt with it in under ten minutes. Ten minutes does seem like a long time when you are watching people fight and if you don't know who is security. You could be forgiven for thinking that nothing was being done, but that was absolutely not the case."

He added: "We'll review our security measures with the police, and making our security more visible is probably one outcome I will talk to the team about it. I don't think we need more security; we need to make it more visible to act as a deterrent."

It was a hot day at Goodwood but Eade stressed that bar staff are under firm instructions to monitor alcohol intake. 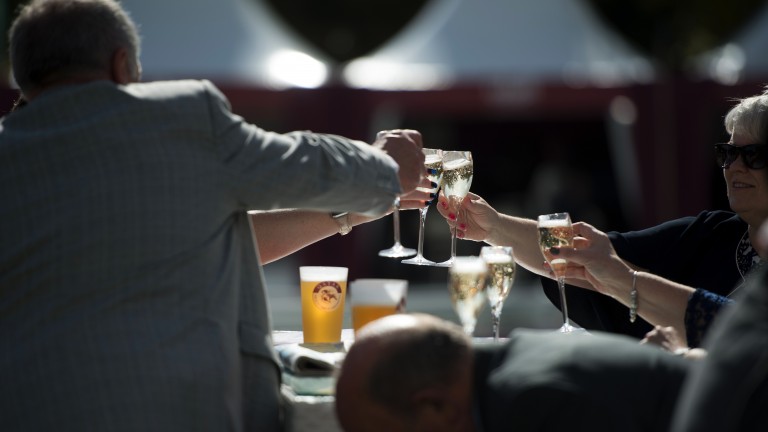 "All our bar staff go through the fairly vigorous Drink Aware programme," he said. "Even the younger members who may be working on their third or fourth raceday have been through a whole day of training on drink awareness.

"There are posters all over the racecourse and it's hammered home to the bar managers not to serve anyone who looks like they've had too much."

Eade, who said there is a police presence on course only for the Glorious meeting and on music nights – at the force's own choice – continued: "I hope it was just a nasty one-off incident. It was absolutely unacceptable behaviour.

"It's really bad for our sport, it's particularly bad for Goodwood. No-one is more shocked than me because this sort of thing doesn't happen at Goodwood."

How one Goodwood racegoer saw it

I went to the first meeting of the year at Goodwood. It was a glorious day weather-wise, unfortunately spoiled by around 25 young men.

After the sixth race at 4.25pm I went into the bar where this began before it spilled out on to the concourse. The atmosphere was awful as there were young men chanting at each other as if they were at a football match. I left the bar because of this, but kept an eye on the proceedings. The chanting continued for some time before violence inevitably flared up.

At no time was any extra security deployed to this area to dampen the obvious venom and to possibly close the bar. Even when the violence spilled out from the bar on to the concourse the lack of security was not only worrying but frightening to all those in that area, including myself, walking my five-month-old grandchild a few feet away. 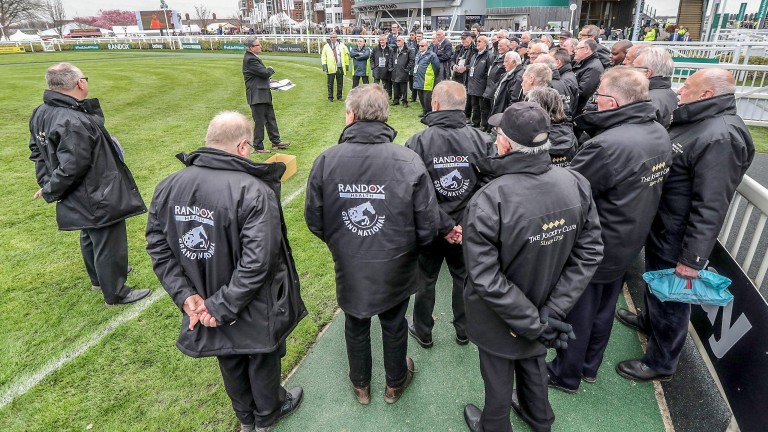 Aintree's security are briefed at the start of the Grand National meeting. Security was obviously strong there, but should it be beefed up at meetings generally?
GROSSICK RACING 07710461723

This brawl happened some 20 minutes after I first became aware of the chanting/atmosphere in the bar. There was one security guard observing the fight from a distance, with many people asking the obvious question, 'where were the security or police?' The actual fighting was disgusting, with at times up to five men kicking a man prostrate on the ground.

Goodwood's statement that "the incident was dealt with by on-event security" is utter rubbish as this fight continued outside the bar for up to ten minutes with very little security present. I would have felt safer in the hands of Dad's Army.

We left shortly after, completely ruining what should have been a glorious day.

FIRST PUBLISHED 4:34PM, MAY 6 2018
There was one security guard observing the fight from a distance, with many people asking the obvious question, 'Where were the security or police?