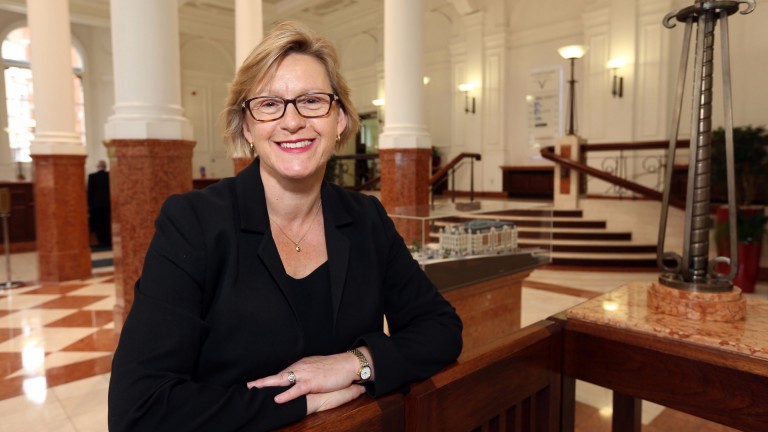 Sarah Harrison: criticised gambling industry on a number of fronts
John Hipkiss
1 of 1
By Bill Barber UPDATED 9:52AM, FEB 7 2018

The outgoing Gambling Commission chief executive has claimed the regulator could boycott events like the International Casino Exhibition (Ice) show – which begins in London on Tuesday – because of what she says are sexist practices.

Speaking at the World Regulatory Briefing, Sarah Harrison referred to last year's Ice exhibition and women wearing "nothing more than swimsuits" being used to promote exhibitors, something she said was a "significant stain on the industry's reputation".

Harrison also criticised the industry on a number of fronts in one of her final major speeches before she leaves the commission to take up a senior role with the Department for Business, Energy and Industrial Strategy at the end of the month.

In her speech, coming in the aftermath of the decision to scrap so-called 'grid girls' and 'walk-on girls' in Formula 1 and darts, Harrison pointed out that bet365 co-chief executive Denise Coates is Britain's highest-paid boss and called for more diversity in the gambling industry.

She said: "This is an industry where we have a number of talented, powerful and successful women. Indeed a woman from the gambling industry is Britain’s highest-paid boss – not highest paid female CEO but highest paid CEO. Yet from walking around the exhibition you wouldn’t know this."

And she claimed: "Instead you saw men representing their companies wearing expensive tailored suits while their female colleagues were expected to wear nothing more than swimsuits. I say bring this to an end now. It is far from reflective of the modern society and economy of which this industry is a part.

"And to go further, any future participation by the Gambling Commission in events like this will depend on there being change."

Last month the European Casino Association and Clarion Gaming, which organises Ice, wrote an open letter to the industry calling on exhibitors "to ensure a respectful gender representation". 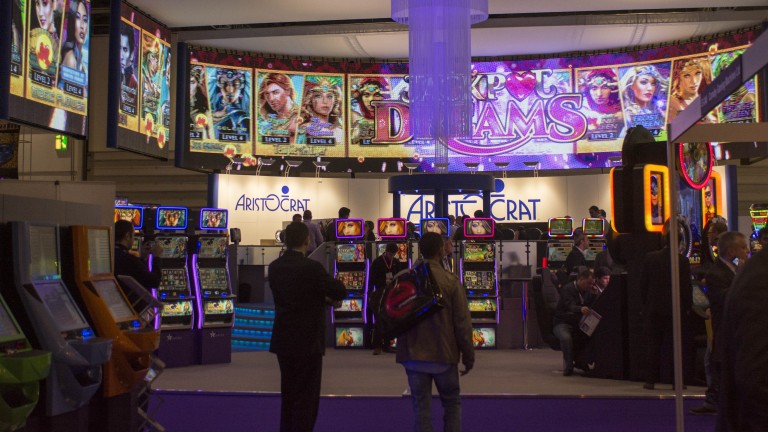 Ice: show begins in London on Tuesday
David Cramphorn
In response to Harrison's comments, Clarion Gaming managing director Kate Chambers said: "Ice works with its stakeholders to produce a professional business environment for exhibitors from throughout the world to meet with buyers who in 2017 travelled to Ice from 151 jurisdictions.

"We are sensitive to the opinions of the Ice community and our initiative with the European Casino Association, which we introduced over a year ago, is a case in point."

In a wide-ranging speech titled 'Is Responsible Gambling Enough', Harrison said she was disappointed that industry funding to GambleAware to support investment in research, education and treatment amounted to just £3.50 for every person thought to be a problem gambler or at risk of becoming one and that it was "lamentable" that Britain compared unfavourably to other countries on that score.

She said much more "significant investment" was needed to meet treatment needs, ensure high quality research and to provide proper education about the risks from gambling, adding that a statutory levy on the industry was a "fair and credible" way of addressing the issue.

Harrison also criticised the tone of the debate between the sectors of the industry in the debate over fixed odds betting terminals.

She said: "The Gambling Commission is sometimes accused of taking a head-teacherly tone.

"While that is not what we intend or want, it is perhaps nevertheless unsurprising when the nature of debate between different parts of the industry is often no better than what you might find in the playground.

"The spectacle of different sectors ripping chunks out of each other does nothing to improve the lot of consumers, or the industry and its reputation."

Harrison also highlighted the action carried out by the Competition and Markets Authority last week over online gambling terms and conditions as clearly demonstrating "the failure by operators to show they put consumer interests at the heart of their businesses".

She added: "You have either taken your eye off the ball or have wilfully ignored what is expected of your businesses. Either way the message is the same – you have failed your customers."

Harrison concluded: "Now is the time to rebuild consumer and public trust, to build a future for this industry with strong foundations based upon fairness and safety."

FIRST PUBLISHED 2:28PM, FEB 5 2018
Any future participation by the Gambling Commission in events like this will depend on there being change