Barters Hill ready for Saturday return after pleasing on gallops 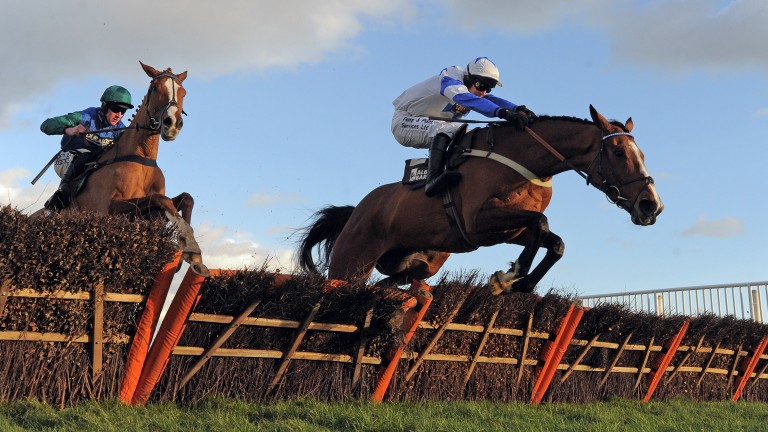 Barters Hill: Ben Pauling's star is set to return to action this weekend at either Haydock or Ascot
1 of 1
By Bruce Jackson 1:11PM, JAN 17 2018

Barters Hill, who went into the 2016 Cheltenham Festival unbeaten, is set to return to action on Saturday over hurdles at Ascot or Haydock.

The eight-year-old slipped a tendon off his hock on his chasing debut at Cheltenham 14 months ago and it was touch and go whether he would race again.

Trainer Ben Pauling said on Monday: "He came back in June and had three weeks on the horsewalk and eight weeks on a water treadmill before coming back into training and we haven't rushed him.

"He's been to Lambourn three times to work around the back of the hill and last Friday he did a very nice bit of work – he looked very much like he was back to decent form.

"I couldn't honestly say whether he retains the same amount of ability, but I can say he's in as good a condition as he could be to start back, as long as the ground isn't bottomless." 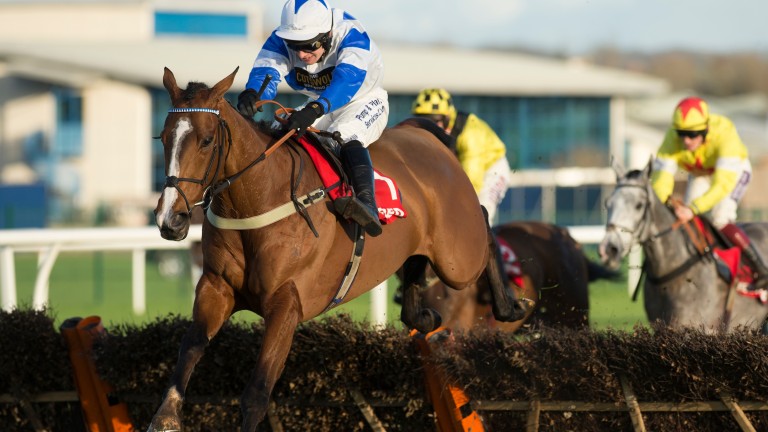 Barters Hill: on his way to winning the Grade 1 Challow Hurdle at Newbury in 2015
Edward Whitaker

Haydock and Ascot are vying for what would be a major attraction and the weather could make Pauling's decision for him with Haydock already heavy and a wet second half of the week forecast.

Haydock went heavy all over after 10mm of rain overnight into Monday and clerk of the course Kirkland Tellwright is keeping a close eye on the weather forecast.

"If the forecast is correct we have a fighting chance, but there's little margin for error," said Tellwright. "Wednesday is forecast to be a very wet day and from then onwards any precipitation is forecast to be sleet or snow with falling temperatures."

Pauling added: "I don't have any preference at the moment. Haydock looks the easier option, although it is a 0-140 and he is rated 142 so would carry a big weight, but he's a big horse so that's no problem."

Barters Hill went into the 2016 Albert Bartlett Novices' Hurdle having won his previous seven starts, four bumpers and three hurdles. including the Grade 1 Challow Hurdle, but was beaten into fourth by Unowhatimeanharry.

FIRST PUBLISHED 5:02PM, JAN 15 2018
I can say he is in as good condition as he could be to start back as long as the ground is not bottomless