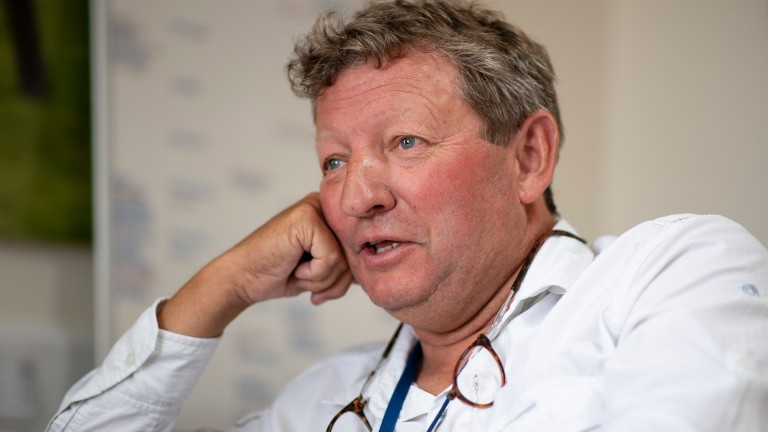 Mark Johnston: feels the whip is crucial to the sport
Edward Whitaker
1 of 1
By Andrew Dietz UPDATED 6:42PM, JUL 17 2019

The most prolific trainer in the history of British racing has claimed that removal of the whip would threaten the very existence of the sport.

Mark Johnston, who last year overtook Richard Hannon snr when training his 4,194th winner, believes the whip is an integral part of racing and any attempts to phase it out could have catastrophic consequences.

The whip debate has raged on in recent days following Charlie Fellowes' suggestion his first Royal Ascot winner, Thanks Be, should have been thrown out due to jockey Hayley Turner's overuse of the whip, with other trainers Sir Mark Prescott and Donald McCain backing a stance that use above the permitted level should result in disqualification.

There have been subsequent calls in some quarters to go even further and ban the whip altogether, with those of the opinion drastic action is required to improve the public's perception of racing in welfare terms.

"I think there are physiological and chemical reasons why we need the whip. I've likened it to lots of things, including the blackbird in the hedge. You clap your hands and it flies squawking away, it slows down, clap your hands it goes again. When it goes again it gets that endorphin and adrenaline injection, and this is nature's way of protecting a horse in a finish.

On the disqualification of a horse due to a jockey's overuse of the whip, Johnston believes the introduction of a limit has had an adverse effect.

He said: "My problem is the rule is wrong and the number of strokes is ludicrous. It was a big mistake pandering to the anti-whip people and thinking if we put on a number on it and start banning jockeys, we'll satisfy what people want. It was inevitable it was the beginning of the slippery slope to where we are now.

"It might be arrogant to say people now don't understand but you go back 70 years and most people in government rode a horse. They are totally detached from animals altogether and more interested in votes than anything else. And clearly votes from people who are also totally detached from animals are far more numerous than those who actually understand it.

"We bring in all these rules to be visually more attractive to people who know zero about it and are not interested in thinking about it."

Charlie Fellowes: why my Royal Ascot winner should have been disqualified

Hayley Turner: I wouldn't have broken whip rules if punishments were tougher