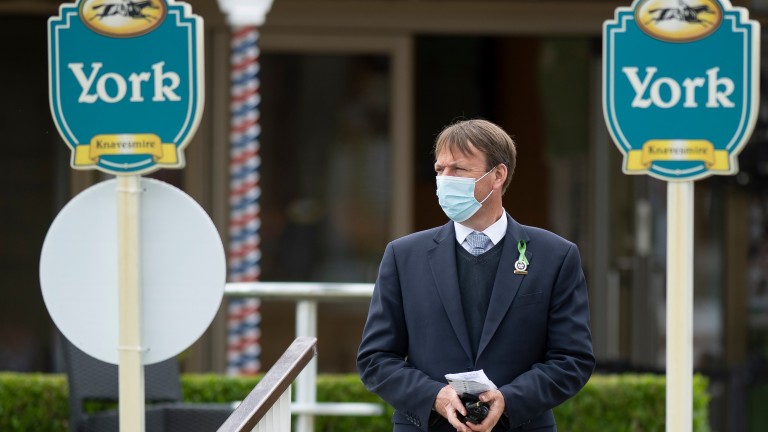 William Derby: "We've demonstrated over the last 12 months that we can operate under protocols"
Edward Whitaker
1 of 1
By David Carr UPDATED 12:52PM, JUN 14 2021

York chief executive William Derby hopes the UK government will loosen the limits on crowds at race meetings, even if it postpones the end of all pandemic measures in England.

There has been widespread speculation the planned lifting of all restrictions a week on Monday will be put on hold due to an increase in Covid-19 cases.

That would hit York, whose attendance at the John Smith's Cup meeting on July 9-10 would be capped at the current limit of 4,000.

Derby hopes that could be eased though and said: "Racing, golf and motor racing have made a very strong and coherent argument to the government that we're open air sports, that the 4,000 limit on a big venue like this, or a big golf course, is a very blunt instrument.

"We've demonstrated over the last 12 months that we can operate under protocols so one would hope that high up in government they would recognise that a percentage of the 45,000 that a course like York can cope with on a normal day would seem sensible, rather than just 4,000.

"The BHA on behalf of racing have made that case very robustly to the Cabinet Office and Number Ten and we're waiting to hear back on that."

The MBE awarded to BHA chief medical officer Dr Jerry Hill in the Queen's Birthday Honours List for "services to British horseracing during the Covid-19 pandemic" could be taken as official endorsement of the way racing has complied with protocols since resuming after shutdown.

"Dr Jerry Hill, the whole team and the whole industry have really risen to the challenge because it's our second nature," Derby said. "We're used to applying biosecurity and we've applied it to the letter of the law over the last year.

"I think the way that racing has done that is recognised by government and I hope that will stand us in good stead.

"I do think that racing has a very strong case to say that we're a largely outdoor sport and when we've got racecourses with big capacities, big enclosures, to be able to accommodate more people." 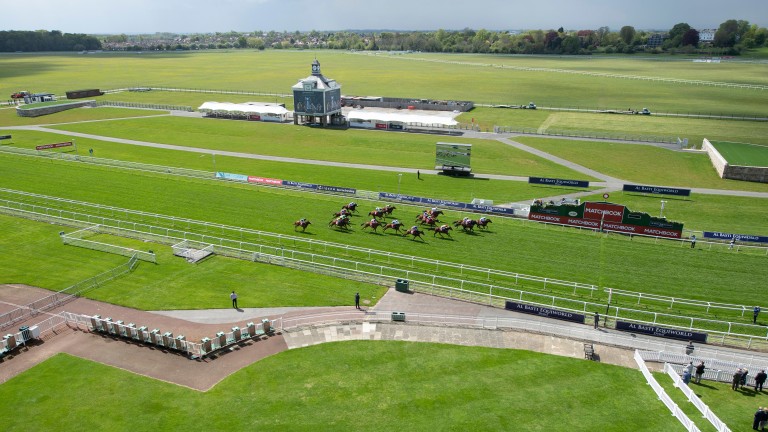 On Saturday UK Prime Minister Boris Johnson said the government must "be cautious" as it decides whether to end all Covid restrictions in England on 21 June.

Johnson, who will announce his decision on Monday, told the BBC: "What I can certainly say is we are looking at the data, continuing to do that, but what you can certainly take is . . . the roadmap was always cautious but irreversible and in order to have an irreversible roadmap, we've got to be cautious.

Rick Astley and McFly are due to play at York's Music Showcase weekend on July 23 and 24 after the possible four-week delay, and Derby said: "Those are two of our biggest racedays of the year and they're towards the end of July when everyone should be vaccinated so we hope they should proceed as normal."

Derby also hopes the Welcome To Yorkshire Ebor festival in August may actually benefit from the severe restrictions placed on attendance at other big meetings since racing resumed. 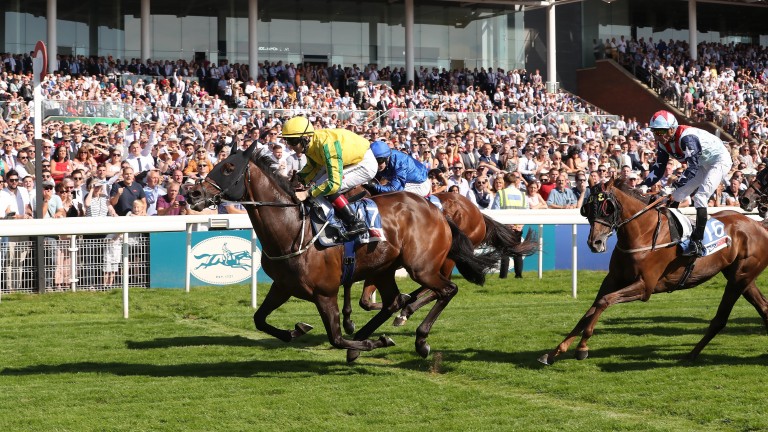 York hopes the Ebor meeting will be a "big celebration"
John Grossick (racingpost.com/photos)

"We're hoping that people who haven't been to Cheltenham, Aintree and all the other festivals might decide this is the year they come to York and stay in the county," he said.

"That should be the first big meeting after everyone is vaccinated  followed by the immune response fortnight, and we hope it will be a big celebration."

'Any criticism is unfounded' – Down Royal boss defends Covid-19 protocols

Confirmed runners and riders for Friday's King George Qatar Stakes Racing League founders insist 'diverse' participants weren't cherry-picked 2021 Sussex Stakes at Goodwood: the runners, the odds, the verdict 'Horses make a fool of you' - Angel Bleu makes quick reappearance a winning one Pyledriver '100 per cent sound' and on course for Juddmonte at York Decision made: superstar mare Honeysuckle set to stay over hurdles this season