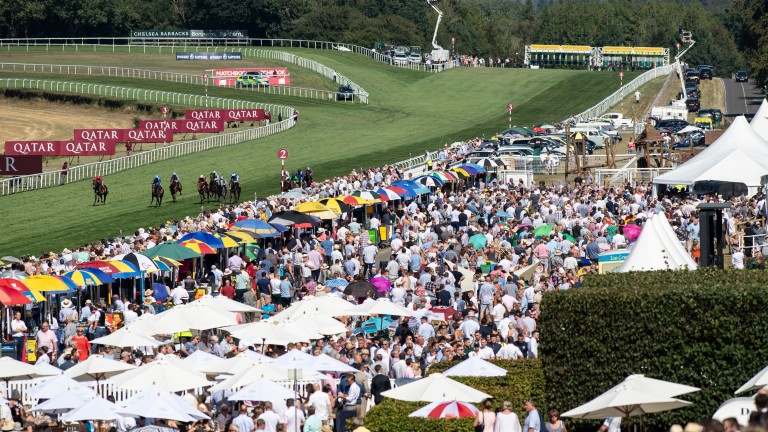 Three days at Glorious Goodwood are among those added to the World Pool roster
Edward Whitaker
1 of 1
By Bill Barber UPDATED 1:47PM, MAY 12 2021

The number of British racedays which will participate in the World Pool this year has been increased to 17, giving the sport the chance to showcase itself internationally according to Tote chairman John Williamson and trainer William Haggas.

Under the World Pool, punters from around the world bet into a single pool, increasing liquidity and stabilising odds with the intention of providing better value for customers.

Qipco British Champions Day was subsequently added to the list of World Pool racedays and earlier this year it was announced that 2,000 Guineas day and Cazoo Derby day would join the roster.

However, following work between the UK Tote Group, racecourses, their media rights partners and the Hong Kong Jockey Club, that number has increased again, with Coral-Eclipse day at Sandown, the first three days of Glorious Goodwood and the Ebor meeting, and Ascot's Dubai Duty Free Shergar Cup and King George days being added to the list.

The increased number of simulcast meetings – and by extension World Pool meetings – was approved by the Hong Kong government in February. 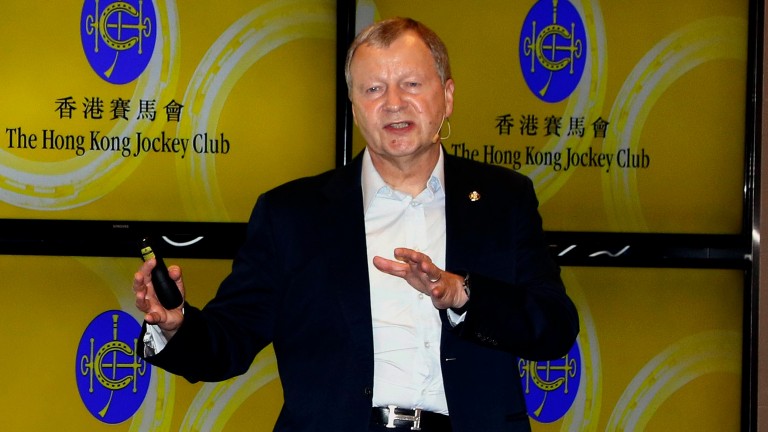 Hong Kong Jockey Club chief executive Winfried Engelbrecht-Bresges said: "This underscores another important achievement made by the Hong Kong Jockey Club and the Tote, as well as their partners across British racing in ensuring racing fans around the world can bet on some of the best days in the Flat racing calendar via World Pool."

He added: "We look forward to continuing to work with all in British racing to refine, develop and promote World Pool in the months and years ahead."

Williamson thanked the Hong Kong Jockey Club for its leadership and "pioneering approach" to innovation in pool betting.

He added: "This provides us with a significant opportunity to showcase British and Irish racing to an international audience." 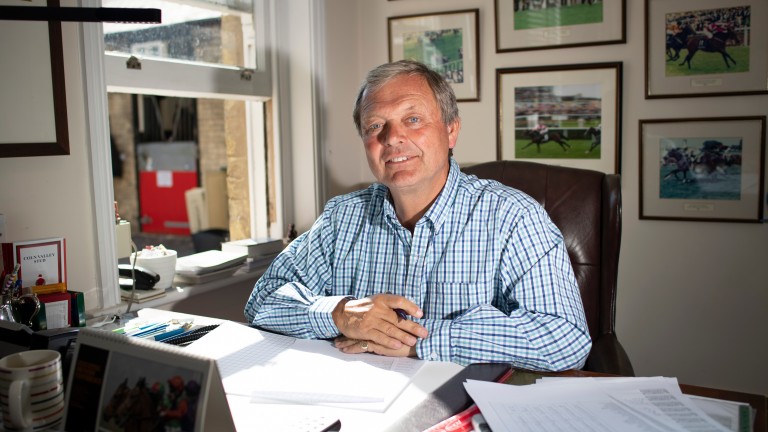 William Haggas: "We must work together"
Edward Whitaker (racingpost.com/photos)

Among those to welcome the move was trainer William Haggas, whose international exploits have included a number of high-profile successes in Australia with Addeybb.

He said: "I know from having runners all over the world how well respected and admired British racing is but we must work together to increase revenue streams to support prize-money levels and ensure the long-term sustainability of the sport.

"Crucially, World Pool provides the sport with the best opportunity to increase betting revenue and showcase our racing to a global fan base."

FIRST PUBLISHED 12:30PM, MAY 12 2021
We must work together to increase revenue streams to support prize-money levels and ensure the long-term sustainability of the sport

How safe is your money if a bookmaker goes bust? Are we looking at a Group 1 horse in a handicap? International Stakes insight Armory tees up Arlington Million tilt by taking on Mohaafeth in Group 2 Longchamp third Alenquer to be given St Leger entry as Haggas ponders options The British are coming: Hurricane Lane v Alenquer a Paris match to savour York clash with Mohaafeth one of two options for Mishriff's next assignment