Which Sir Michael Stoute-trained newcomer was a 'huge eyecatcher' at Kempton? 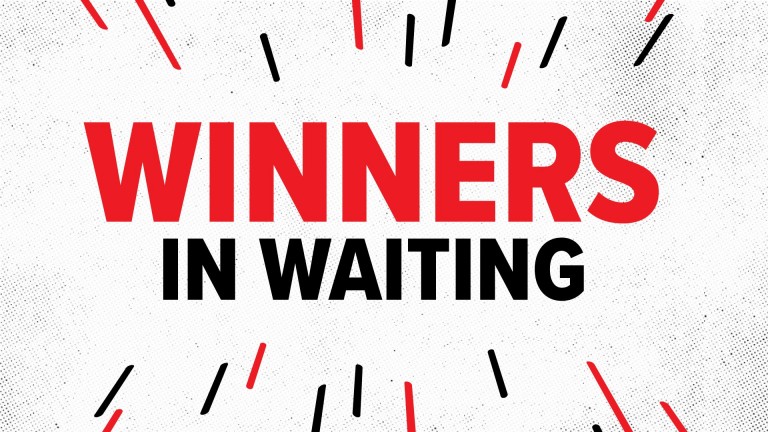 Sir Michael Stoute's first juvenile runner of the season and a Dermot Weld two-year-old who is a likely type for Galway are among a host of interesting horses in this week's column.

With our expert race-readers watching – and writing a descriptive in-running comment for – every horse who runs in Britain and Ireland, there are three different categories used to denote those who are most appealing with the future in mind.

Members' Club Ultimate subscribers can add the names of the horses mentioned to their Racing Post Horse Tracker and will then receive email alerts when they are entered or declared again.

On their next start, the horses will be flagged in Signposts, which can be found in the Racing Post newspaper or online as part of Members' Club on raceday.

Non-members can sign up here to get the tracker, race replays and in-depth race analysis, as well as exclusive content from our team of tipsters and writers.

Did well in the circumstances

Was all but down and out when stumbling badly at the start, so he did remarkably well to finish as close as he did.

Came into this off a good run at Nottingham and was unfortunate not to play a bigger part in the finish, his route being blocked when he wanted to make ground. By the time he got in the clear, it was too late.

Didn't build on his debut run in form terms, but he shaped better than the bare result having missed the break and found trouble in running, so he'll be worth another chance.

Progressed quickly last year but this was her first run since winning another Group 2, the Park Hill Stakes at the St Leger meeting. Going for a run up the rail at the two pole when the gap started to close, she was badly buffeted and struggled to stay on her feet. She dropped back to third too but picked up strongly to salvage the situation. She's a high-class filly and will be well worth her place in the Yorkshire Oaks field.

Was an unplaced favourite on his only juvenile start for Charlie Appleby, but he'd since been gelded and was making his debut for new connections. Down in trip, he wasn't given a hard time in finishing well to take fourth and will be of obvious interest once stepping back up in trip and moving into handicaps.

A 450,000gns yearling by Frankel out of a 5f two-year-old Listed scorer (RPR 97), went into the notebook as a highly likely maiden winner next time. Ryan Moore gave him a nice education as he came home well to only be beaten 0.75l, and he should be all the better for this initial experience. He holds entries for the National Stakes and Derby.

Out the back early, ran into traffic problems as she tried to negotiate a passage. Running on at the finish having not had a hard race, she can do better, probably in nurseries.

The sole filly in the line-up, she showed promise on this debut. She raced towards the inner, raced a bit green in the straight and it was probably asking a bit much for her to go up a narrow gap next to the rail. All in all, it was a satisfactory effort and it would seem a logical step now for this Dermot Weld runner to go for the fillies' maiden at Galway.

Sir Michael Stoute's first two-year-old runner of the season was a huge eyecatcher. She stayed on well despite running green and was closing in on the front pair near the line. Her rider was by no means hard on her and this half-sister to four winners is promising.

The first foal of an unraced sister to 1m4f-1m6f (including Group 2) winner Dartmouth, created a favourable impression against mainly more experienced rivals on debut. This Derby entry should improve for the step up to 1m this season and will likely be well suited by 1m4f next year. He appeals strongly as the type to hold his own in better company.

Ranked: where's the most expensive pint at British and Irish racecourses?

FIRST PUBLISHED 9:30AM, JUL 5 2022
Her rider was by no means hard on her and this half-sister to four winners looks promising

Jim Goldie on the reason he could 'have been out of the game a while ago' Narrow escape at Plumpton after overnight fire near Sussex track Who wins the 2022 Juddmonte International at York based on previous trends? What's on this week: Baaeed and Stradivarius among the Ebor festival stars Trueshan clash with old rival Stradivarius hinges on York getting forecast rain 'She could take a bit of pegging back' - Justin O'Hanlon with two Monday bets
Bookmaker
Price
E.W. Terms
bet365
Open Account
Ladbrokes
Open Account
William Hill
Open Account
Coral
Open Account
Paddy Power
Open Account
Betfair
Open Account
Sky Bet
Open Account
Sporting
BetVictor
Boylesport