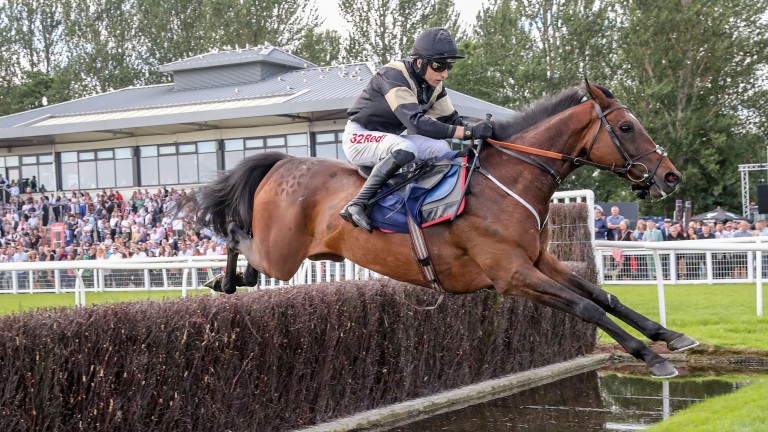 Perth chief executive Hazel Peplinski has said the track is "surviving in stages" as it prepares to host its first meeting of the season.

The racecourse has been heavily impacted by the coronavirus pandemic, losing major meetings such as its Gold Cup day – the race has been rescheduled for August 30 – and has accrued an extra £1 million worth of debt in a year it was hoped the track would "get into the black".

Major investments have been made at Perth, such as a new stand, and 80 per cent of its funding is through advanced ticket sales. It had budgeted for the same 55,000 racegoers who normally attend.

"It's nearly impossible to do projections for 2021 but they don't look clever," said Peplinski on Monday. "We're surviving in stages. We'll get through this year but it's ongoing. Our window of trading was taken away.

"Everybody keeps telling me it's bad luck but that doesn't convince the banks that we're viable going forward. We borrow against our fixtures and we're still waiting to see if we have them in September.

"We have milestones to reach with the bank. We're good at repaying loans because we've been doing that on our investments. 2020 was to be the year we were finally going to get into the black but now we've got another million pounds of debt and nothing to show for it."

Tuesday's meeting is the first jumps fixture to be staged in Scotland since racing’s resumption and Peplinski said it was a risky decision to agree to race behind closed doors without paying customers.

"It was a big risk for us because the only source of income is through the number of runners and betting turnover," she said. "We needed to be supported as I didn't know if the meeting would cover the costs of staging racing. I breathed easier when I saw the entries.

"I cannot thank the horsemen enough for supporting us. Having horses arriving in to the stables on Monday for the first time in ten months will be a very pleasant reminder of why we do this job."

Perth overtakes Market Rasen as the northernmost track to stage jumps racing since its return on July 1, with 88 declarations made for the nine-race card.

The track, which ordinarily stages 15 fixtures between April and September, has been allocated six meetings, three before the end of August.

However, Perth was on standby to race from June and has worked hard on maintaining the track with a view to potentially racing into October.

"It's nobody's fault this happened when it did but there are some tracks who are feeling a greater pain than others. None of the policy decisions seem to have worked in Perth's favour," said Peplinski.

"Even tomorrow we won't have pictures in Scottish betting shops, that’s not until the day after our fixture. I'm also numb to it. It's like somebody doesn't want it to work. That will impair turnover and media rights."

The return of racing at Perth has come as a major boost to several northern trainers, including Cumbria-based trainer Martin Todhunter.

"We've had Flat racing in the north but we've had no jumps fixtures,” said Todhunter, who was sorry Hexham had not been granted extra meetings. "I've been at Southwell, Stratford and Bangor because there's been nothing on."

"I just hope they get extra replacement fixtures for Perth and Hexham in September and October," she said. "We should concentrate on the future. Their income has been decimated.

"Historically the fixture list has always had meetings in September then it takes a long time for the racing to get going again in October so there's lots of opportunity for them to do it."

The delay to racing has impacted everybody at Perth, including the clerk of the course Matthew Taylor, who will be taking sole charge of a meeting for the first time after qualifying in early February.

"I was shadowing Harriet Graham last season," said Taylor. "We were meant to be kicking off in April but it's just one of those things.

"It's an odd time to be taking over but it is for everybody. It will be strange not having the anticipation of a decent crowd and lots of owners coming through but we're lucky to be back racing.

"Even though our prize-money levels are nowhere near where we'd like we're really grateful for the support. We're the first northern meeting back so we just hope everybody has a good day."

Sidelined Richard Johnson hopes to be back on track on Tuesday

FIRST PUBLISHED 5:00PM, JUL 20 2020
Everybody keeps telling me it's bad luck but that doesn't convince the banks that we're viable going forward