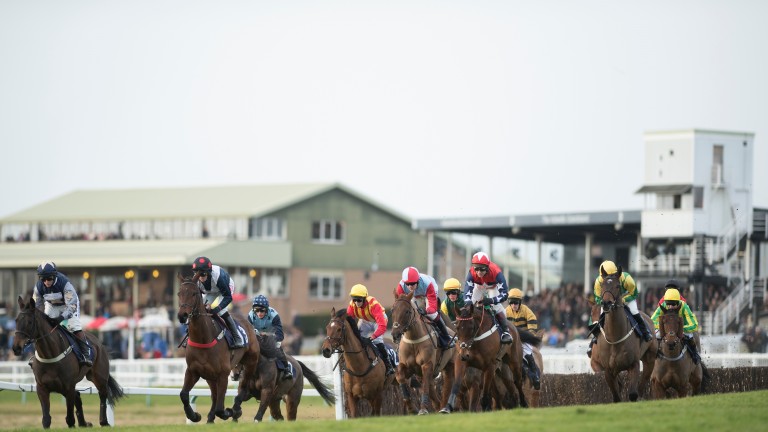 Hereford: the county joined Tier 1 this week and the track's next fixture is on January 2
Edward Whitaker (racingpost.com/photos)
1 of 1
By Jack Haynes UPDATED 6:26PM, DEC 19 2020

Hereford became Britain’s sole racecourse in Tier 1 this week and track officials are ready to cater for the demand of up to 4,000 racegoers at its next fixture on January 2.

The Arena Racing Company-operated venue hosted around 1,000 spectators, a mix of annual members and public, for the first time since racing's resumption at two meetings last week, with Herefordshire dropping into tier 1 on Thursday.

Hospitality for the new-year fixture sold out overnight and general admission tickets – booked in advance online – are priced at £17.

Wow - hospitality sold out within 12 hours for our @HemingGroup New Year Racing on Saturday 2nd January, our first raceday as a Tier 1 Racecourse! Tickets are selling fast so be sure to books yours early at https://t.co/04KddaMBD4 #CovidRulesApply #comeracing #HerefordRaces pic.twitter.com/9zet5FBiiT

Rebecca Davies, executive director at Hereford and Worcester, said: “It was really good to have a crowd of around 1,000 spectators at our two meetings last week and all credit has to go to the racegoers who came as they complied with the regulations.

“It’s a very different experience in terms of wearing a mask and not being able to have a drink unless seated but they came, had a good time and it was really good natured. I think people are just happy to be outside and enjoying racing – it might not be the normal experience, but at least it is an experience.

“It was great to have an atmosphere and feel the buzz of staging a raceday. We’re all about putting on entertainment and it just reminded me what a long haul it has been over the summer with no crowds. Just to hear winners being clapped back in and horses being cheered over the last fence was wonderful.

“Our demand for tickets has been good and hospitality for our meeting on January 2 sold out overnight within 12 hours. We’re ready to meet the demand of tickets and we look forward to welcoming as many racegoers who want to come as we can. We’d be hoping for a busy, buzzing crowd and the site is well set up to cater for 4,000 spectators should the demand be there.” 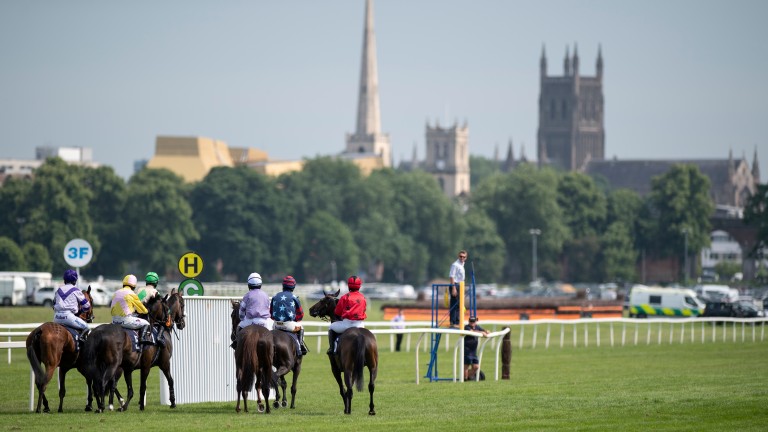 It has been a frustrating year for the team at Worcester, where racing has not taken place since October 2019, but there is light at the end of the tunnel with the West Midlands track set for its first fixture back on the evening of April 23.

Davies said: “It’s all systems go for late April at Worcester and our attention will be focused on doing some remedial work to the track after the new year to get us ready. It’s going to be the first time we’ve staged racing in 18 months so we’re looking forward to that day enormously.

“The track was under water for four weeks in February and then we went straight from flooding to coronavirus, so it’s been a torrid year there for the team with no racing. It’s been quite hard on morale for everyone involved, but we can’t wait to get back racing next year.”

Christmas blow as Kempton among tracks moved into Tier 3

FIRST PUBLISHED 4:00PM, DEC 19 2020
We’d be hoping for a busy, buzzing crowd and the site is well set up to cater for 4,000 spectators should the demand be there