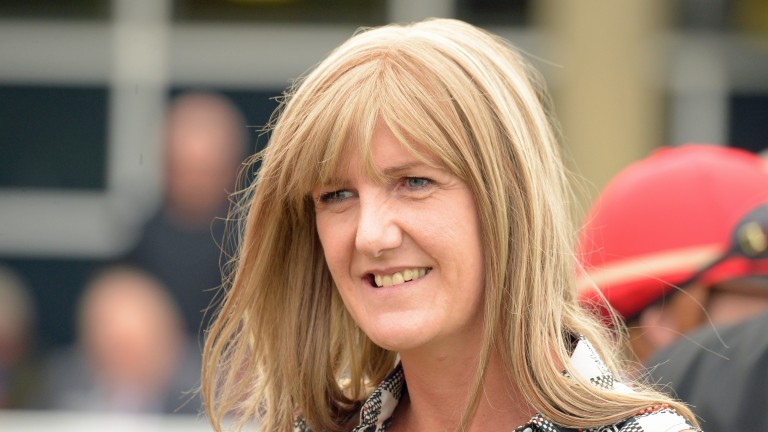 Rebecca Bastiman: fined £5,000 after coming "within a whisker" of being found guilty of administering cobalt injection
1 of 1
By Graham Dench UPDATED 7:35PM, AUG 14 2018

Trainer Rebecca Bastiman escaped with a £5,000 fine after a disciplinary hearing found there was no direct evidence that she conspired with her father and assistant Robin, who was banned for three years, to administer an illegal raceday injection containing the prohibited substance cobalt.

However, she was told she "came within a whisker" of being found guilty of administering the injection, the one charge she contested before the independent disciplinary panel into the positive finding in a retrospective test of a sample taken from John Caesar at Wolverhampton on April 8, 2016.

The panel could not be sure she allowed her father, himself a former trainer, to administer an illegal raceday injection of Hemo 15, a type of Vitamin B12 supplement that contains cobalt, and found there was no direct evidence that she colluded with her father.

However, the panel said Bastiman's failure to exercise proper controls over the stable's medical cabinet was "lamentable" and, while agreeing there was some mitigation – not least in the "overbearing presence of her father around the yard" – they fined her a total of £5,000 on the three charges she accepted responsibility for, including strict liability and not maintaining her medical records properly.

While Bastiman is free to continue training the horses – John Caesar is declared to run at Beverley on Thursday – the fine will not be insignificant. Her barrister, Roderick Moore, told the panel she earns "a pitiful amount" from the business, so little that she falls below the threshold for income tax.

Although the premises are in her name, Moore said the trainer takes only £80 a week in wages and had liquid assets of no more than £7,000.

Robin Bastiman: banned for three years but appeared unrepentant
martin lynch
Furthermore, it emerged, she had had a benign brain tumour removed in 2010 after suffering seizures, since when she has had two batches of chemotherapy. She is, it was said, "lucky to be alive, as she was not expected to survive".

Although she now considers herself fighting fit and rides out regularly, she continues to receive treatment and admitted depression has been an issue.

In an emotional plea in the face of possible disqualification, Bastiman told the panel: "Horses are my life, and if my licence is taken away from me I've nothing to look forward to. I don't know how I would get by without horses. It would be like a prison sentence."

"I'm particularly pleased that the panel accepted I did not want my horses injected, I did not inject them and there was no evidence that I sanctioned my father's actions. I want to put this unpleasant chapter behind me and build upon the progress the yard has made in the last three years or so." 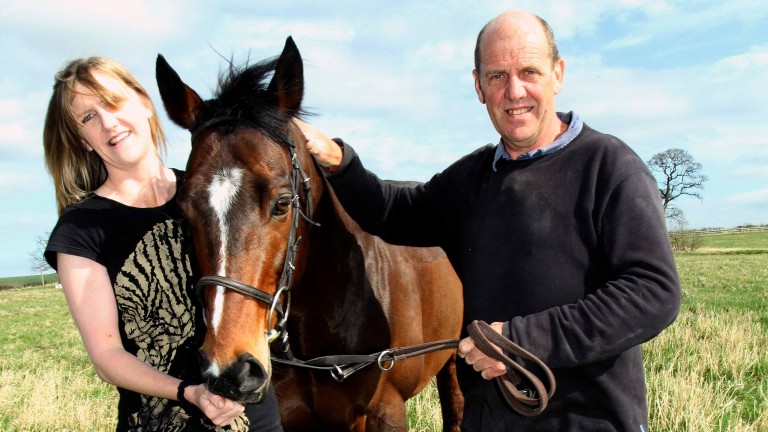 Rebecca and Robin Bastiman with dual Nunthorpe hero Borderlescott
Louise Pollard
Robin Bastiman, who trained Borderlescott to win two Nunthorpes and held the training licence at the family's Wetherby yard until February 1, 2015, admitted lying to the panel on the first day of the hearing on Friday over whether he had given raceday injections to horses.

The panel found him to be "an untruthful witness". He was told the case against him was "overwhelming" and that his disqualification, for a period of three years, was "inevitable".

Bastiman, who was not legally represented and came across throughout as naive and disorganised, rather than corrupt and scheming, seemed unrepentant.

He insisted he had "no motive" for injecting John Caesar on race day and, when asked about his lying, replied: "I didn't lie – I got flustered. It was a genuine mistake if I gave it on a race day, but it's so long ago I can't remember."

As Bastiman lives adjacent to the yard he does not know what he will do now he is denied access through disqualification. He said he "might write a book".

Cobalt was found to be present in John Caesar's system at a level more than three times that of the threshold level that had been introduced by the BHA just six days prior to the race. The move followed growing concerns around the racing world that cobalt was being used to enhance performance by reducing fatigue through the promotion of increased red blood cells.

Rebecca Bastiman, who took over the licence formerly held by her father on February 1, 2015 and trains around 30 horses, admitted all charges against her except that brought under Rule (G) 2.5, regarding the administration of the substance on race day. She accepted responsibility under the BHA's strict liability rules, but had insisted she was unaware that John Caesar had been injected.

The BHA cast doubt upon whether a claimed agreement for Robin Bastiman to cease injecting horses some three or four months before John Caesar's win actually took place at all. It was, said BHA prosecutor Tim Naylor, "part of an attempt to distance herself from what she knew her father was doing". 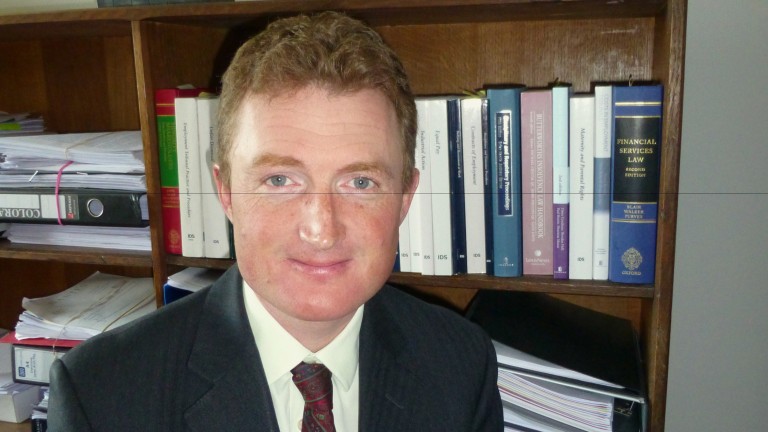 Roderick Moore: "The BHA has to prove its case. Rebecca doesn't have to prove anything"
In his final submission Moore said: "I say that Rebecca Bastiman did not know, did not sanction and did not allow her father to do what he did – ie, go behind her back and inject a horse with Hemo 15.

"The burden of proof falls upon the BHA to prove she allowed the injections. The BHA has to prove its case. Rebecca doesn't have to prove anything."

He added that the BHA case against Rebecca Bastiman was "built almost entirely on inference and conjecture" and there was "too much space between the dots".

Chairman David Fish described it as "a finely balanced case", but he and the panel ultimately agreed.

The BHA's chief regulatory officer, Brant Dunshea, said after the sentences were announced: "This case illustrates how the use of storing and retrospectively testing samples is an effective method for detecting and deterring the use of prohibited substances in British horseracing, as has been seen in other sports.

"It sends a clear message for anyone who feels they can evade detection by using substances or methods which they believe are currently not detectable or tested for.

"We are storing significant numbers of samples every year and we are committed to returning to those samples as new testing methods and techniques are developed."

FIRST PUBLISHED 5:20PM, AUG 14 2018
It sends a clear message for anyone who feels they can evade detection by using substances which they believe are currently not detectable