Latest BACK TO A MILE 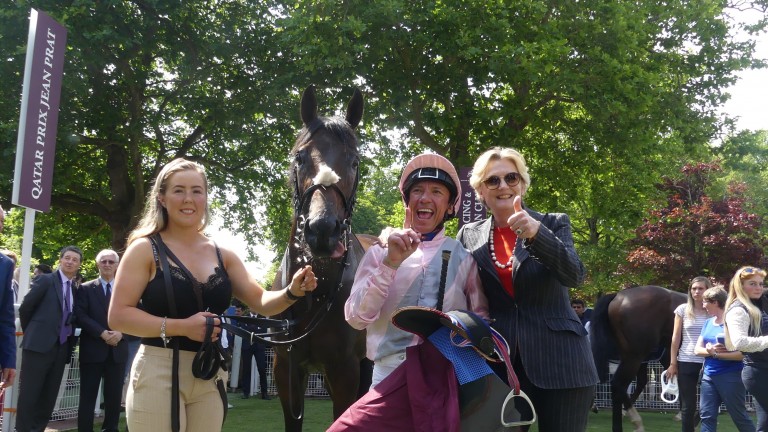 Too Darn Hot will step back up in trip to a mile at Glorious Goodwood for the Qatar Sussex Stakes, with bookmakers slashing the three-year-old into favouritism for the race.

Having started the day a 9-2 chance for the Sussex, Too Darn Hot's odds were cut to a general 6-4 for the £1 million Group 1 contest on July 31.

Last season's unbeaten champion two-year-old has not found life as straightforward during his Classic campaign, but returned to form with victory in the Prix Jean Prat at Deauville earlier this month.

That victory followed reverses in the Dante Stakes, Irish 2,000 Guineas and St James's Palace, with the colt seemingly possessing more speed than stamina.

Following his Jean Prat victory, connections entered Too Darn Hot in the Haydock Sprint Cup over 6f later in the season, but a return to a mile awaits the son of Dubawi.

Trainer John Gosden said on Tuesday: "Too Darn Hot has come out of his win at Deauville in good shape and the plan is to take him to Goodwood for the Sussex Stakes where the easy mile should suit him. King Of Comedy is also entered but he has other options."

Betfair are among the firms offering 6-4, and spokesman Barry Orr said: "After his victory in the Prix Jean Prat over 7f and his subsequent entry in the Sprint Cup it looked like connections felt the mile was just stretching him but a major move for the colt this morning would suggest he’s going back up to a mile in the Sussex Stakes."

As well as stablemate King Of Comedy he could also take on Irish 2,000 Guineas winner Phoenix Of Spain once again at Goodwood.

FIRST PUBLISHED 1:41PM, JUL 16 2019
The plan is to take him to Goodwood for the Sussex Stakes where the easy mile should suit