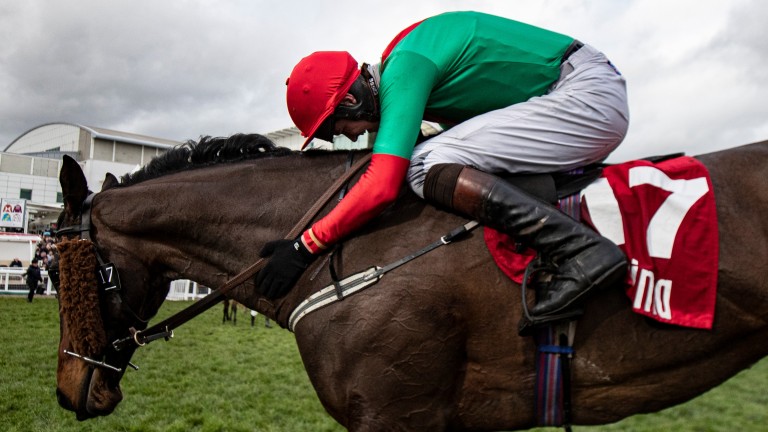 The Conditional: has a choice of options at next month's Cheltenham Festival
Patrick McCann (racingpost.com/photos)
1 of 1
By Sam Hendry UPDATED 3:06PM, FEB 13 2021

David Bridgwater is eager to find out if his stable star The Conditional, winner of last year’s Ultima Handicap Chase, is good enough to contest the WellChild Cheltenham Gold Cup, with the nine-year-old on course for the rearranged Denman Chase at Newbury next Sunday.

The Conditional provided Bridgwater with a memorable first Cheltenham Festival winner as a trainer last year when pipping Kildisart on the opening day, and is a general 66-1 to follow up in this year’s Gold Cup.

The Grand National could be The Conditional's ultimate aim, but before reaching Aintree Bridgwater is planning to take in the Grade 2 Denman Chase and make another stop at Cheltenham, where the Peter Cave-owned chaser will also have the option of emulating Un Temps Pour Tout by recording back-to-back victories in the Ultima.

Chasing heavyweights Champ, Clan Des Obeaux and Lostintranslation are among possible opponents at Newbury and Bridgwater said: "We plan to run him on Sunday and if he overperforms we’d consider the Gold Cup. Worst case scenario we’ll end up in the Ultima again, which he won last year. 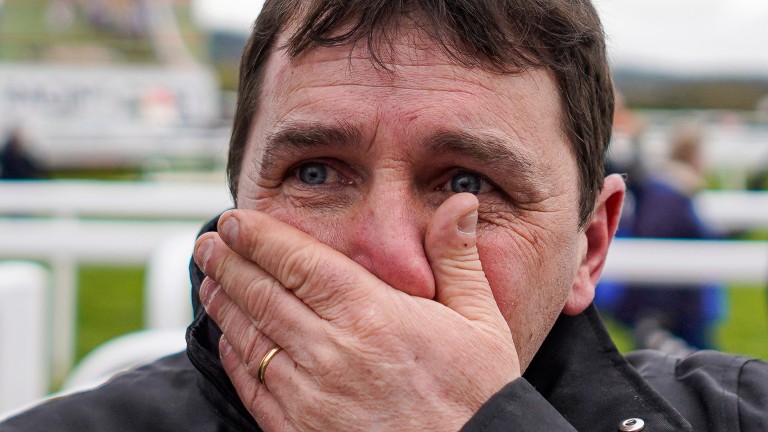 "There are some good horses in there but I think in a better race he’ll travel strongly, so it’ll be interesting. If you don’t run them in these types of race you don’t find out."

The Conditional’s two starts this season have seen him finish third in the Ladbrokes Trophy – having been runner-up 12 months earlier – and second in the Listed Silver Cup at Ascot.

Bridgwater considered the Cotswold Chase for The Conditional, who has finished outside of the top three only once in seven starts for the trainer, but plans changed when the Cheltenham meeting was called off and the race switched to the right-handed Sandown.

"He’s good and has been all year," said Bridgwater. "His run at Newbury was fantastic because I’d missed about ten days' work with him so he wasn’t 100 per cent. At Ascot, if it had been left-handed he would have hacked up, but he didn’t like the fences going down right-handed.

"That’s why I didn’t run him at Sandown in the Cotswold, because I wanted him back at Cheltenham. He does seem to be better round there than anywhere else."

Bridgwater is hopeful that the week delay to the race will give regular jockey Brendan Powell enough time to return from injury and take the ride.

Powell, who has been sidelined with a fractured arm, has partnered The Conditional in each of his last five races and Bridgwater said: "I'm hoping Brendan will be back. He gets on with him very well. He was an underrated jockey when he started riding for us, but I think people are beginning to cotton on to what a good lad he is."

FIRST PUBLISHED 11:30AM, FEB 13 2021
I think in a better race he’ll travel strongly so it’ll be interesting