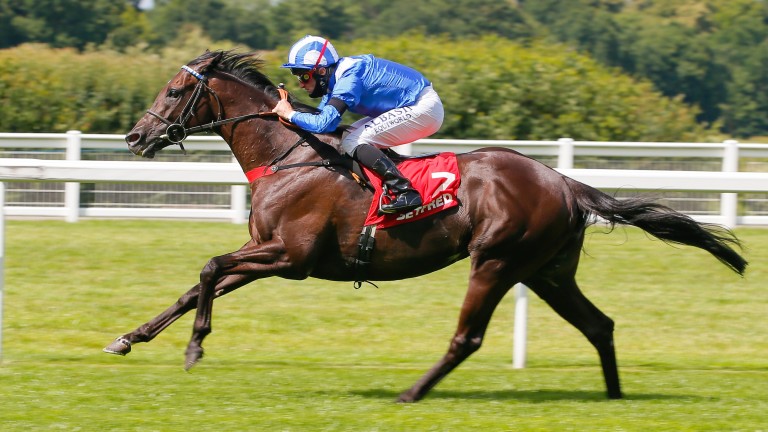 Mohaather's stunning Sussex Stakes success at Glorious Goodwood was the standout moment of a red-hot summer for top owner Hamdan Al Maktoum, according to his racing manager Angus Gold who paid tribute to the four-year-old following his retirement through injury on Tuesday.

Trained by Marcus Tregoning, Mohaather won five of his eight races and earned connections £287,756 in prize-money, with last month's Sussex triumph the peak of his racing career.

"For me the Sussex was the highlight," said Gold. "I loved him from when I saw him at Charlie and Tracy Vigors' farm as a yearling.

"To come out and win a big Group 1 mile race against quality opposition was a massive highlight."

The son of Showcasing, who suffered significant bone bruising to his near-hind fetlock, had been due to meet St James's Palace Stakes and Jacques le Marois winner Palace Pier in the Qipco-sponsored Queen Elizabeth II Stakes on British Champions Day at Ascot in October, but is now set for a place at stud.

"It's really sad that his career has been cut short, but it could have been two weeks before Goodwood and we'd never have seen what he could do," Gold added.

Watch a replay of the Sussex Stakes

"It was great to see him rewarded with a Group 1, and to win it in that fashion and show how good he was. The dramatic manner he won it in made it more special and showcased his turn of foot."

Mohaather won three consecutive races after finishing second on debut, including the Horris Hill and Greenham at Newbury, but missed last year's 2,000 Guineas after a setback.

He appeared an unlucky seventh in the Queen Anne at Royal Ascot this season before impressing in the Summer Mile back at the track and then landed the Sussex Stakes, which had been billed as the race of the season with Circus Maximus and Classic heroes Kameko and Siskin in opposition.

Waiting for room three furlongs out, he was switched wide by Jim Crowley and found a brilliant change of gear to strike.

That was among four top-level triumphs in Britain in 2020 for the owner, who enjoyed six winners at the royal meeting and had a four-timer at York on the Friday of the Ebor fixture. 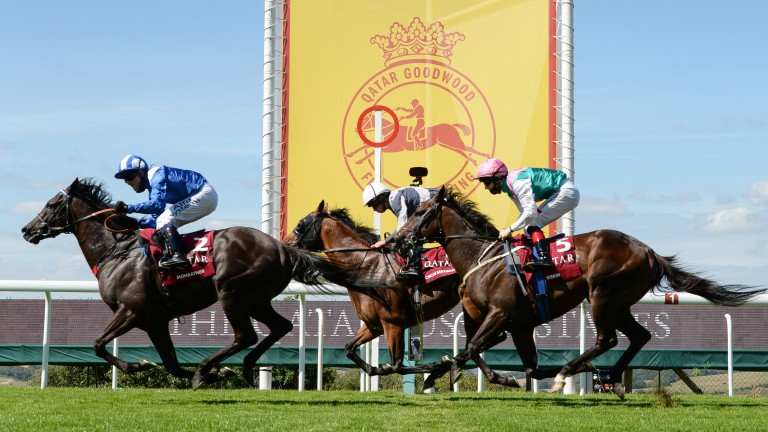 Gold said: "Mohaather won a Group race all three years he was in training and he was an interesting horse because he was neat and athletic, looking like he might be more a seven-furlong type.

"Yet he proved he saw out the mile well and the other thing was he handled soft ground as a two-year-old, but Jim said this year he moved even better on top of the ground. It's unusual to be so versatile in my experience, while the first thing Jim said after Goodwood was the horse definitely had the speed to win a Group 1 over six furlongs."

The Sussex Stakes was the popular Tregoning's first Group 1 since Sir Percy captured the Derby in 2006.

"He had a lovely attitude," Gold said. "He loved his work and was a pleasure to be around, and I'm very sorry for Marcus and his team as they'd just got him going, but he's too valuable [as a stallion prospect].

"It was wonderful to see Marcus with another good horse and we've got to find another now."

Marcus Tregoning back in the big time with exceptional miler Mohaather