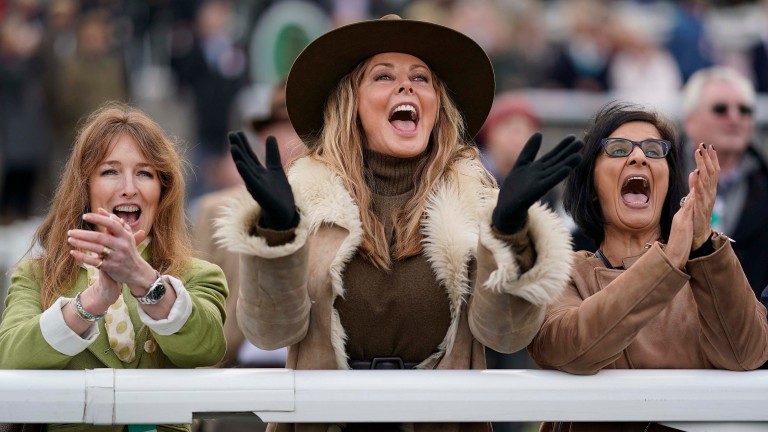 TV personality Carol Vorderman was all smiles at Chepstow on Thursday after Subway Surf landed the mares' bumper.

Vorderman, who found fame as the maths genius on Channel 4's Countdown, is part of the Surf On The Turf partnership that owns the five-year-old, who was ridden by Mikey Hamill and is trained by Kim Bailey.

Vorderman, who had a share in the James Bethell-trained Mare Of Wetwang with late Countdown host Richard Whiteley, was at Ascot last month to see Subway Surf finish a respectable third.

She described that experience as amazing, and was thrilled with the Chepstow result. She said: "That was marvellous, fantastic. Hopefully we're going to have a lot of fun with her.

"We're hoping to go to Cheltenham next month and then again in years to come. We're really dreaming because the festival is the best meeting in the world."

As for Chepstow, Vorderman, who has attended a Welsh Grand National fixture at the track, added: "I do it love it here as it's such a beautiful, friendly, lovely course."

Bailey's assistant Mat Nicholls said: "It's great for Carol and Mindy and the whole yard as this is a lovely filly who will make some hurdler next season."

FIRST PUBLISHED 6:01PM, MAR 21 2019
We're really dreaming because the festival is the best meeting in the world