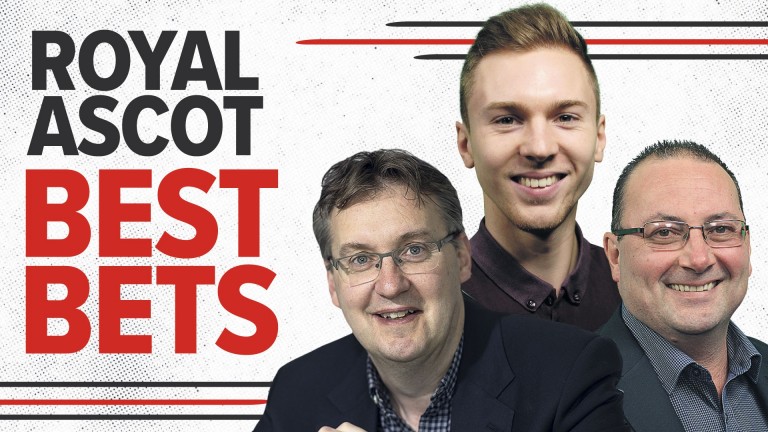 This Ribchester filly, who cost 350,000gns at the Tattersalls October Yearling Sale in 2020 before being shipped to the US, caught the eye of clockwatchers before her debut at Keeneland, where she justified favouritism with a typically speedy performance off the front.

Wesley Ward, who has won the Windsor Castle twice since 2009, believes Ruthin is his best chance of a royal winner. With fast ground forecast, expect her to prove hard to catch under Joel Rosario.
Tom Collins, US tipping expert

George Boughey would win my trainer of the season award hands down and he looks to have plenty of chances going intoRoyal Ascot.

Many will be focusing on his two-year-olds Oscula and Beautiful Sunshine, but keep a close eye on Air To Air in the Britannia as he has taken off since being gelded.

He went up 8lb for winning at Doncaster last week but he needed a rise in the weights to get in the Britannia and the way he scythed through the field off a slow pace strongly suggested he was a long way ahead of the handicapper. Hopefully Jamie Spencer keeps the ride because there is no-one better on the straight track at Ascot.
Tom Segal, Pricewise

A horse's SP can often be affected by their previous SP and that was surely the case when Primo Bacio bolted up at 14-1 last time.

Had she been 5-2 when fourth in the Fred Darling before that she'd have been evens at York because she'd have won handily at Newbury with a clear run.

She proved it was no fluke last time when winning by three lengths despite coming off a sedate pace and there's a chance the best three-year-old filly over a mile in Britain didn't even contest a Guineas.
Paul Kealy, top Racing Post tipster

The Punting Club Royal Ascot special: 'She's my best– and only– bet in a two-year-old race'

FIRST PUBLISHED 4:00PM, JUN 14 2021
Wesley Ward, who has won the Windsor Castle twice since 2009, has labelled Ruthin as his best chance of a winner at Royal Ascot this year