Latest INTO THE BLACK

Tote Group moves back to profit as accounts reveal payments of £6.9m to racing 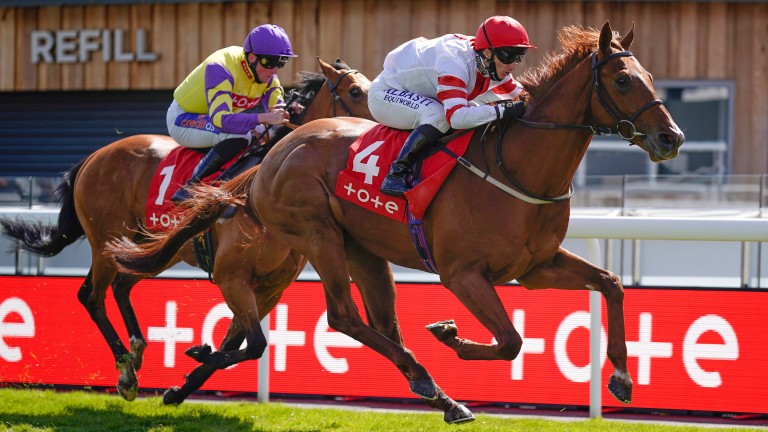 The Tote's latest set of accounts have been lodged at Companies House
Alan Crowhurst
1 of 1
By Bill Barber, Industry editor 6:00PM, JUN 22 2022

The UK Tote Group has moved into profitability, according to its latest set of accounts lodged with Companies House.

The group, which completed the purchase of the Tote from Betfred in October 2019 in a deal valuing the operator at around £115m, said the period had been one of "significant progress", with underlying earnings moving into profit "with foundations now established to deliver ambitious growth plans into the medium term".

UK host pool wagers in 2021 rose by 43 per cent to £413 million, which the group said was a reflection of the reduction in Covid-19 restrictions as well as underlying like-for-like growth.

An investment proposal document circulated in the summer of 2019 by the Alizeti consortium that became the UK Tote Group had predicted a consolidated ebitda profit of £6m in 2020-21, but that was before Covid-19 struck.

Underlying ebitda, which the group said was a fairer representation of the performance of the businesses, had a profit of £2.1m compared with a loss of £3.4m the previous year.

In its deal to buy the Tote, the group purchased the share capital of TPoolco Limited, the business-to-business arm of the Tote which includes Tote Direct, as well as that of TDCO Limited, which operates the online Tote betting brand direct to consumers.

TPoolco Limited produced a "strong profit performance" during the period, with ebitda of £25.1m, up from £15.9m.

However, TDCO Limited generated an ebitda loss of £13.1m compared with a loss of £9.7m the previous year after "significant" infrastructure investment.

The group also made payments to the racing industry of £6.9m as part of its promise to pay the tracks involved in racecourse pool betting operation Britbet at least £50m over seven years.

Communications and corporate affairs director Susannah Gill said: "In our second financial year as owners of the Tote the UK host pool flow grew 40 per cent, with the UK Tote Group becoming profitable as set out in our long-term plans. We remain focused on investing in the business to ensure strong further growth.

"The launch and promotion of Tote Guarantee and Tote+ have transformed the customer value proposition, and we are really pleased by the positive response from customers to the recent launch of our betting tournaments.

"The strengthening of international relationships and further integrations with Tote peers, along with the ongoing development of World Pool, provide us with some exciting opportunities for the business in the months and years ahead."

Royal Ascot last week set a record with gross turnover of £168m for World Pool bets across the five days, an increase of 35 per cent on 2021. 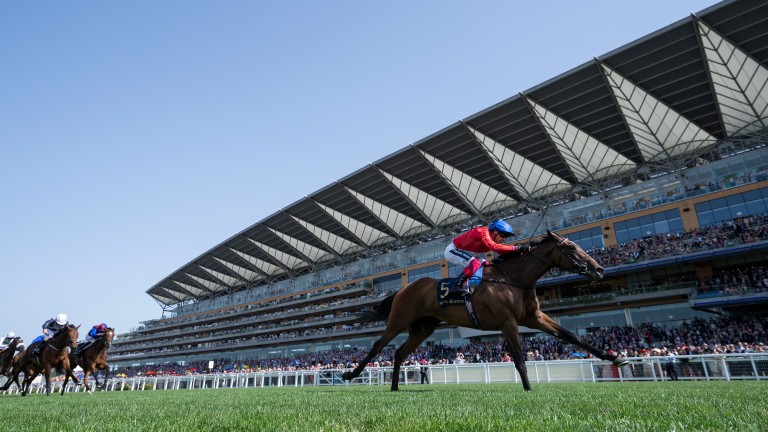 The three biggest pools of the week were on the Coronation Stakes with £6.6m, which overtook the Cazoo Derby as the biggest British World Pool race to date, the Platinum Jubilee Stakes (£6.4m) and the Gold Cup (£6.1m).

The World Pool is a collaboration between Totes across the globe and Hong Kong Jockey Club chief executive Winfried Engelbrecht-Bresges said Ascot had "demonstrated the benefits of international cooperation and commingling with increasing buy-in from major stakeholders".

He added: "This has resulted in improvements to planning and programming right across the 2022 World Pool schedule with a more attractive wagering product resulting in higher returns to the UK racing industry."