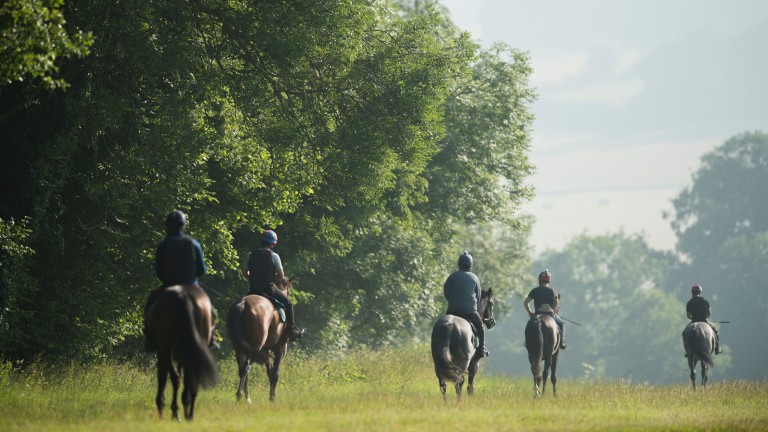 Many members of stable staff are recruited from the EU and beyond
Edward Whitaker / racingpost.com/photos
1 of 1
By David Baxter UPDATED 7:33PM, JAN 28 2020

The government has been recommended to drop the current salary threshold of £30,000 for skilled migrant workers by more than £4,000, news that could prove beneficial to the racing industry and those affected within the workforce who earn below that amount.

Under existing rules, skilled migrants from outside the EU must have a job offer with a minimum salary of £30,000, but the Migration Advisory Committee, an independent body, has recommended that amount be lowered to £25,600 post Brexit.

The committee presented its report to government on Tuesday after being asked to assess the current British immigration system, with Brexit to be completed on Friday.

Last week racing bodies welcomed the idea that the salary threshold could be lowered, with the racing and bloodstock industries heavily reliant on a migrant workforce.

As well as a reduction in the salary threshold, racing is also pushing for various skilled positions to be added to the shortage occupation list.

Work-riders were previously on the list between 2006 and 2011, which details the sectors and specific jobs that are facing significant shortages.

Should that position, or any others in the racing and bloodstock be added, it would aid the industry with its staffing as workers whose qualifications match these roles are encouraged to do so with the application process relaxed to an extent.

Teachers and the NHS would be among other sectors which would benefit from a reduction in the threshold, while the committee also rejected a full switch to a points-based immigration system, based on the Australian model.

Such a system had been laid out as the preferred choice of prime minister Boris Johnson once Brexit had been completed, but MAC chairman Alan Manning dismissed the idea as a "soundbite".

Instead, the committee suggested a mixed system which would rely on a minimum salary threshold for those coming to the UK with a job offer, and a points-based system for skilled workers coming without a job offer already in place.

However, early reaction from Downing Street suggested a points-based system was still likely to come into effect from 2021.