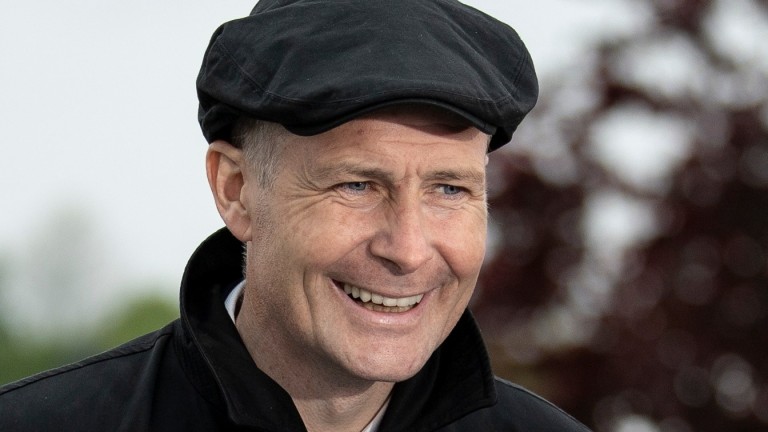 Pat Smullen: won't be riding in the Legends Race on Irish Champions Weekend
Edward Whitaker (racingpost.com/photos)
1 of 1
By Brian Sheerin 11:01AM, AUG 22 2019

Pat Smullen has been forced to withdraw from the Champions Race for Cancer Trials Ireland on day two of Longines Irish Champions Weekend next month on medical grounds.

A statement released by the nine-time champion jockey on Thursday morning read: “Unfortunately I’ve had a setback with my health and have to undergo chemotherapy. On advice from my medical team I am unable to ride in the Champions Race for Cancer Trials Ireland.

“I am bitterly disappointed not to be able to take part in this very special race – I was really looking forward to riding against such a brilliant group of champions, especially at the Curragh.”

Smullen announced his retirement from the saddle in May after recovering from pancreatic cancer. He won 12 European Classics, including a memorable triumph in the 2016 Investec Derby at Epsom aboard Harzand for longtime allies Dermot Weld and the Aga Khan.

The Pat Smullen Champions Race for Cancer Trials Ireland will go ahead as planned at the Curragh on Sunday, September 15 with Sir Anthony McCoy, Ruby Walsh, Charlie Swan, Johnny Murtagh and Paul Carberry among a stellar cast set to return to the saddle for one day only.

There will also be a number of other fundraising activities happening over the weekend for Cancer Trials Ireland – the leading cancer research trials organisation.

Cancer Trials Ireland has two pancreatic trials ready to start – one is a trial on a new drug and another is in radiotherapy – and all proceeds raised over Longines Irish Champions Weekend will ensure that they start as soon as possible.

FIRST PUBLISHED 11:01AM, AUG 22 2019
I am bitterly disappointed not to be able to take part in this very special race