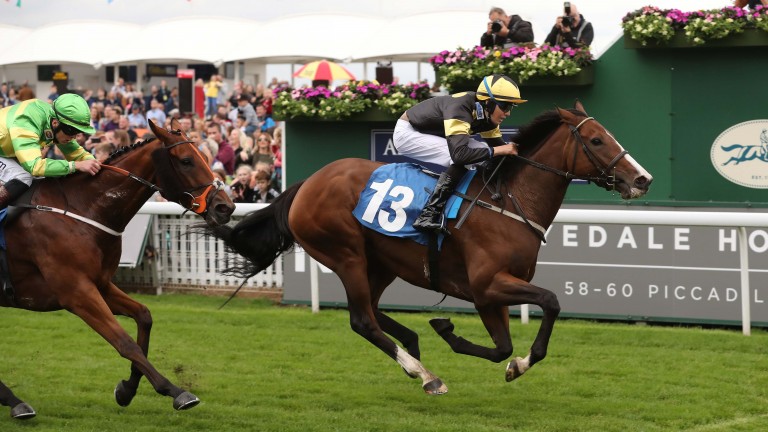 Two contracted workers at Newcastle racecourse have been suspended after an investigation was launched by the BHA into suspicions a horse was doped to underperform at the track last month.

The Mick Easterby-trained Ladies First tested positive for a beta-blocking drug after the 6-4 favourite was beaten 22 lengths and finished eighth of nine behind Alexandrakollontai in a mile fillies’ handicap.

Ladies First, owned and bred by Reg Bond, had won at York 12 days earlier before finishing down the field on the all-weather at Newcastle.

Watch the replay of the Newcastle race

Arena Racing Company, which owns and operates Newcastle, declined to comment on specifics of the case on Wednesday, with a spokesman saying: "We're fully co-operating with the BHA's investigation into the case."

Ladies First, who was ridden by apprentice Scott McCullagh, came under pressure three furlongs from the finish and weakened out of contention soon after, with the jockey informing stewards the filly had never travelled during the race and had hung right. A subsequent routine test returned a positive result.

What is a beta-blocker?

While it is not known precisely the effect beta-blockers have on horses, it is believed they slow the heart rate and therefore can manipulate performance, while also reducing the impact of stress hormones.

Beta-blockers are commonly used by humans to reduce blood pressure, slowing the heart beat by arresting the effects of adrenalin.

David Easterby, assistant to father Mick, said on Wednesday: “The BHA turned up and told us we’d failed a test for a beta-blocker. I personally had a bet on her, a double with Arrowtown, and was expecting Ladies First to run well, and my dad did a treble including her.

“She’d run well on the all-weather before, and on the handicap she was a racing certainty being well-in from her York win, so it was a shock to see her finish 20-odd lengths back. We looked for every conceivable excuse for her below-par run and couldn’t find one.

“We checked her cycle, being a filly, and that was fine. Scott [McCullagh] said she hung early, but when we got her back home she was perfectly fine and we couldn’t find a single thing wrong with her. We just put it down to it being one of those things, as you have to do in racing." 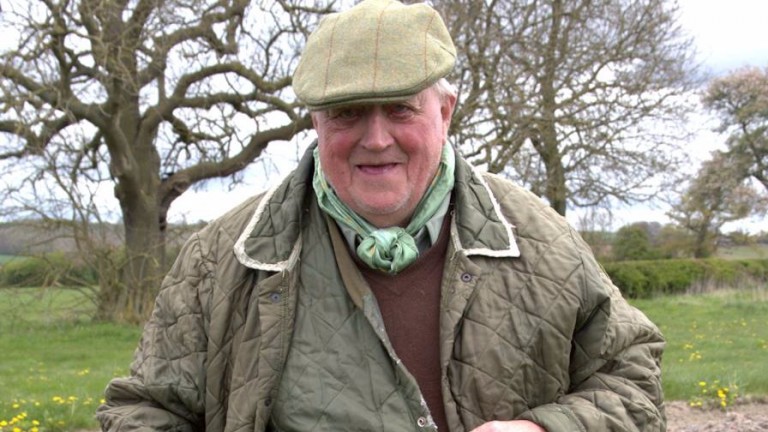 Mick Easterby: the trainer of Ladies First
He added: “I’ve been told two people have been suspended from Newcastle but I don’t know any more than that. Anyone who works in racing has the welfare of the animals at heart and that’s a priority, so I’m certainly not thinking that any of our staff would be considering doing anything like that.

“You spend all day working with racehorses, be it feeding, mucking them out, grooming them and making sure everything is perfect for them, so you can’t see anyone doing anything detrimental to a horse. It just doesn’t add up.”

Equine welfare integrity officers will be analysing CCTV footage from the racecourse stables and will visit Easterby's yard in North Yorkshire as part of the investigation by the BHA.

“Should anyone have any concern or information regarding any integrity matters in British racing we would ask them to contact intel@britishhorseracing.com or call our anonymous 'Racestraight' reporting line on 0800 085 2580.”

FIRST PUBLISHED 10:22AM, OCT 24 2018
We looked for every conceivable excuse for her below-par run and couldn?t find one