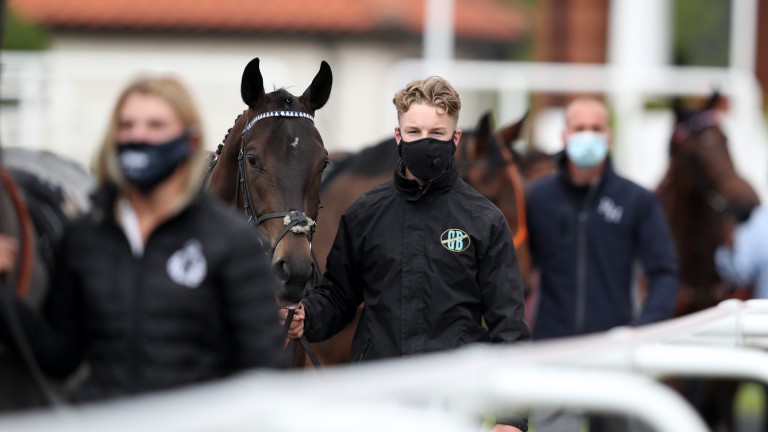 A working party will devise ways to improve the culture of respect in British racing
Pool
1 of 1
By Racing Post staff UPDATED 3:46PM, JAN 27 2022

A newly established cross-industry working party will meet monthly to devise ways to improve the culture of respect in British racing.

The sport's major stakeholders released a joint-statement last month regarding the conduct of racing's participants and among the group's objectives will be to assist in the communication of the new code of conduct and revised safeguarding policies, which are not completed.

Adam Green, the BHA's head of industry training and retention, will chair the working party, and said: "There's been progress in racing in recent years towards improving a culture of respect but it's important that we all acknowledge there's more to be done.

"Having been a part of conducting the code of conduct consultation across the industry, I'm sure there's an overwhelming appetite from all quarters to improve the culture of respect and make sure that everybody involved in the sport is supportive of one another."

The group includes representatives from industry bodies, including the Professional Jockeys Assocation (PJA) and Racing Welfare.

Andry Muinos, owner of two of the outstanding horses of the late 1970s and early 1980s To-Agori-Mou and Ela-Mana-Mou, has died at the age of 83.

Along with her husband Max, Muinos purchased Ela-Mana-Mou for 4,500gns and he went on to win the Royal Lodge and King Edward VII Stakes as well as starting favourite for the 1979 Derby in which he finished fourth to Troy, before being sold to Simon Weinstock. 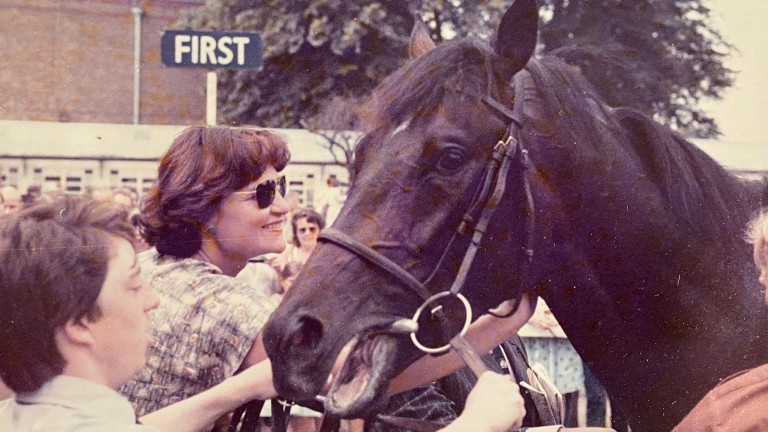 Andry Muinos, who has died at the age of 83, was the owner of 2,000 Guineas winner To-Agori-Mou and Ela-Mana-Mou

Muinos also enjoyed big-race success with To-Agori-Mou, who won the 2,000 Guineas in 1981 and was involved in a memorable series of tussles with the Vincent O'Brien-trained Kings Lake.

In the Irish 2,000 Guineas Kings Lake was first past the post but disqualified for bumping To-Agori-Mou. Controversially, Kings Lake was reinstated by the Irish Turf Club on appeal but To-Agori-Mou gained his revenge at Royal Ascot in the St James's Palace Stakes when jockey Greville Starkey showed his pleasure with a V-sign to Pat Eddery on Kings Lake after passing the post.

Horse Racing Ireland is leading a survey among participants and stakeholders in Ireland's racing and breeding industry to assess issues around health, safety and sustainability.

The survey, which is being run with the Irish Racehorse Trainers Association (IRTA) and the Irish Thoroughbred Breeders' Association (ITBA), opened on Tuesday and is accessible through the Equuip website for four weeks.

Colin Kehoe, from the HRI, said its purpose is to explore the industry's culture towards health, safety and sustainability while the findings will help develop a strategy to make improvements.

This comes a week on from the BHA announcing the opening of an online questionnaire to explore environmental activity in British racing and breeding as part of the industry-wide assessment on sustainability, as commissioned by the Racing Foundation last December.

The BHA's survey is available for all participants in racing or those with knowledge of environmental sustainability. It closes on February 14.

Beverley stalwart and author Ken Brooke dies at age of 81

Ken Brooke, a huge supporter of Beverley who wrote Horse Racing In Beverley And Yorkshire, has died at the age of 81.

His Cheltenham preview nights raised tens of thousands of pounds for Jack Berry House in Malton and he was awarded the British Empire Medal for his work for charity.

A service to celebrate his life will be held at 1.30pm on Monday February 7 at Haltemprice crematorium. Family flowers only and no black attire requested at the service.

Betfair have announced that jump jockey Bryony Frost will serve as a new brand ambassador for the leading bookmaker.

Frost, whose boss Paul Nicholls is also partnered with Betfair, will share her views on racing and thoughts on her upcoming rides across a range of Betfair's channels.

The rider said: "I'm super excited to become a Betfair brand ambassador. Being part of the Ditcheat team with Paul Nicholls means I've seen first hand how great a crew they are to work with.

"This is a very important part of the season with all the spring racing festivals fast approaching and we have some really exciting plans over the coming months."

The Injured Jockeys Fund is to stage a special charity race on Al Shaqab Lockinge Day at Newbury on May 14 to celebrate the Queen’s Platinum Jubilee.

The race, the first on the card, will feature 12 riders, all experienced but from a diverse demographic, and be run over a mile and a quarter. Applications for entries are open now and will close on Friday, with each rider expected to bring in a minimum sponsorship of £5,000.

IJF chief executive Lisa Hancock said: "With HRH The Princess Royal as our patron, and her grandmother, HRH The Queen Mother before her, we wanted to do something to honour and celebrate this historic Platinum Jubilee year.

"With Newbury being a racecourse often visited by HM The Queen, we thought this would be the perfect venue. On the day, we will be welcoming guests and beneficiaries of the fund to both support the riders and highlight the important work the fund has done for well over 50 years."

ITV Racing has announced it will show action from the second day of next month's Dublin Racing Festival.

The broadcaster will show 11 races on Saturday February 5. The line-up will comprise five races from Sandown, three from Musselburgh, one from Wetherby and two from Leopardstown on the opening day of its two-day festival. The highlight is the Paddy Power Irish Gold Cup, one of eight Grade 1s staged at the meeting.

There will then be live action from the second day of the festival on February 6, featuring the Ladbrokes Dublin Chase and the Chanelle Pharma Irish Champion Hurdle, in which Honeysuckle is set to bid to maintain her unbeaten record.