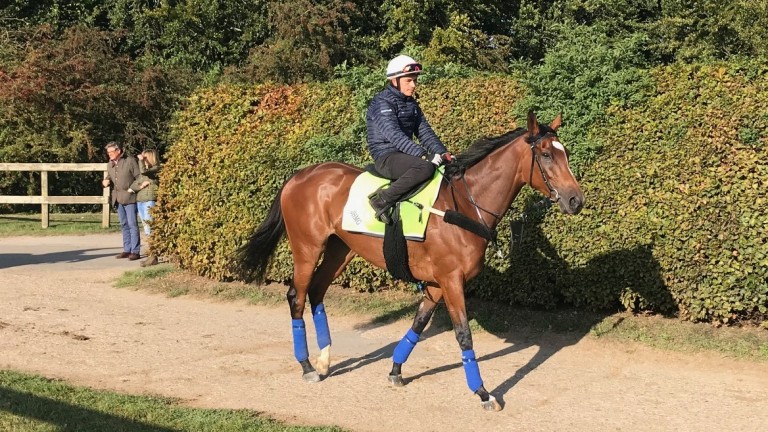 Enable is in great form to "attempt the impossible" of winning a third Prix de l'Arc de Triomphe in Paris next month, according to trainer John Gosden.

The six-year-old sailed through her second piece of work since her warm up win at Kempton two weeks ago on the Al Bahathri in Newmarket on Saturday morning, watched by her owner Khalid Abdullah's racing manager Teddy Grimthorpe among others.

Ridden by her regular partner Ben De Paiva, Enable moved beautifully in a solo exercise over a mile to leave connections in a positive mood for the task ahead at Longchamp on October 4.

Gosden said: “Enable is very happy and well. She has been fine since the race at Kempton, the Unibet September Stakes, and she enjoyed that outing. It’s [the Arc] a massive task, a big mountain to climb again. If it had gone right last year, she obviously wouldn’t be trying to do it this year."

Enable is generally second favourite at 9-4 behind Love for the Arc and Gosden said: "It looks a fantastic race. Aidan O’Brien is fielding a wonderful filly in Love, who naturally being a three-year-old gets all the weight, which Enable benefited from when she won as a three-year-old, and there are some great older horses. It's very exciting.

"At the moment it will be fast ground, we will see what the weather does. She would like to get her toe in a little bit. She's in great form to attempt the impossible. Frankie [Dettori] will hopefully be here next week to ride her in some work and help bring her up to the race.”

Gosden is all set to have a second Arc representative in champion stayer Stradivarius, who was just touched off in his trial over course and distance in the Group 2 Prix Foy.

The trainer, speaking during Newmarket's virtual Henry Cecil Open Weekend, said: "In the Foy, Mickael Barzalona was riding Anthony Van Dyck and he went nice, gentle fractions. In the French trials they do not like to overdo them, they come into the straight and then kick.

"I thought for a two-and-a-half-mile Ascot Gold Cup winner he showed great acceleration down the straight. The other horses behind never got to them. I thought both horses ran lovely races and I could not have been happier with him.” 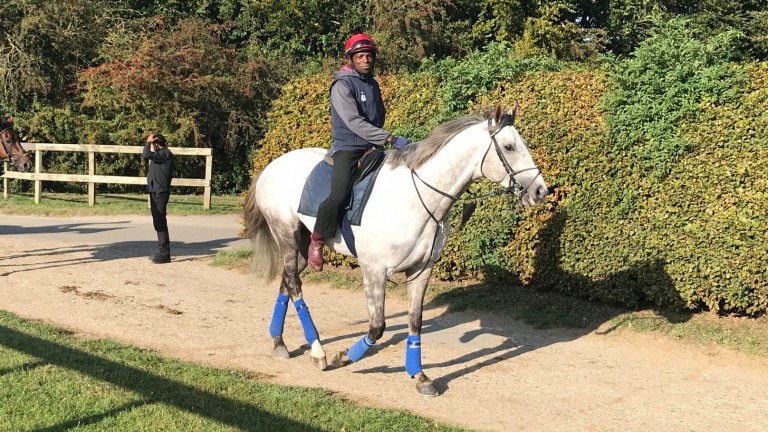 Logician heads to the Al Bahathri on Saturday morning

Gosden also watched last year's St Leger winner Logician put through his paces on the Al Bahathri and the grey is likely to have one more run this year before being put away with 2021 in mind.

The master of Clarehaven Stables said: "He had peritonitis, which is the most desperate thing – the Newmarket Equine Hospital saved his life. He came back – it was a two horse conditions race – but what a lovely way to come back at Doncaster, where he had won the St Leger the year before. He took the race well.

"I don’t think we'll try and do anything too flash this autumn. I think if we stay sensible, something like the Group 3 Cumberland Lodge Stakes at Ascot [October 3] could suit. We can try and nurse him back up the ladder a little bit, then hope he will be in good order for next year.”

The Henry Cecil Open Weekend is raising money for Racing Welfare, the British Racing School and the Racing Centre. For more information, video tours and to donate, visit www.thehenrycecilopenweekend.co.uk.

'Game on!' Gosden says Enable all set for Love match after Kempton stroll

FIRST PUBLISHED 12:36PM, SEP 19 2020
Frankie [Dettori] will hopefully be here next week to ride her in some work and help bring her up to the race

The Lir Jet completes key Chelmsford gallop before Breeders' Cup mission The going concern about which this pro punter can hold his tongue no longer Ascot officials satisfied with ground despite Gosden's Stradivarius comments The big beasts feel pain of defeat too when there is less cash to spread around Hollie Doyle lands first two at Ascot and maiden Group 1 in Champions Sprint Sink or swim? Five horses who will thrive on soft ground on Champions Day