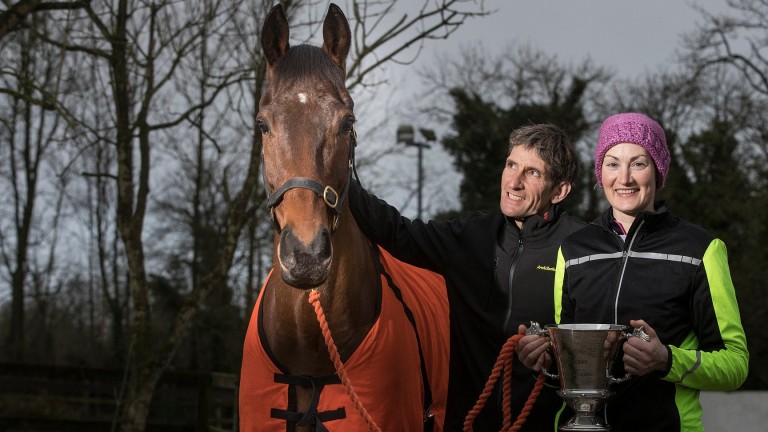 There has not been a Punchestown festival in the last decade without an appearance from course stalwart Enniskillen, but the popular veteran has appeared at his favourite track for the final time, with connections announcing his retirement at the age of 16.

The Peter Maher-trained mainstay was seen in action twice at last week's meeting – slipping up on the first occasion before finishing a well-held fourth in the hunter chase for the Bishopscourt Cup – and those efforts took his number of Punchestown festival appearances to a remarkable 17. 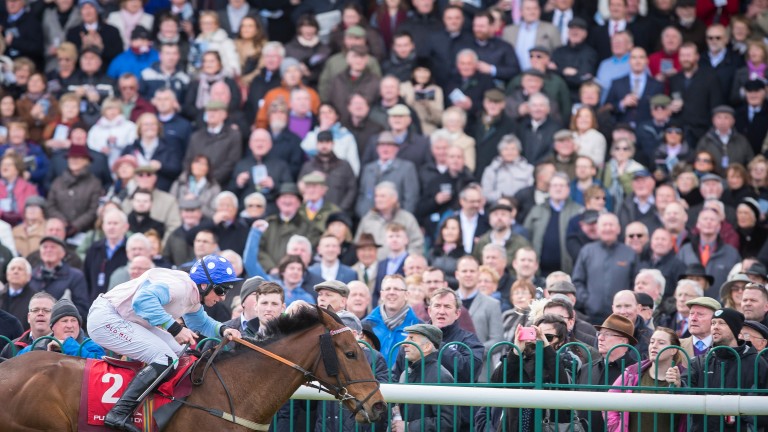 Enniskillen was by no means the most talented horse to ever grace the five-day extravaganza, but the Punchestown regular gained the admiration of plenty through his regular sightings in banks and farmers races.

The track – located just over ten kilometres from his stable door – was the scene of his five career successes having competed there on 38 occasions.

"He's been part of the furniture and a much-loved member of the yard since arriving at our gates 13 years ago," said Maher.

"He might not have been the best horse but he wore his heart on his sleeve and always gave you value for money."

The trainer added: "It's a shame he didn't get his final run in front of a packed house at Punchestown this week because he had a great local following. 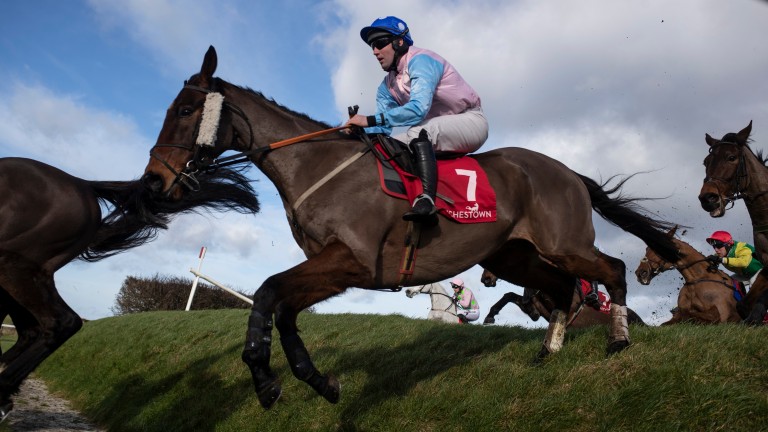 Owner Albert Weld on Enniskillen: "It's a sad day for us but we're delighted he's retired in one piece"
Patrick McCann (racingpost.com/photos)

"He's home safe and well after his 17th festival run and he still looks a picture. As always, he even picked up a bit of prize-money but at 16 it's time to drop the curtain on the Enniskillen stage!"

Owner Albert Weld said: "It's a sad day for us but we're delighted he's retired in one piece and he'll now enjoy a long and happy retirement after years of consistent performances, giving us so many thrills along the way.

"Enniskillen is a credit to Peter and all the team caring for him to have enjoyed such longevity throughout his career."

FIRST PUBLISHED 5:00PM, MAY 4 2021
He might not have been the best horse but he wore his heart on his sleeve

Henry de Bromhead: Envoi Allen flop was down to a chipped joint 'He was the easiest man to find - he's spent the week in the winner's enclosure' 'Amazing' Jeff Kidder continues remarkable rise with Grade 1 success Townend confirmed as champion again as Gaillard Du Mesnil gets second Grade 1 'I think they will all have to go to beat her' - Shark Hanlon on Skyace We doff our hats to you, Willie, and well done to Patrick, Paul and Simon too