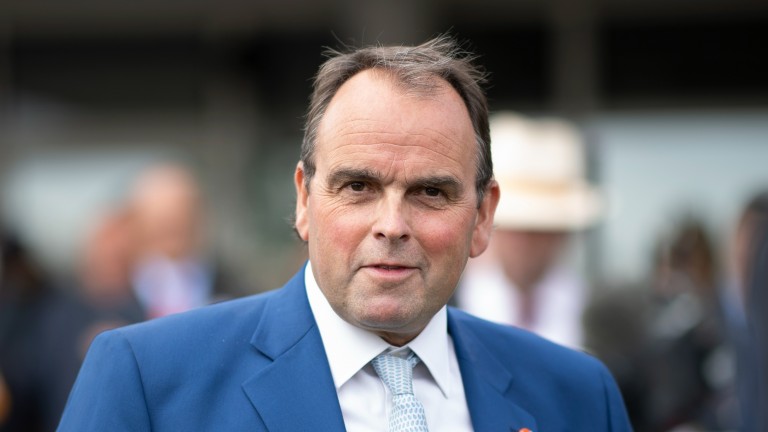 I was okay until about 1.30 – maybe it was too many glasses of red wine – but suddenly the nerves kicked in when John [Gosden] took out Stradivarius and we got shorter and shorter
Alan King expresses his delight at saddling a first Group 1 winner with Trueshan in the Goodwood Cup

They are two bay fillies that look exactly the same. One has a tiny little bit of white on the back of her hind coronary band but they are the same size and very similar. It has never happened to me before, but I suppose it is always an accident waiting to happen
Jessica Harrington apologises after accidentally running the wrong horse in a two-year-old fillies' maiden at Galway

She wasn't healthy in the Guineas and she was still only beaten by two lengths. If she was healthy, I think we'd be looking at the 1,000 Guineas winner
Oisin Murphy savours his Group 1 success on Alcohol Free, who can be "quite a handful"

The dapples in his coat, he was like a horse getting ready for the Dublin Horse Show rather than coming here
Willie Mullins comments on Galway Plate winner Royal Rendezvous's conditioning before his big-race victory

I had six months off, went into rehab and took it all very seriously and it paid off. It's been a long journey but it's worth it
Kieran Shoemark reflects on the past after riding his first Group 1 winner on Lady Bowthorpe in the Nassau Stakes

'I'd never go back to the supermarket – who wants to queue up and waste time?'

FIRST PUBLISHED 6:00PM, JUL 31 2021
The dapples in his coat, he was like a horse getting ready for the Dublin Horse Show rather than coming here