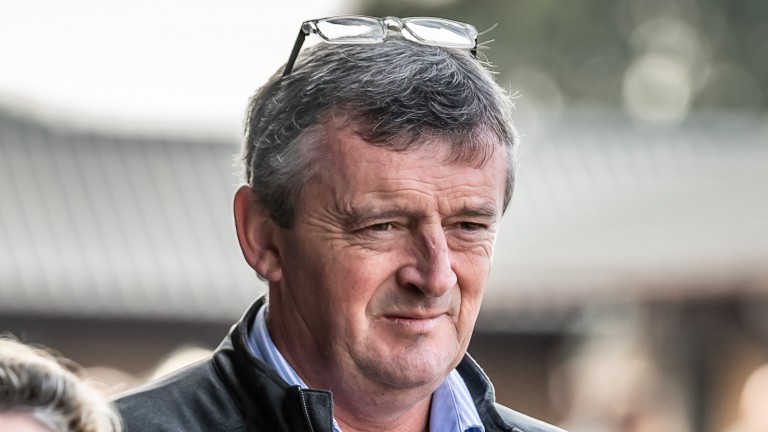 Even if you go racing you're not always winning – nine times out of ten the owner won't be – but it's about going out, seeing the horse, the connections and all the friends that go with it
Leading owner Johnny de la Hey reflects on the joy of owners returning to the track last Monday

Brian is in front, the place everyone wants to be, and has the advantage. As a brother, nothing would give me greater pleasure than to get Harry across the line
Dan Skelton encourages his brother Harry on as the jump jockeys' championship race heats up

My husband was in tears on ITV and we were just utterly euphoric. It was unbelievable and something we could not have imagined. We were joyful, so proud and it was all so poignant
Diana Whateley on her husband's emotional reaction to Menorah's last hurrah, recalled in this week's Fans' Favourites interview

For a small yard to be represented in the bigger handicaps would be great and I'd say he'd be ready to run in the middle of May, but he'd have to win to stand any chance of getting in at Royal Ascot!
Trainer Mark Usher jokes of lofty targets for his returning star Miracle Of Medinah, who has lived up to his name with an unlikely comeback

If you've never been to Newmarket, scribble it down on the 'to do list', because if you love horses and you want to see how a major training centre works, go there for a morning, you will be intrigued and fascinated. This was William Haggas's string yesterday on Warren Hill. pic.twitter.com/JqHrGiOTI3

Red Rum won his third Grand National when he was 12, after he was dropped 7lb, but I suppose Tiger will have to wait until he's 17 to try to win his third by the way the English handicapper is carrying on
Eddie O'Leary maintains his stance that Betway Bowl-bound Tiger Roll has been incorrectly rated by the British handicapper

The Gold Cup is in my kitchen – what on earth is that doing there? It's mad
Henry de Bromhead relives a dominant Cheltenham Festival for his yard

So today Goodgirlteresa heads to @FfosLasRC for her last racecourse appearance before she starts her new career as a mummy. What a star she has been for her syndicate. Crossing fingers for a safe return & she enjoys her last spin with @Joshua_N3wman pic.twitter.com/IXww2JpjBQ

With a horse like him, why bother stopping celebrating? I think racing has lost that zest for wild celebrations
Anthony Knott recalls his racecourse antics when owning the prolific Hunt Ball

FIRST PUBLISHED 6:00PM, APR 3 2021
With a horse like him, why bother stopping celebrating? I think racing has lost that zest for wild celebrations